How to clean up the Oceans while making alternative fuels

From Oil Price by Gaurav Agnihotri

Plastic is one of the most widely used petroleum-based consumer and industrial products, used in a wide variety of applications such as packaging, construction, automobiles, toys, furniture and piping.
In spite of its utility, the biggest limitation of plastic is that it is mostly non-biodegradable and the majority of the waste plastic ends up in the ocean gyres.

Due to the sheer size of the oceans, it is virtually impossible to clean them using the standard nets and vessels.
Even if a clean-up of such magnitude is envisaged using such a method, it would take around 79,000 years to complete and the costs would run into the tens of billions of dollars.
However, there is one company that has a solution to this seemingly impossible task.
Founded in 2013, The Ocean Cleanup is a firm that wants to introduce a new and innovative solution for cleaning the world’s oceans.

The “garbage patches” are not giant, floating islands of trash,
but rather, ocean gathering places for what are mainly tiny bits of plastic dispersed
throughout the water column, with some larger items as well. (NOAA)

Initiating the ‘largest clean-up’ in the history

It is estimated that around 8 million metric tons of plastic ends up in world’s oceans every year.
According to a report by Trucost and Plastic Disclosure Project, our marine ecosystem suffers damages of around $13 billion each year due to plastic pollution.
Of all the plastic waste that is entering the oceans, a large part gets accumulated in 5 ocean gyres where the currents meet (figure below):

The Ocean Cleanup Array would utilize the natural ocean currents by employing elongated floating barriers to capture the plastic waste.
The floating barriers would be designed for large scale deployment and would cover millions of square kilometers without moving.

According to research conducted by the company, a 100-kilometer array that is in use for ten years would have the capability to remove close to 42 percent of waste from the Great Pacific Garbage Patch.


With an average clean-up cost of $5.1 per kg, the Cleanup Array technology is going to be deployed by the second quarter of 2016. 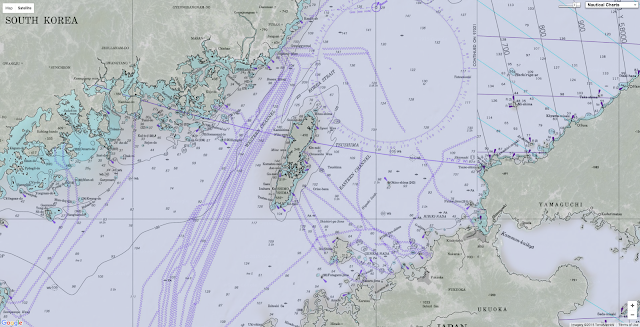 The array would be close to 2000 meters in length and will likely be deployed off an island called Tsushima which is located between the waters of South Korea and Japan.

The new system would operate for two years (at least) and would try to grab the plastic waste before it reaches the shores of Tsushima Island.
The company also plans to deploy a 100-km long array for cleaning up the Great Pacific Garbage Patch in the coming five years.

What to do with all the plastic waste?

According to estimates from the Ocean Cleanup Group, a 100-km array in use for ten years can collect close to 70,320,000 Kgs of garbage (which would be mostly plastic waste).
So what should be done with such a vast trove of leftover plastic?
There are several companies that could convert plastic waste into liquid fuels.
Plastic2Oil is one such clean energy company that is converting waste plastics into low sulfur–ultra clean fuel that does not require any further refining.
However, the company currently accepts only industrial and post-commercial plastics which are unwashed and found in industrial waste streams.

There are also pyrolysis plants that recycle the waste plastics into fuel, oil (pyrolysis oil), gas and other important materials through catalytic conversion processes.
Pyrolysis is a process which can accept any kind of polymer or a mix of plastic polymers, making it an effective solution for recycling all kinds of plastic wastes.
In fact, techniques such as ‘Microwave Induced Pyrolysis of Plastic wastes’ are now emerging, which are considered to be even more effective and comprehensive than the standard pyrolysis technique.

Authorities at Tsushima Island plan to utilize the plastic waste once it comes out of its waters.
Japan has several pyrolysis plants which produce fuel that is used for generating power with the help of diesel generators.
With these developments in place, The Ocean Cleanup Campaign can not only help reduce the global plastic pollution but also help create alternative forms of energy, which would reduce consumption of conventional fossil fuels.
However, a lot depends on the success of its upcoming pilot project in 2016.