Smartboard turns any surfer into an amateur ocean conservationist

Below the surface, the ocean offers researchers a wealth of information on climate change.

From Wired by Issie Lapowsky

Benjamin Thompson is a surfer.
You would know it even if I hadn’t told you, and even if you hadn’t seen the photo of Thompson where he’s barefoot on the sidewalk, holding a surfboard.
You’d know it because he says stuff like this: “Most technology is pretty rad, like it does this cool thing to make my life easier, but at the end of the day, we’re just growing more and more disconnected from nature and our birthright as engaged humans and animals in our environment.”

So, yes, Thompson is a surfer, but what’s equally important to know is that he’s also an engineer.
And now, Thompson is using this rare combination of skills to build a new product that could radically expand our understanding of the world’s oceans. 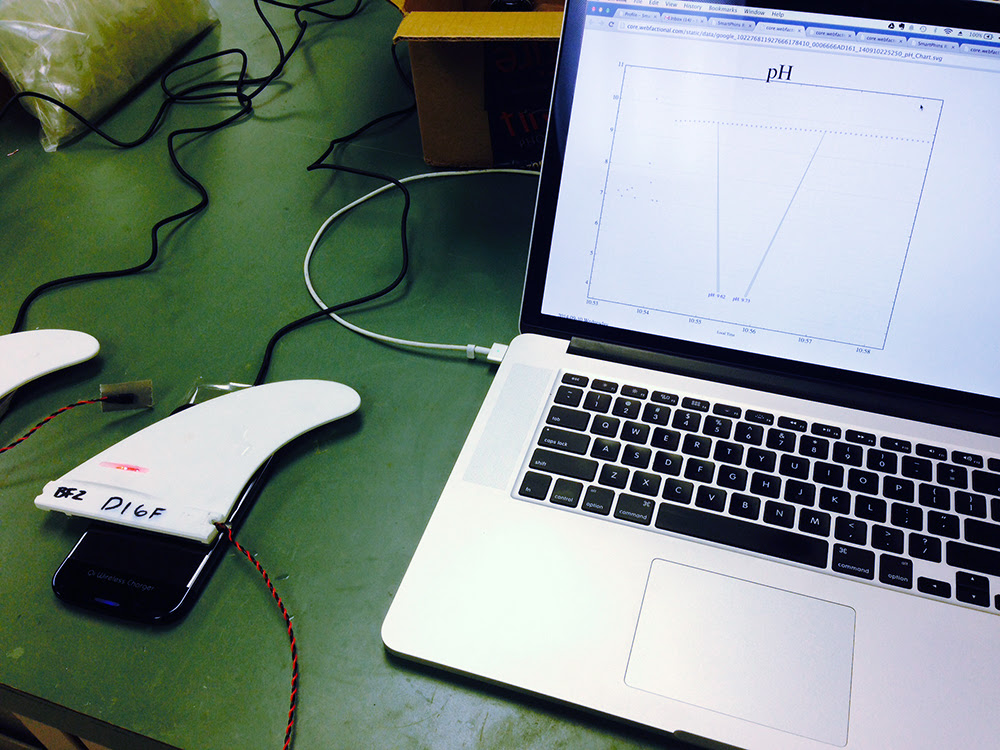 It’s called Smart Phin, and it’s the product of a partnership between Thompson’s consulting startup, Board Formula, and a small environmental non-profit called the Lost Bird Project.
Smart Phin is a surfboard fin equipped with a special sensor that not only tracks a surfer’s location, but also measures the temperature, salinity, and acidity of the water to give researchers insight on the impact of climate change over time.


Watch University of California, San Diego mechanical engineering undergraduates give a tour of the surfboard they outfitted with a computer and sensors -- one step toward structural engineering Ph.D. student Benjamin Thompson's quest to develop the science of surfboards (2010)

Thompson has been developing the fin for about two years, and it’s still very much in the testing phase, but this fall, he got a major vote of confidence from the industry when he was selected as one of 18 teams competing for the $2 million Wendy Schmidt Ocean Health XPRIZE.
Now, Thompson must prove that the device can withstand the harshest—or dare we say gnarliest—waves the world’s oceans have to offer and still deliver accurate results.
If it works, Board Formula could help turn surfers around the globe into a fleet of citizen scientists, crowdsourcing information on what is, perhaps, Earth’s most opaque natural resource.

In a world that grows more “Big Data”-obsessed by the day, the amount of information we have on the world’s oceans remains curiously small.
In fact, according to the National Ocean Service, less than 5 percent of the world’s oceans have been explored.
There’s good reason for that.
“You put anything in the ocean, and it gets pounded to death, critters grow on them, the temperature changes, and ions corode the metal,” says Paul Bunje, senior director of oceans at the XPRIZE Foundation.
“Stick something in the ocean, and it wants to get destroyed very quickly.” 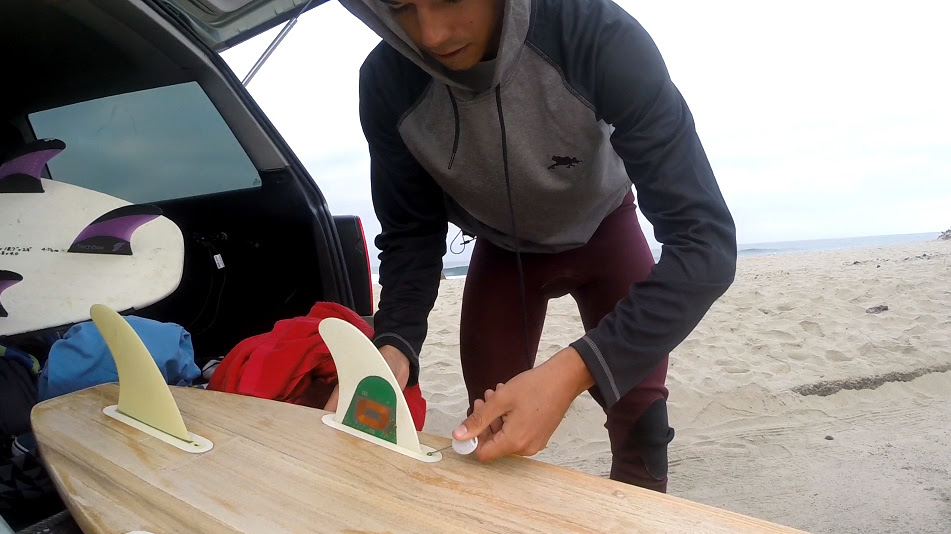 It’s particularly tough to collect information near the shore, where waves are crashing.
An innovation like Smart Phin could change that.
“Surfers are going in the water everyday. They’re in the most critical, hostile zone, and they’re doing it willingly, and they’re doing it for free,” Thompson says.
“We’re chopping of a whole section of the cost of research, and that could be a real paradigm shift in the way data is collected.”

Thompson didn’t set out with this mission when he first founded Board Formula back in 2010. Initially, he was simply trying to convince the surfing industry that their boards could be greatly enhanced by a little engineering.
But no one was buying it.
What Thompson needed, he realized, was proof.
So he started designing a sensor that would monitor how surfboards change shape in water.
“The intention was to collect as much information as possible on surfboards, so I’d be able to say: ‘See? You should pay me to engineer things,'” Thompson says.

A close-up of the smart chip

Instead, this novel sensor caught the attention of Andy Stern, executive director of the Lost Bird Project.
Stern is all too familiar with the challenges of tracking the changing oceans, particularly near the shore, where waves are always crashing.
“I thought: ‘We could be sticking these fins on boards all over the world,'” Stern says.

Since then, Lost Bird Project has been the sole backer of the Smart Phin, and will have distribution rights once the product is complete.
But it could take some time to get to a commercial product.
In addition to the rigorous testing being done through the XPRIZE Foundation, the sensor is also being vetted by the Scripps Institution of Oceanography at UCSD.

Once it’s complete, Thompson says the plan is to sell the fins in stores, but open source the data so that other developers can build their own consumer apps on top of it.
Thompson, for one, is pretty “stoked” about the possibilities.
“Ultimately, it comes down to making surfers stakeholders, making them part of the process,” he explains.
“We’re saying: ‘Here’s the information. You’re part of collecting it, and you have the capacity to make a difference in people’s relationship to the ocean.'”