Mexico’s Guadalupe Island is seasonal home to dozens of adult great white sharks, but as far as anyone knows, none is as large as a monstrous female nicknamed Deep Blue.

The massive predator, measuring 20-plus feet and boasting the girth of a fat hippo, was featured last year by the Discovery network, which aired part of a tagging effort that involved local researcher Mauricio Hoyos Padilla.


The shark, perhaps 50 years old, was said to be one of the largest white sharks ever tagged and videotaped, and on Tuesday Hoyos posted newly released footage of the same shark on Facebook, under the title, “I give you the biggest white shark ever seen in front of the cages in Guadalupe Island… DEEP BLUE!!!” 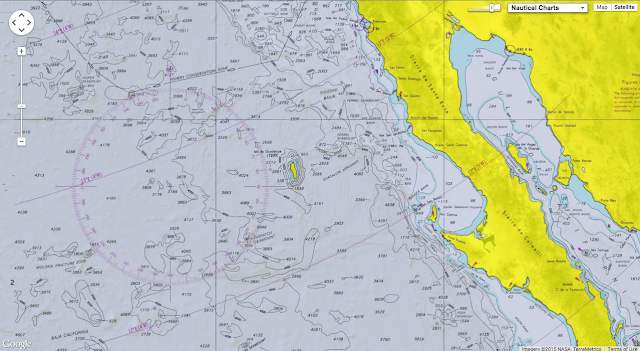 Guadalupe island with the GeoGarage

The footage reveals how small the divers in the cage appear to be, compared to the seemingly pregnant shark, which can be seen investigating objects around and attached to the cage, but ignoring the divers in a roof-less submerged steel cage.

Hoyos, reached Tuesday via email, said he discovered the 50-second clip this week in his computer. He could not remember who was behind the camera, only that the footage was obtained about the same time as when the Discovery crew was on site, in the fall of 2013.

That’s prime time for shark sightings at Guadalupe, which is located 165 miles west of Ensenada, in Baja California.

Divers and shark enthusiasts travel from all over the world to view white sharks in the gin-clear water beyond the island, which boasts an elephant seal colony, which is attractive to the sharks.

The clip was viewed more than 800,000 times and shared more than 16,000 times in the first 20 hours since it was posted on Hoyos’ Facebook page.
Comments, mostly in Spanish, contained terms such as amazing, wow, and beautiful.

After all, who wouldn’t want to check out one of the largest white sharks ever videotaped, and the largest ever to grace curious cage divers at picturesque Guadalupe Island?