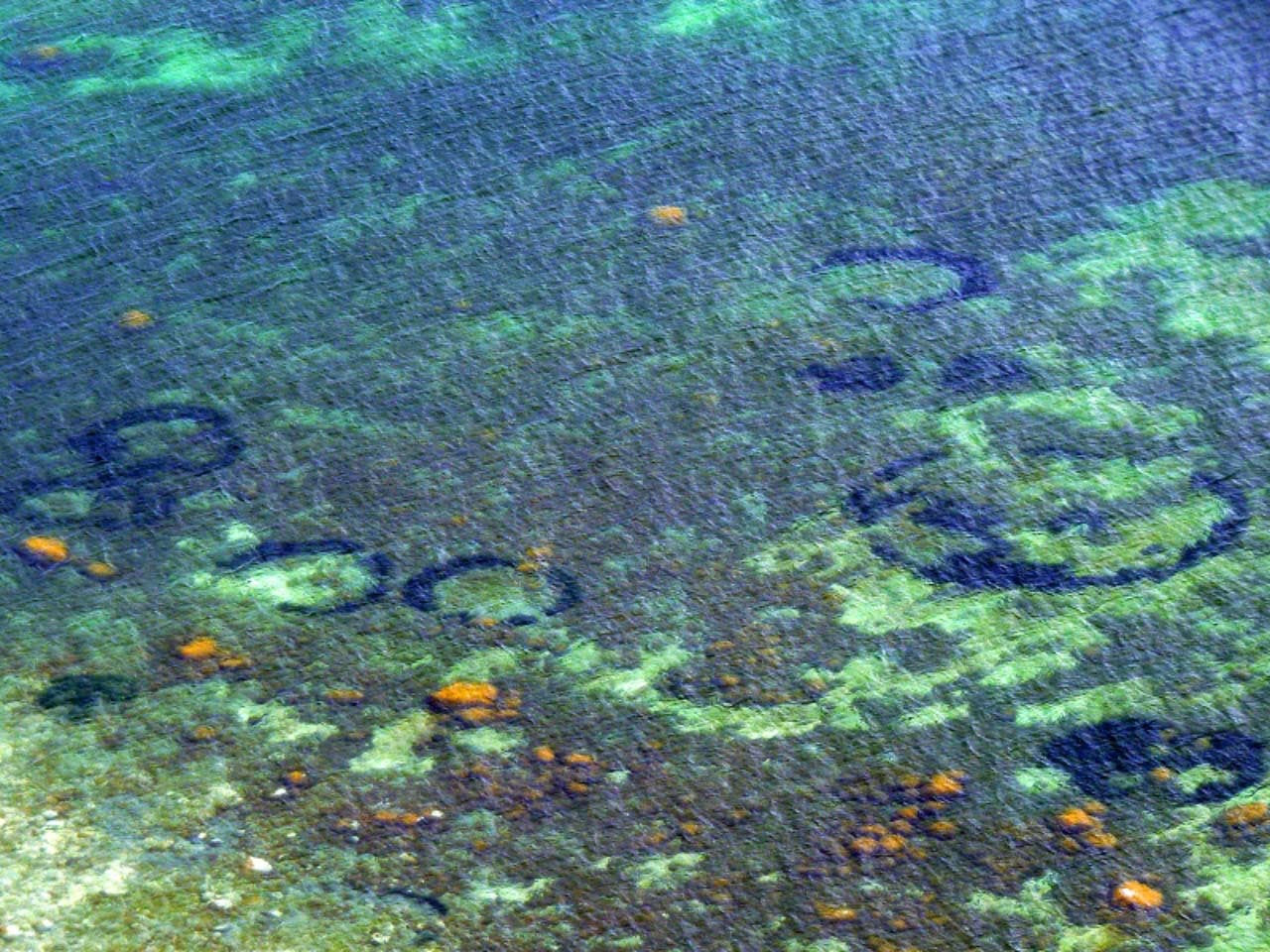 This image shows mysterious ‘crop circles’ on the seabed off the Island of Møn, Denmark.
Image credit: Jacob Topsøe Johansen.

Mysterious underwater rings of eelgrass, off the coast of Denmark, are the result of poison, biologists say.
The rings weren't created by fairies, bombs, or visiting aliens, say researchers.

They're not the work of World War II bombs or aliens or fairies.
Instead, mysterious underwater rings spotted off the coast of Denmark are the result of poison, biologists say.

Striking rings of green eelgrass — some of them up to 49 feet (15 meters) wide — can occasionally be spotted in the clear Baltic water off the coast of Denmark's island of Møn.
The formations were captured in tourist photos in 2008 and again in 2011, sparking the type of speculation that's usually reserved for crop circles. 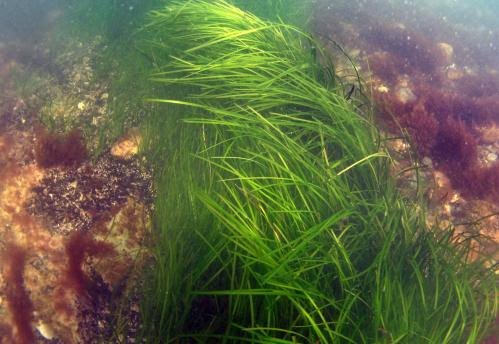 This is an eelgrass plant growing off the cliffs of Island Mon in Denmark.
The plants create a circle formation. Credit: Ole Pedersen

But biologists Marianne Holmer from University of Southern Denmark and Jens Borum from University of Copenhagen assure that the circles have "nothing to do with either bomb craters or landing marks for aliens."
"Nor with fairies, who in the old days got the blame for similar phenomena on land, the fairy rings in lawns being a well known example," Holmer and Borum said in a statement today (Jan. 30).

On Sunday, June 19, 2011, this quincunx of five circles
was videotaped underwater where Nils Natorp, Manager of the Mons Klint
Research Center on the eastern coast of the Danish island of Mon in the Baltic
Sea, was taking visitors on a field trip.
Mr. Natorp contacted two divers to go in the water to see what the circles were made of and the divers confirmed the plants are eelgrass.
But how the circles were made to persist in the water was still a mystery.
Aerial video of the June 19, 2011,

The biologists concluded that the rings formed because of the radiating pattern in which the eelgrass grows — and dies when exposed to toxins.
In the mud around the eelgrass, the scientists detected high levels of sulfide, a substance that's poisonous to eelgrass and can build up naturally in a chalky seabed like the one off Møn (or unnaturally when agricultural pollutants enter an ecosystem).
"Most mud gets washed away from the barren, chalky seabed, but like trees trap soil on an exposed hillside, eelgrass plants trap the mud," Holmer and Borum explained.
"And therefore there will be a high concentration of sulfide-rich mud among the eelgrass plants."
Though it might resemble a type of seaweed, eelgrass is actually a flowering plant.
And when it grows, it expands outward in all directions, creating circle-shaped colonies.
While healthy adult eelgrass plants seem to be able to withstand the sulfide in their environment, the old plants at the heart of the colonies drop dead, the researchers said.

"The result is an exceptional circular shape, where only the rim of the circle survives — like fairy rings in a lawn," Holmer and Borum added.
Fairy rings in a lawn are typically blamed on the outward growth of fungi, but other fairy circles on land have long puzzled scientists.
A famous example can be found in the desert grasslands of Namibia in southern Africa, where researchers have offered up a wide range of explanations for the vast field of circular patches, from ants and termites to gas seeps and resource competition.

The explanation for the eelgrass fair rings is detailed in this month's edition of the journal Marine Biology.
Posted by Peio at 1:21 AM