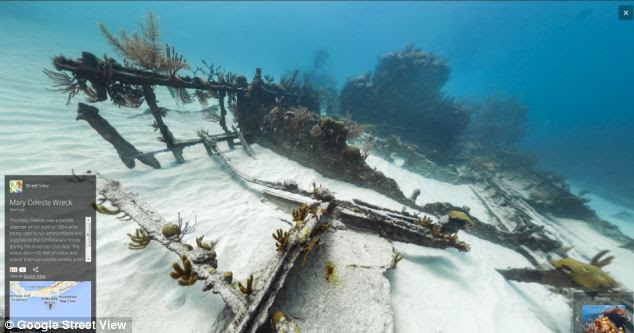 Explore this historic ship yourself without getting wet
using the following link.

Google has teamed up with the Caitlin Sea Survey, an environmental survey project partnered with the University of Queensland, to provide panoramic views of the sunken civil war vessel the side paddlewheeler steamer Mary Celestia.

The program is an extension of the Google street view technology most of us are already familiar with, except Seaview, as it is familiarly referred to, shows life-like images underwater.
Google Seaview already allows browsers to navigate full 360 degree views of some of the most famous reefs in the world, but with this new addition you can explore one of Bermuda’s most historic shipwrecks without every getting your feet wet. 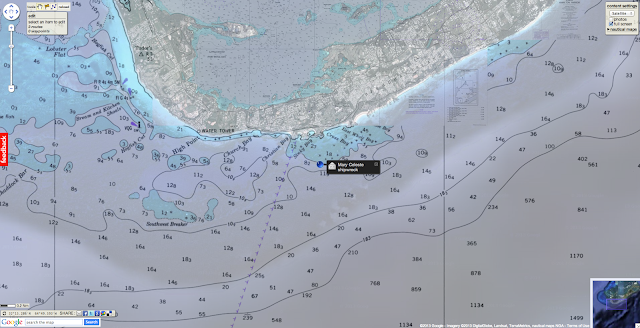 The Mary Celestia is one of the most heavily dived sites in Bermuda drawing attention from diving enthusiasts and history buffs alike.
Registered at 207 tons, the Mary Celestia first set sail in February of 1864.
The vessel, a 221 foot iron-hull paddle steamer, was used as a blockade runner towards the end of the civil war.
It was originally made by the Liverpool Shipyard of William C. Miller and Son and later commissioned by William and James Crenshaw, two brothers from Richmond Virginia to help them transport goods to England and other colonies. 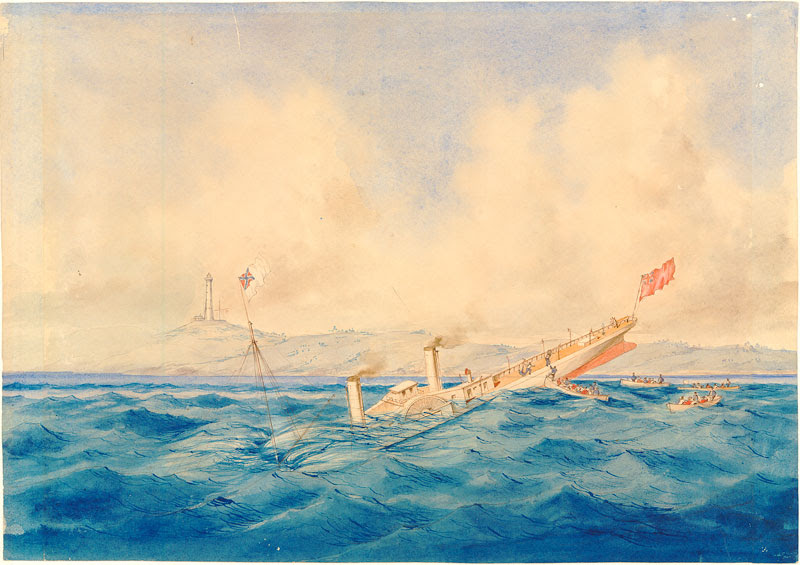 On its last voyage September 6, 1864, the steamer was smuggling ammunition and riffles to Wilmington.
As the ship approached the shore to drop off William Crenshaw and his pilot John Virgin, it collided with a reef several hundred yards off of Gibbs Hill Lighthouse and sunk down 55 feet to where it rests today.

Mary-Celestia from LookBermuda | LookFilms
Trailer for the LookBermuda film on the Mary-Celestia featuring the recovery of civil war wine hidden for 150 years in its bow.
This footage was shot during a dive in Jan 2011 and was not staged.
(see James P. Delgado website & Waitt Institute)

Though covered in coral, you can still clearly see the 14 foot paddle wheel that propelled this historic vessel.

Note : known throughout history as the fabled Ghost Ship, another ship also named 'Mary Celeste'  was found sailing off the Azores in 1872 ghost-like with no one aboard, before she wrecked off Haiti in January 1885. (BBC news / Smithsonian)