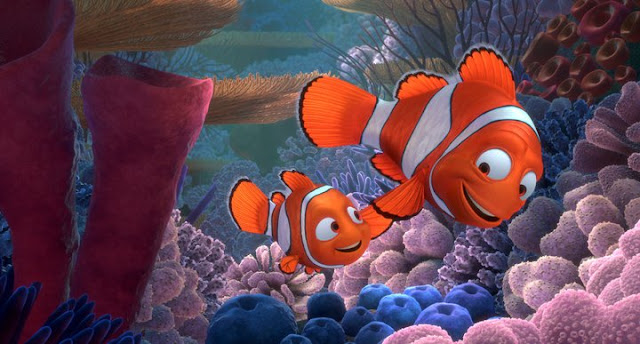 The Academy Award®-winning creators of "Toy Story," "A Bug’s Life," and "Monsters, Inc." dive into a whole new world of computer-animated fun, fantasy, and heartfelt emotion with this splashy underwater adventure - Finding Nemo.
The film follows the comedic and eventful journeys of two fish – Marlin and his son Nemo – who become separated in the Great Barrier Reef when Nemo is unexpectedly taken from home and thrust into a fish tank in a dentist's office overlooking Sydney Harbor.
Finding Nemo is arguably one of Pixar’s most iconic films.
Ten years later, it is still as hilarious to both kids and adults as it was when it first came out.
So, in celebration of the upcoming 3D release, here are (in no particular order) ten of the film’s funniest scenes...