NASA Operation Ice Bridge : High and Low over the Rift

This year Operation IceBridge has returned twice to the Pine Island Glacier, the site of a massive glacial crack poised to potentially create an iceberg the size of New York City.
Operation IceBridge returned to the Pine Island Glacier twice in 2012, and NASA glaciologist Kelly Brunt discusses the implications of the glacier's impending calving event. 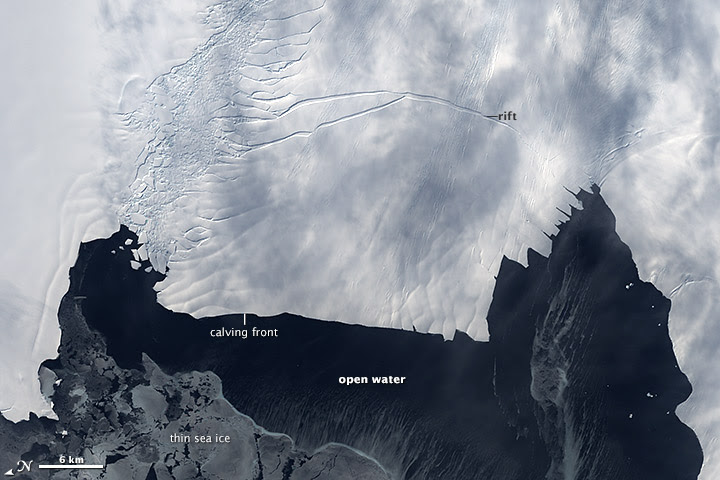 PIG Calving Front Free of Sea Ice (acquired October 26, 2012)
As spring clears out sea ice from Pine Island Bay,
the birth of a massive new iceberg may be more likely. 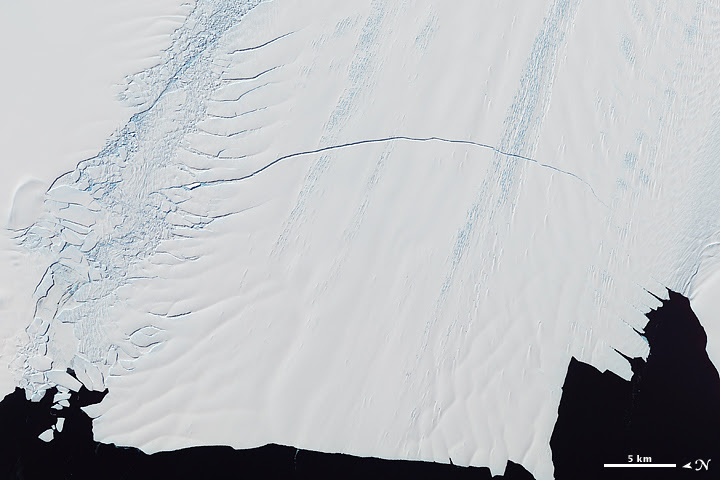 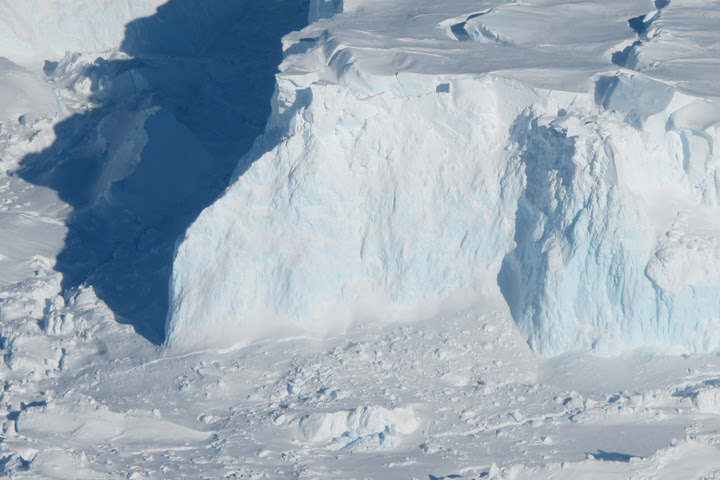 With its protective sea ice barrier melted away, Antarctica's Pine Island Glacier grows ever closer to finally dropping its New York City-sized iceberg into the ocean, according to NASA.
The giant crack in Pine Island Glacier was first spotted by scientists with NASA's IceBridge mission in 2011 as they surveyed the massive ice shelf in their specially equipped DC-8 plane.
A second rift also formed and joined the northern side of the crack in May 2012, as captured on satellite images that track the incipient iceberg.

When IceBridge scientists returned this month, they discovered the original rift now has only about half a mile (less than 1 kilometer) to go before the 300-square-mile (770 square kilometers) berg forms.
The calving front of Pine Island Glacier is also free of sea ice, as shown in an Oct. 26 image from the Landsat 7 satellite.
Warm spring temperatures are melting the sea ice that rings the continent during the winter, and winds help push the remaining ice out to sea.
Sea ice acts as a buttress against waves, protecting the front of the glacier from calving, Kelly Brunt, a cryosphere scientist at NASA Goddard Space Flight Center, said in a NASA video about the Pine Island Glacier rift.
"So the fact that there's no sea ice in front of the Pine Island Glacier right now implies that it might be in a state that's sort of primed to calve," she said.