Greenland is melting away before our eyes

Temperatures in the 49th state are rising twice as fast as the rest of the world, causing water levels to rise and endangering places of natural beauty.

From RollingStone by Eric Holthaus

“I have my fingers crossed for it not being washed away”

Amid an ongoing heat wave, new data show the Greenland ice sheet is in the middle of its biggest melt season in recorded history.
It’s the latest worrying signal climate change is accelerating far beyond the worst fears of even climate scientists.


The heatwave that smashed high temperature records in five European countries a week back is now over Greenland, accelerating the melting of the island's ice sheet and causing massive ice loss in the Arctic.

The record-setting heat wave that sweltered northern Europe last week has moved north over the critically vulnerable Greenland ice sheet, triggering temperatures this week that are as much as 25 to 30 degrees Fahrenheit warmer than normal.

Weather models indicate Tuesday’s temperature may have surpassed 75 degrees Fahrenheit in some regions of Greenland, and a weather balloon launched near the capital Nuuk measured all-time record warmth just above the surface.
That heat wave is still intensifying, and is expected to peak on Thursday with the biggest single-day melt ever recorded in Greenland.
On August 1 alone, more than 12 billion tons of water will permanently melt away from the ice sheet and find its way down to the ocean, irreversibly raising sea levels globally.

The Naujatkuat River in West Greenland running high in end of July, my gauging station is perched on the bedrock. With the exceptional heat wave coming I have my fingers crossed for it not being washed away. pic.twitter.com/JPofxDIELN
— Irina Overeem (@IrinaOvereem) July 30, 2019


A tweet from the Danish Meteorological Institute, the official weather service of Greenland, said “almost all the ice sheet, including Summit” measurably melted on Tuesday.
According to a preliminary estimate, that melt covered 87 percent of the ice sheet’s surface, which would be the second-biggest melt day in Greenland’s recorded history.
Separate weather monitoring equipment at Summit Camp at the top of the 10,000-foot-thick Greenland ice sheet confirmed the temperature briefly reached the melting point.

This river is in West Greenland, close to the capital Nuuk. 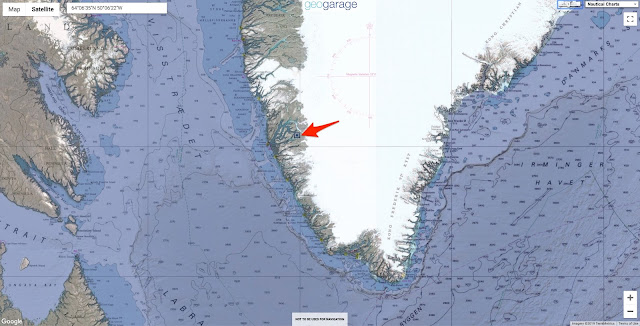 Downhill, meltwater was seen dramatically streaming off the edge of the ice sheet in massive waterfalls.
Climate scientist Irina Overeem, who placed a meltwater monitoring station in western Greenland eight years ago, recorded a dramatic video of a rushing torrent of water.
In a comment posted on Twitter, she said “I have my fingers crossed for it not being washed away.” In an email to Rolling Stone, Overeem described the nature of life in Greenland these days: After recording that video, she spotted a warning of the major glacial water runoff on the announcement board of the main supermarket in the capital city.
A similar glacial flood in 2012 was so intense it washed away bridge. 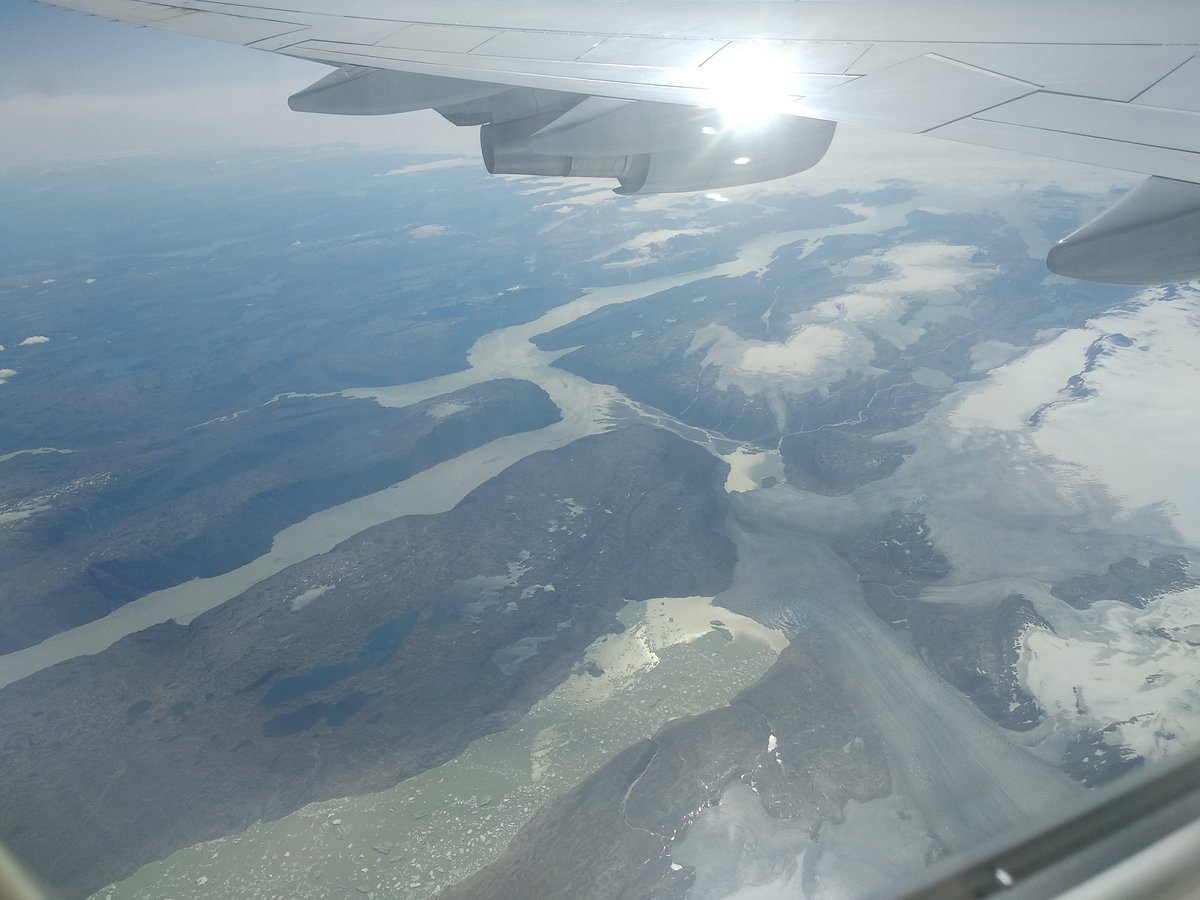 Ice core records show melt days like these have happened only a handful of times in the past 1,000 years.
But, with the advent of human-caused climate change, the chances of these full-scale melt events happening are sharply increasing.

Even just a few decades ago, an event like this would have been unthinkable.
Now, island-wide meltdown days like this are becoming increasingly routine.
The ongoing melt event is the second time in seven years that virtually the entire ice sheet simultaneously experienced at least some melt.
The last was in July 2012, where 97 percent of the ice sheet simultaneously melted.

In the 1980s, wintertime snows in Greenland roughly balanced summertime melt from the ice sheet, and the conventional wisdom among scientists was that it might take thousands of years for the ice to completely melt under pressure from global warming. A satellite image shows melt ponds on the surface of the northeastern Greenland ice sheet on July 30.
(ESA/Sentinel-2)

With a decade or two of hindsight, scientists now believe Greenland passed an important tipping point around 2003, and since then its melt rate has more than quadrupled.

This week alone, Greenland will lose about 50 billion tons of ice, enough for a permanent rise in global sea levels by about 0.1mm.
So far in July, the Greenland ice sheet has lost 160 billion tons of ice — enough to cover Florida in about six feet of water.
According to IPCC estimates, that’s roughly the level of melt a typical summer will have in 2050 under the worst-case warming scenario if we don’t take meaningful action to address climate change.
Under that same scenario, this week’s brutal, deadly heat wave would be normal weather in the 2070s. 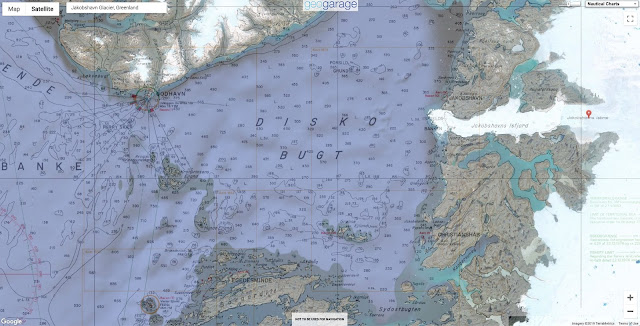 Xavier Fettweis, a polar scientist at the University of Liège in Belgium who tracks meltwater on the Greenland ice sheet, told Rolling Stone in an email that the recent acceleration of these melt events means the IPCC scenarios “clearly underestimate what we currently observe over the Greenland ice sheet” and should revisit their projections for the future.

“This melt event is a good alarm signal that we urgently need change our way of living,” said Fettweis.
“It is more and more likely that the IPCC projections are too optimistic in the Arctic.”
Altogether, the Greenland ice sheet contains enough ice to raise global sea levels by about 24 feet. 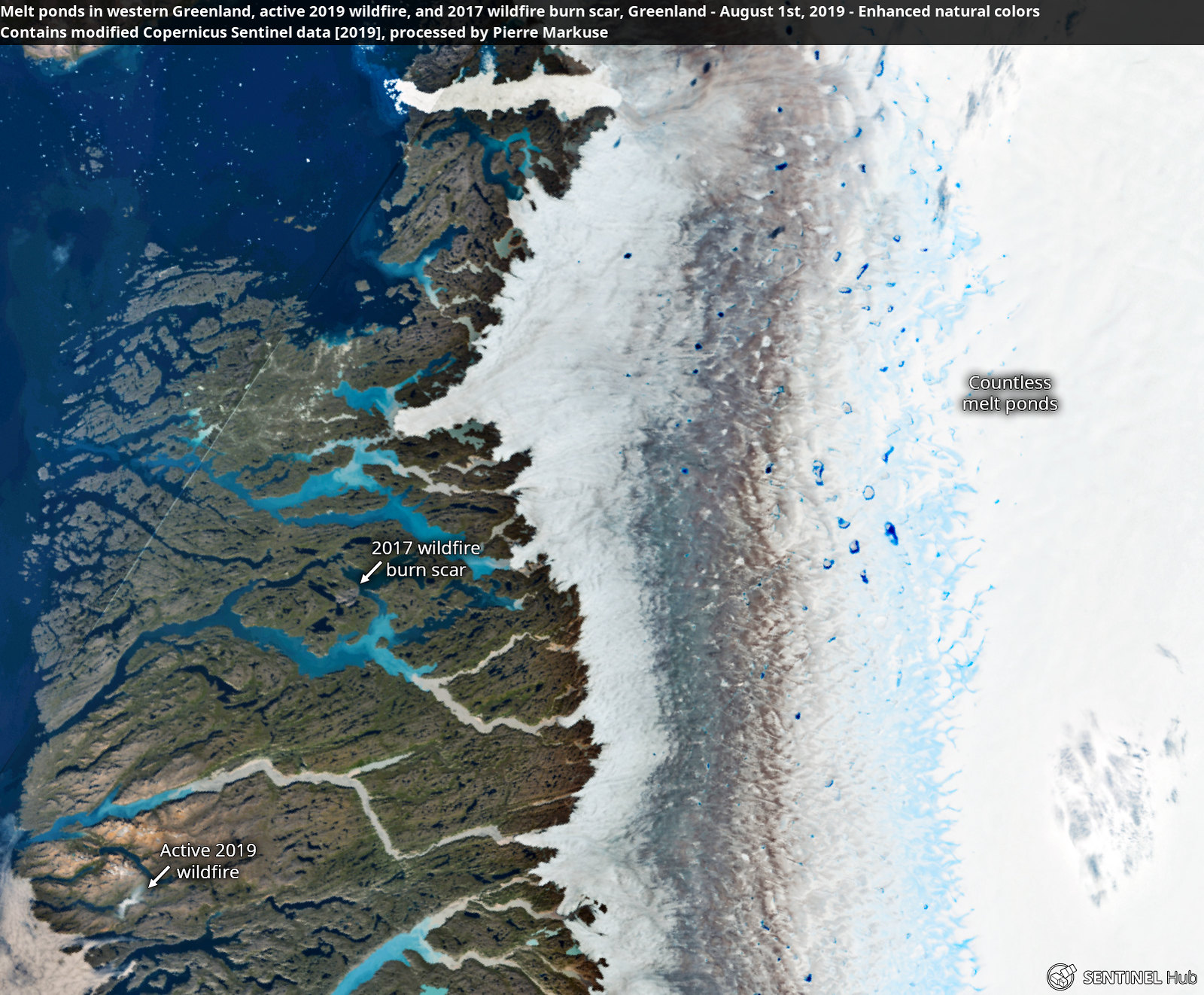 Unusual wildfires across Siberia, Scandinavia, Alaska, and Greenland have been raging all summer, and by one estimate released about 50 million tons of carbon dioxide in the month of June alone — equivalent to the annual emissions of Sweden.
In Switzerland, some glaciers melted so rapidly during last week’s heatwave that they sent swirling mudflows racing downhill.
In the Arctic Ocean, sea ice is at a record-low extent as the melt season continues to lengthen.
In Alaska, ecosystems are rapidly changing, especially in the Bering Sea region where this year’s ice-free season began in February. 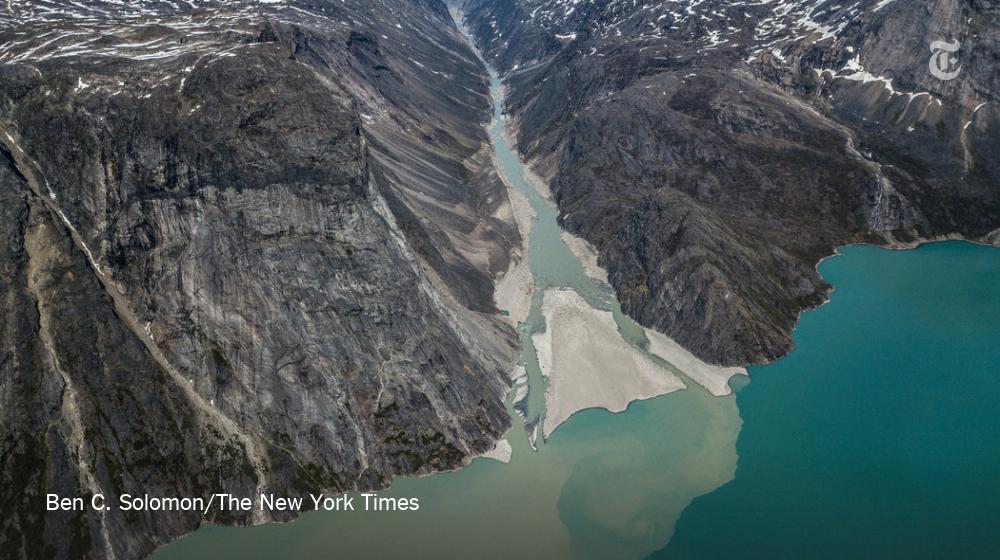 About 200 million tons of sediment enter the Sermilik Fjord in southwestern Greenland every year. Mining just some of it could make Greenland a major exporter of sand to the world.

As daunting as this is, the latest science on Greenland also points to a window of hope: Greenland’s meltdown is not yet irreversible.
That self-sustaining process of melt-begetting-more-melt would kick in at around 1.5 or 2 degrees Celsius of global warming.
That means whether or not Greenland’s ice sheet melts completely is almost entirely in human control: A full-scale mobilization ­— including rapidly transforming the basis of the global economy toward a future where fossil fuels are no longer used — would probably be enough to keep most of the remaining ice frozen, where it belongs.