Global ocean circulation keeps slowing down: here's what it means 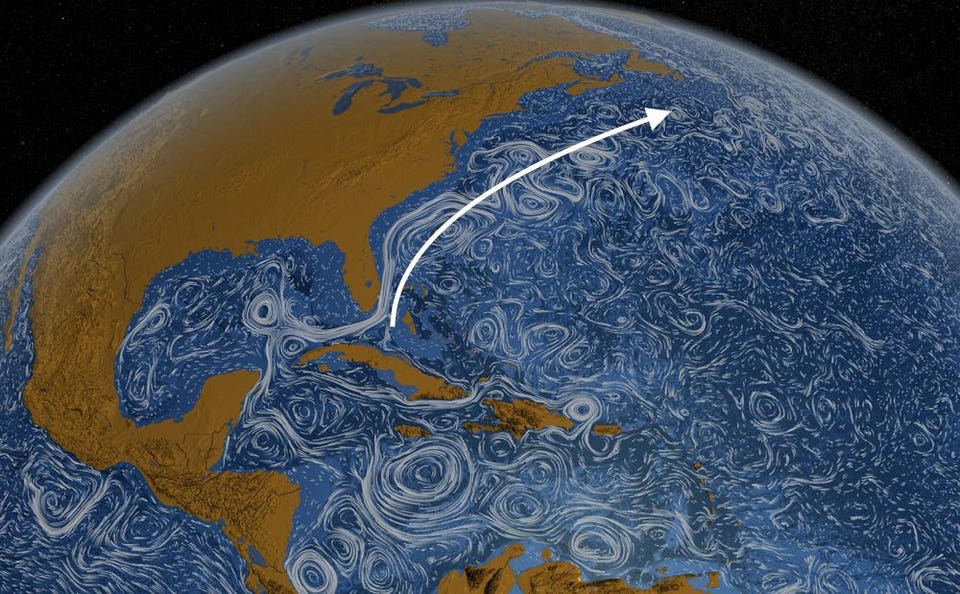 Global ocean circulation appears to be slowing
The Atlantic meridional overturning circulation (AMOC) is a key component of the global climate system. Recent studies suggested a twentieth‐century weakening of the AMOC of unprecedented amplitude (~15%) over the last millennium.
NASA

Scientists are keenly aware that global ocean circulation continues to slow down and warning signs are beginning to point to what the world will look like in the decades to come.

Researchers at the Swire Institute of Marine Science and the University of Hong Kong studied sediment and fossils off the coast of Canada to reconstruct ocean circulation in the past and where it is today.

The team, which published its findings in Geophysical Research Letters, found a dramatic weakening of ocean circulation during the last century.

The weakening of ocean circulation, specifically the Atlantic Meridional Overturning Circulation (AMOC), causes concern for North America and Europe into the future.
To understand what we can expect into the future, researchers look to the past for analogs. 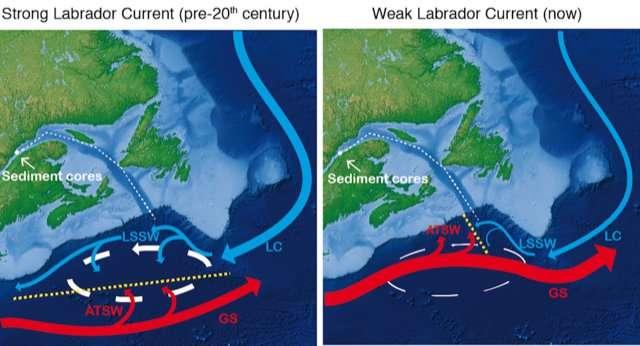 A Look At The Past To Understand The Future

In the past, scientists have noted dramatic events called Heinrich events.
A Heinrich event is the sudden and large-scale breakup and subsequent melting of glaciers over the North Atlantic.
These events are thought to be associated with many ice age events, occurring in 5 of the past 7 ice ages here on Earth dating back 640,000 years.

Scientists believe we could be in a similar scenario today, where the breakup and melting of icebergs and glaciers in the North Atlantic and Greenland could cause a large freshwater input into the North Atlantic.
This sudden input of freshwater causes a cap to the global ocean circulation AMOC.

Ocean Circulation Plays an Important Role in Absorbing Carbon from the Atmosphere
The oceans play a significant role in absorbing greenhouse gases, like carbon dioxide, and heat from the atmosphere.
This absorption can help mitigate the early effects of human-emissions of carbon dioxide.
The Atlantic Meridional Overturning Circulation (AMOC) acts as a conveyor belt of ocean water from Florida to Greenland.
Along the journey north, water near the surface absorbs greenhouse gases, which sink down as the water cools near Greenland.
In this way, the ocean effectively buries the gases deep below the surface.
Credit: NASA's Goddard Space Flight Center/ Kathryn Mersmann

How Will A Slowing Ocean Circulation Impact Me?

AMOC regulates global climate and works to distribute heat more evenly across the globe.
Without this mechanism in place, seasonal rainfall and temperatures will be altered to align with the new ocean/atmosphere scenario. 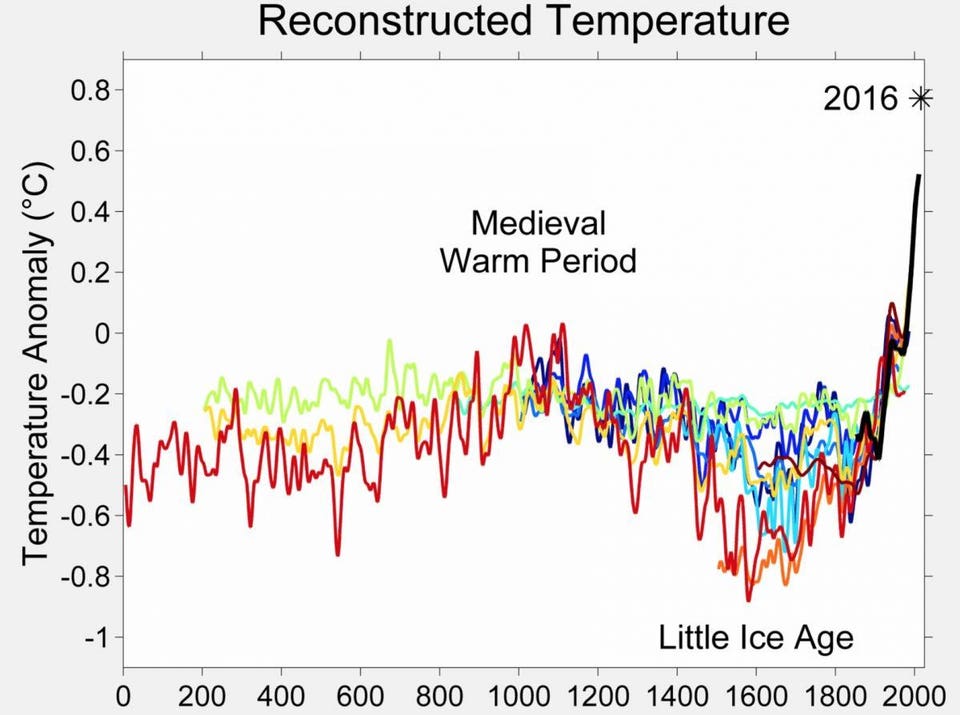 Researchers point to the most recent scenario which appears similar to what we're experiencing today, the Little Ice Age.
This period, lasting from around 1300 to 1850 AD marked bitter cold conditions in Europe, famine, drought, and widespread population decline.
While scientists are unsure the exact mechanism that brought on this cold period, a leading hypothesis is the melting of high latitude North Atlantic ice and subsequent slowdown of ocean circulation.

While modern technology can help cope with long-term climate fluctuations, the impacts on the economy and health will be inevitable.
As our global climate continues to change we can both look to history as a blueprint for what is to come and to climate models for what could lie around the corner.