'The Spray'
From WhatUpNewp by Ryan Belmore

Did you know that the first solo circumnavigation of the globe was completed in Newport, Rhode Island on this day 119 years ago? 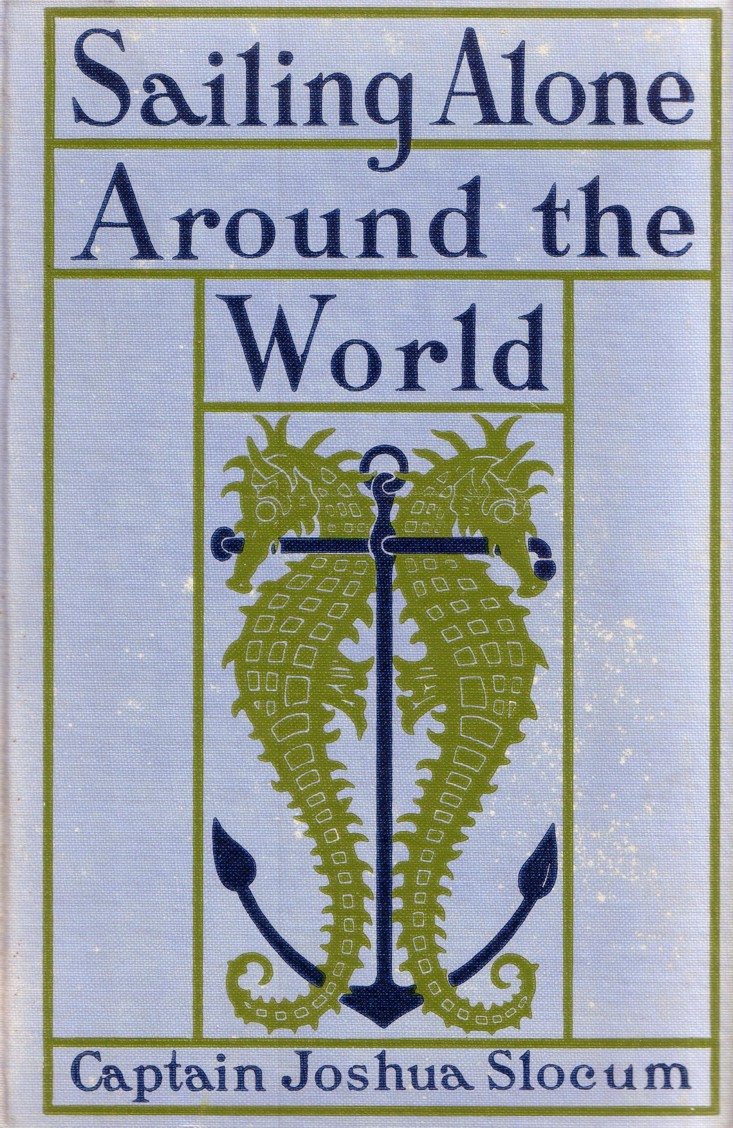 In his famous book, Sailing Alone Around the World, now considered a classic of travel literature, he described his departure in the following manner:

“I had resolved on a voyage around the world, and as the wind on the morning of April 24, 1895 was fair, at noon I weighed anchor, set sail, and filled away from Boston, where the Spray had been moored snugly all winter. The twelve o’clock whistles were blowing just as the sloop shot ahead under full sail. A short board was made up the harbor on the port tack, then coming about she stood to seaward, with her boom well off to port, and swung past the ferries with lively heels. A photographer on the outer pier of East Boston got a picture of her as she swept by, her flag at the peak throwing her folds clear. A thrilling pulse beat high in me. My step was light on deck in the crisp air. I felt there could be no turning back, and that I was engaging in an adventure the meaning of which I thoroughly understood.”

According to Slocum in Sailing Alone Around the World;

After an extended visit to his boyhood home at Brier Island and visiting old haunts on the coast of Nova Scotia, Slocum departed North America at Sambro Island Lighthouse near Halifax, Nova Scotia on July 3, 1895.

Slocum intended to sail eastward around the world, using the Suez Canal, but when he got to Gibraltar he realized that sailing through the southern Mediterranean would be too dangerous for a lone sailor because of the piracy that still went on there at that time. So he decided to sail westward, in the southern hemisphere. He headed to Brazil, and then the Straits of Magellan. At that point, he was unable to start across the Pacific for forty days because of a storm. Eventually, he made his way to Australia, sailed north along the east coast, crossed the Indian Ocean, rounded the Cape of Good Hope, and then headed back to North America.

Slocum navigated without a chronometer, instead relying on the traditional method of dead reckoning for longitude, which required only a cheap tin clock for approximate time, and noon-sun sights for latitude. On one long passage in the Pacific, Slocum also famously shot a lunar distance observation, decades after these observations had ceased to be commonly employed, which allowed him to check his longitude independently. However, Slocum’s primary method for finding longitude was still dead reckoning; he recorded only one lunar observation during the entire circumnavigation.


More than three years later, on June 27, 1898, he arrived in Newport, having circumnavigated the world, a distance of more than 46,000 miles.
Slocum’s return went almost unnoticed.
The Spanish–American War, which had begun two months earlier, dominated the headlines.
After the end of major hostilities, many American newspapers published articles describing Slocum’s amazing adventure.

This historic achievement made him the patron saint of small-boat voyagers, navigators and adventurers all over the world.
“Single-handed” does not imply “non-stop”, so a single-handed circumnavigation counts as such even with stops, as in Joshua Slocum’s voyage

On November 14, 1909, Slocum set sail for the West Indies on one of his usual winter voyages.
He had also expressed interest in starting his next adventure, exploring the Orinoco, Rio Negro and Amazon Rivers.
Slocum was never heard from again.
In July 1910, his wife informed the newspapers that she believed he was lost at sea.
In 1924, Joshua Slocum was declared legally dead.
Posted by geogarage at 1:31 AM