Sea Atlases is a new interactive map showcasing some of the fabulous historical sea charts in the Harvard Map Collection.
Ten atlas volumes were digitized by the Harvard Map Collection, and then georeferenced in order to be able to place them on top of a modern day interactive map.
Being able to explore these fantastic vintage sea charts is of course the main attraction of Sea Atlases, but this is only made possible by the beautifully intuitive and well designed interface that allows you to explore the collection by date and by location.

As long as people have ventured out in ships and exposed themselves to the vagaries of wind and tide, they have endeavored as much as possible to minimize the risks of life at sea.
The earliest mariners, of course, relied upon the oral transmission of instructions about the hazards of navigation, methods of orientation, and anchorages along particular routes.
The ancient Greeks and Romans often codified those details in manuscript logs (peripli), which listed sequentially the distances between ports and landmarks along coastal routes.
With improvements in the technology of orientation and navigation in late medieval Europe, these textual guides evolved into portolan charts which offered graphic tools for laying down a course and following a coastal itinerary.
Beginning in the late 16th century, the nascent cartographic publishing industry found a receptive market for pilot books and sea atlases, which provided collections of detailed charts and sailing directions for the most frequently traversed routes.
In the website we will introduce some of the most influential of these early guides to the realms of Neptune. 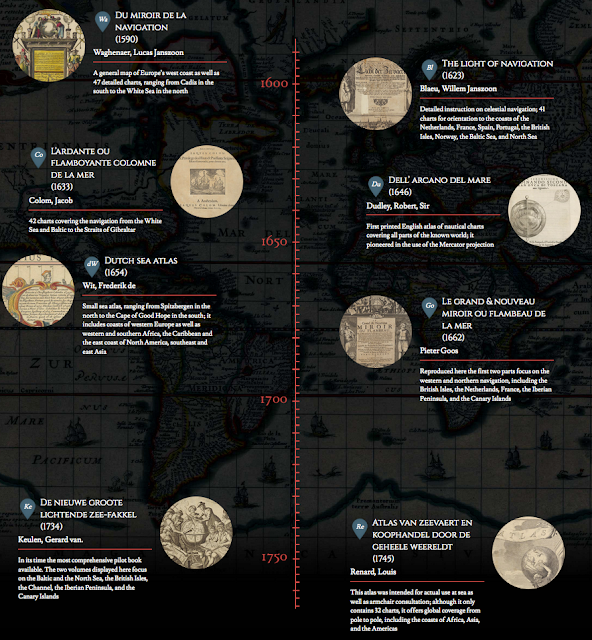