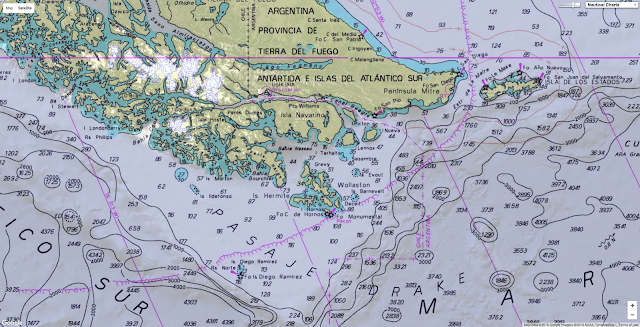 From Maritime Executive by Niek Boot 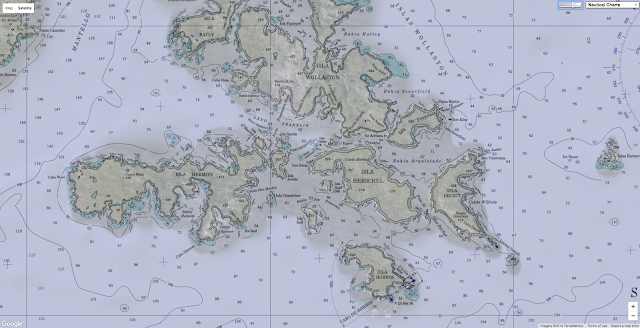 NGA chart with the GeoGarage platform

One of the founders and the first president of the VOC was Isaac Le Maire.
He soon fell out with the board and was expelled in 1605 with the prohibition never to trade in VOC territory.
For a number of years he complied, but then the temptation became too great and he got permission to establish an “Australische Compagnie” or “South Company” and to launch an expedition to investigate the possibility of trade with the unknown Southern Continent.
His intention, from the start, was to find a new way to the East Indies, bypassing the exclusive routes of the VOC.
He purchased two vessels, the Eendracht (about 40m (130 feet) long with a crew of 65) and the Hoorn (about 30m (98 feet) long with a crew of 22) and had them fitted out by Captain Willem Schouten. Le Maire appointed his son Jacob as leader of the expedition.
They sailed from the city of Hoorn, which was an important investor in the adventure, in June 1615. After calling at Cape Verde and Sierra Leone in Africa to replenish stores, water in particular, they arrived at what is today Puerto Deseado in the South of Argentina early December.
It is a protected inlet with a tidal range of over five meters, ideal to ground the vessels and clean their hulls of molluscs and other growth.
The cleaning was done by scratching the hulls with burning grass and scrubs.
During this work the Hoorn caught fire, and when the flames reached the gunpowder room, the vessel exploded and was irretrievably lost.
All of the crew survived and they then spent some weeks recovering was could be saved to put it on board Eendracht.

On January 13, 1616, they set sail on the next leg of the trip.
They continued south past the latitude of the Strait of Magellan.
Here the coast of Tierra del Fuego forced them to sail eastbound in bad and cold weather.
Captain Schouten was tempted to abandon the search and set sail for Cape of Good Hope, unconvinced of the existence of a passage to the east and less secure without the assistance of his support vessel Hoorn.
Jacob Le Maire insisted, and they continued.
On January 24, they found an opening and against current, waves and wind they managed to sail through.
To the west was Tierra del Fuego, to the east there was land which they called Staten Land, not knowing it was an island.
Today it is called Staten Island, just like the island at the entrance of the Hudson River in New York, both named in honor of the General Staten of Holland, the Dutch government at the time. 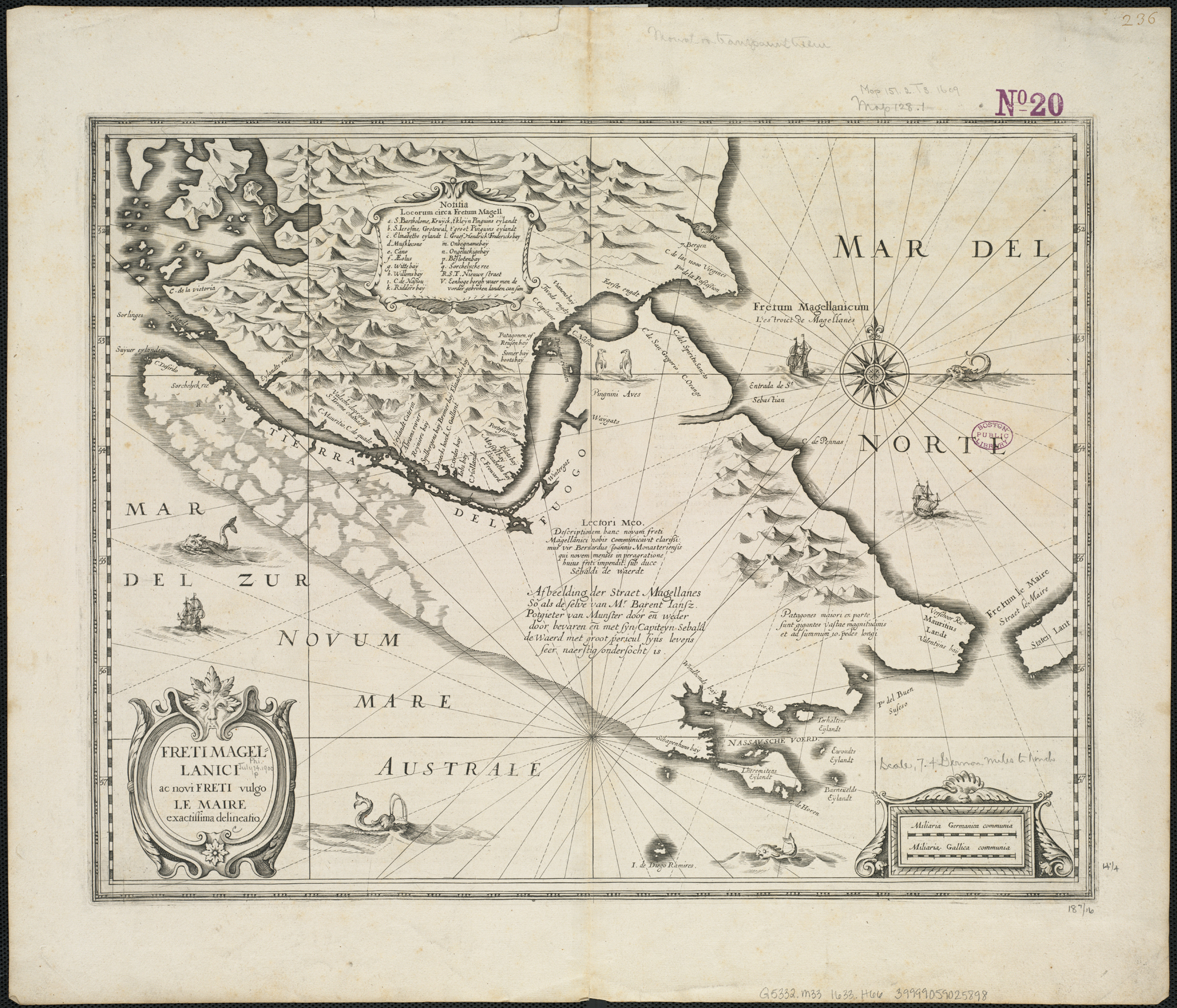 They called the passage “Strait Lemaire.”
Continuing south, they sailed by various islands, some of which still today carry the names they were given then.
On the afternoon of January 29, 1616, they came by a cape which they realized was the southernmost of all and called it Kaap Hoorn in honor of the city they had sailed from.
They crossed the Pacific Ocean and arrived in Djakarta on the island of Java at the end of October 1616.
Instead of congratulating them with their discovery, the VOC-appointed governor did not believe their story and confiscated their ship and the goods on board.
Le Maire, Schouten and some of the crew were shipped to Holland as criminals for having infringed the monopoly of the VOC.
Jacob Le Maire died on board at the end of December.
The others arrived in Holland by July 1617. Isaac Le Maire was of course most distressed for having lost his son and his ships.
He claimed against the VOC for the confiscated vessel.
He won the case and recovered 65,000 florins.
But in the meantime the Dutch set up a new company, the West India Company, which they granted the monopoly of trading with the Americas, including the route via Cape Horn.
As a result Le Maire could not take advantage of his son’s discovery.
He died a bitter man in 1624, but his name lives on, 400 years later.