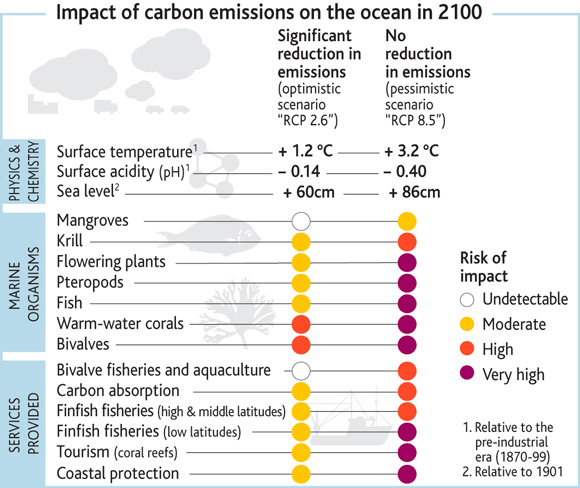 In June 2015 the UN General Assembly approved a resolution to negotiate a new legally binding instrument to implement the UN Convention on the Law of the Sea.
We may hope this will pave the way for the creation of areas where marine biodiversity is rigorously protected by law, as well as more equitable access to the high seas and fairer sharing of their benefits, within a framework of shared governance.

This is just the start of what promises to be a lengthy process, but it represents a major shift in the international community’s attitude to the protection of the oceans.
It also signals the start of an era of real hope for a swift and effective end to the exploitation and degradation of the ocean that has characterized the last hundred years.
It is encouraging that private organizations are driving a vision for bigger ideas, new thinking and broader partnerships.

Private philanthropic initiatives can provide decisive support in the design and implementation of marine protected areas.
They offer a management framework that, by engaging local communities as well as scientists in the process should make it easier to overcome challenges and stay on course in the longer term.

Large, remote high seas ecosystems such as the Sargasso Sea are now recognised as key areas for protection, but by virtue of their size will require new forms of monitoring such as satellites, drones and unmanned marine vehicles.
These will deliver scientific research benefits as well as operational efficiencies.

Studies have shown the value of large no-take marine protected areas as carbon sinks (helping to prevent global warming) but also as breeding grounds for whales and dolphins.
The preservation of marine mammals is vital for the fishing and whale-watching sectors, and for global biodiversity.

It’s clear we need to think differently.
The ecological, scientific and legal arguments for ocean conservation are numerous and irrefutable, but they are not enough.
To be effective, they must be combined with new ideas, technologies and sources of finance suited to the task.

The creation of an “ocean bank for sustainability and development”, funded through a one-time equity investment by governments and private partners, could offer viable financing options for initiatives to promote the survival and regeneration of the oceans.

We also need to broaden our partnerships.
The Paris climate conference (COP 21) this month offers an opportunity to form alliances between professionals from different sectors united by their awareness of the importance of protecting marine biodiversity.
It’s high time we recognized that the oceans are not just a source of food and minerals for exploitation, but are also vital for the future of our planet and the survival of humanity.