Full moon today is a Blue Moon: Here's why

The second full Moon of July is just around the corner.
According to modern folklore, it is a "Blue Moon."
NASA

From Space by Geoff Gaherty

On Friday, much of the world will have the opportunity to observe a Blue Moon: A somewhat rare occurrence that doesn't have anything to do with the moon's color.

During most years, the Earth experiences 12 full moons, one in each month.
But some years, such as 2015, have 13 full moons, and one of those "extra" lunar displays gets the label of Blue Moon.
The lunar or synodic month (full moon to full moon) averages 29.530589 days, which is shorter than every calendar month in the year except for February.
Those extra one-half or one-and-one-half days accumulate over the year, causing some years to have 13 full moons rather than 12. The phenomenon has more significance for astrologers, people who claim they can glean meaning from the movement of the stars, than for scientific astronomers.
A blue moon traditionally marks a time of change and possibility in the astrological world.
This is only one type of blue moon, however.
Another definition states that blue moons are “seasonal” and therefore only blue if they are the third of four full moons in one season.
This would mean that the next seasonal blue moon would actually occur on May 26, 2016.

The expression "once in a blue moon" has a long history of being used to describe rare events; but it was also used in the Maine Farmers' Almanac to describe the third full moon in a season that has four (normally, a three-month season will only have three full moons). 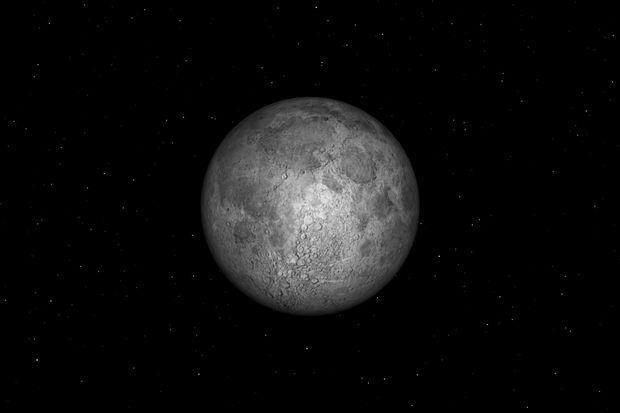 In 1946, Sky & Telescope magazine published an article that misinterpreted the older definition, defining a Blue Moon as the second full moon in a calendar month.
This has become the most recent and perhaps most widely accepted definition of a Blue Moon.
And hence, the full moon on July 31 is referred to as a Blue Moon, because it was preceded by the full moon on July 2.
By this definition, a Blue Moon occurs roughly once every 2.7 years.
The full moon appears to last for at least the length of one night, but technically speaking, it is an instantaneous event: It occurs when the sun, Earth and moon fall close to a straight line.
It takes place at the same instant everywhere in the world, whether the moon is above or below the horizon.

The full moon on July 31 occurs at exactly 6:43 a.m. EDT (1043 GMT).
So, when you look at the Blue Moon on Friday morning, don't expect to see a different color scheme (although it is possible for the moon to appear to have a bluish hue).
Just be aware that the so-called Blue Moon is a byproduct of the contrast between the calendar month and the lunar month.
Posted by geogarage at 1:04 AM