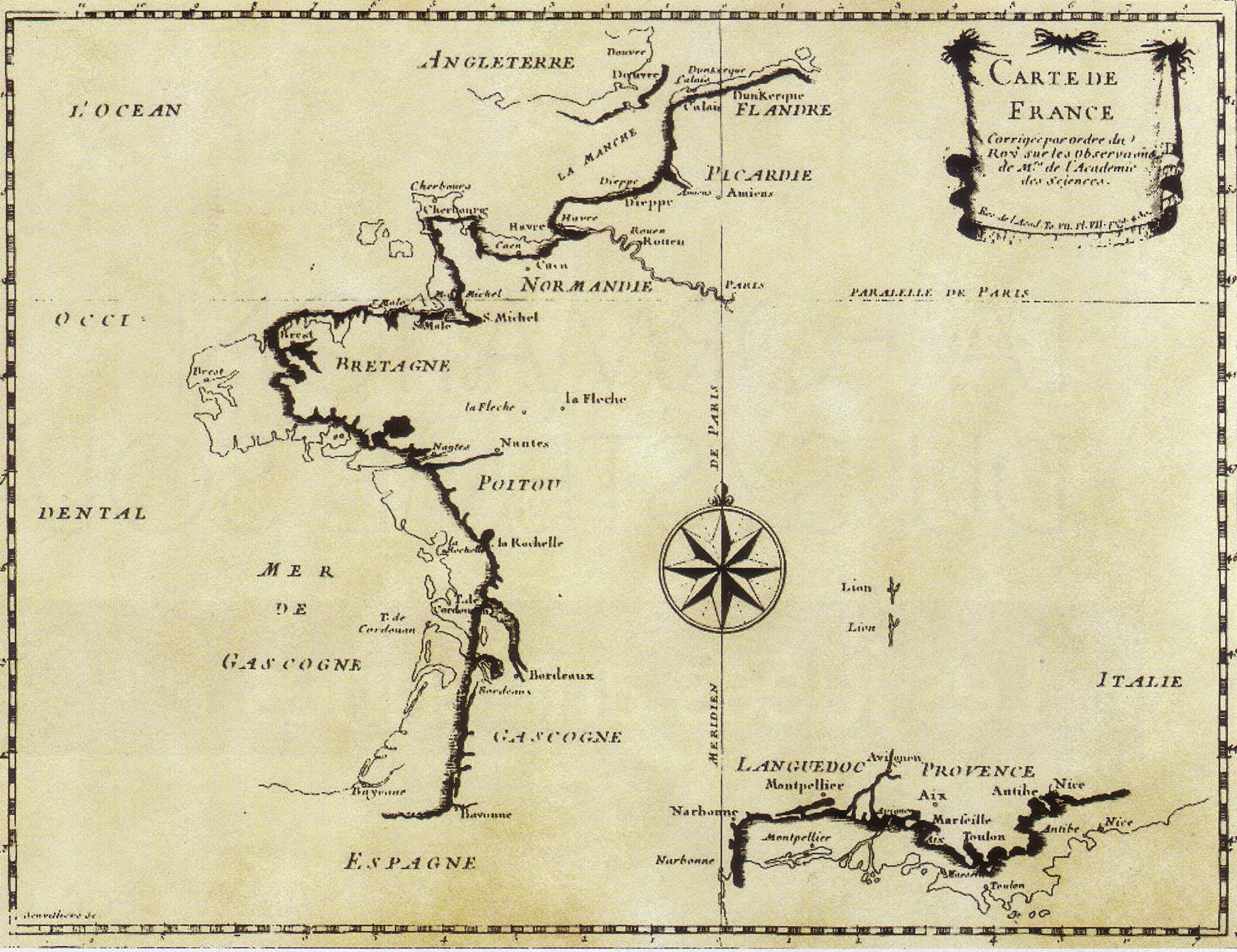 Corrected map of France: showing the coastline of France after scientifically mapping it in the late 17th century
This map compares France’s coastline mapped using Jupiter’s moons with those previously drawn. It is said the French king complained that the astronomers had taken more territory from him than his enemies.
Corrected on the order of the King, according to the observations of the Master of the Academy of Sciences
This is how Louis XIV would have declared that his geographers had made him lose more territories than all his enemies ...

There were many proposed solutions to the Longitude problem, as discussed in Ships, Clocks & Stars.
One of the main contenders was using Jupiter's Moons as a celestial clock - though particular problems arose when attempting this at sea.

Last week, I explored how a celestial ‘clock’, the moon, could be used to find longitude at sea.
This week I want to look at another ‘celestial clock’: the four moons of Jupiter.
In the early 17th century the Italian astronomer, Galileo Galilei, made the startling discovery that several moons orbited Jupiter.
Noting that the motion of these satellites was easy to predict, Galileo suggested devices for using Jupiter’s moons for finding longitude at sea.

The method worked well on land and was being used for surveying and mapping by the late 17th century.
However, observing such small and distant objects with a telescope was very difficult from a moving ship.

One longitude projector, Christopher Irwin, attempted to create a marine chair as a way of counteracting this difficulty.
However, when Nevil Maskelyne tested it on his voyage to St Helena in 1761, he wrote back to the Board, 'Mr Irwin's marine chair affords no convenience or advantage to an observer in using a telescope for observing the celestial phenomena but sea, but rather the contrary'. 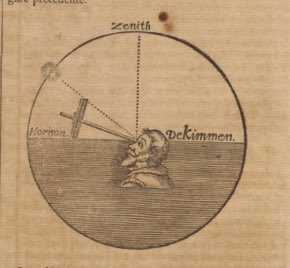 If you get lost at sea after a shipwreck, simply balance the sector on your nose and measure the angle between the sun and the horizon. Then you'll know where you are!
From "Le grand & nouveau miroir ou flambeau de la mer"
By the early 1800s longitude-finding by timekeeper and lunar distances was proving successful and commercially viable.However, the search for other methods went on and the Board considered proposals for finding longitude from Jupiter's satellites right through to its demise in 1828.

One such proposal came from Samuel Parlour, who wrote to the Board in 1824 from the East India Military Seminary in Surrey, enclosing his sketch and description of a device incorporating a telescope with a magnifying power of 80 times.

Having tested it at sea between London and Lyme Regis, Parlour believed that it would be steady enough for observing Jupiter’s satellites or the conjunction of the Moon with other stars, ‘even in a rough sea, and heavy swell’.
These were grand claims, but the Board took Parlour's ideas seriously enough to organise a sea trial the following year.

Sadly, the resulting report found that the apparatus was too difficult to manage.