SpaceX’s goal is to launch a total of 720 satellites by the end of the 2020,
and eventually increase the number to more than 4,000.

From Space by Tariq Malik

The brilliant "train" in the night sky that is SpaceX's first 60 Starlink satellites has wowed some skywatchers, but it also sparked concern among some astronomers wondering what so many visible satellites could mean for scientific observing.

A swarm of Starlink satellites in the sky over Russia. 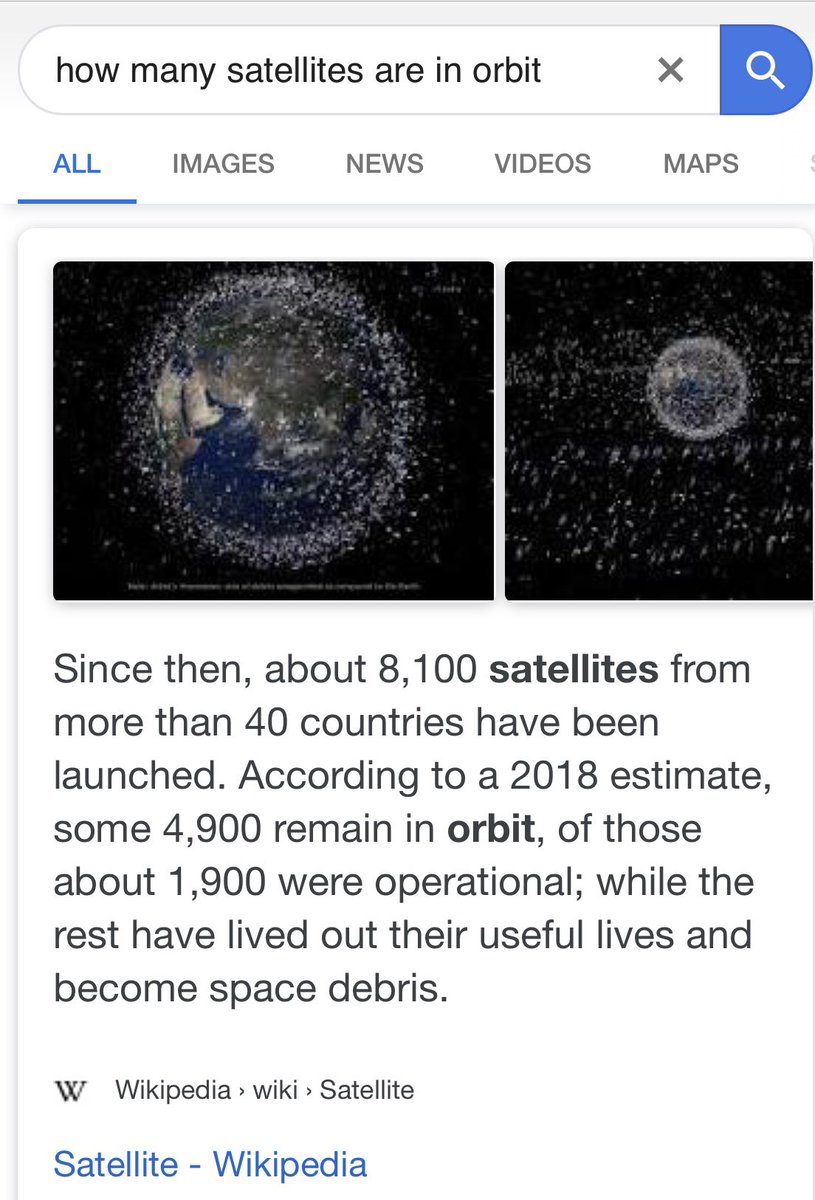 Musk wrote on Twitter today (May 27) that he's already instructed teams to look into making future Starlink internet communications satellites less shiny to lower their "albedo," or reflectivity. He pointed that out in response to a direct call from a com menter on Twitter.

"Agreed, sent a note to Starlink team last week specifically regarding albedo reduction," Musk wrote. "We'll get a better sense of value of this when satellites have raised orbits & arrays are tracking to sun." 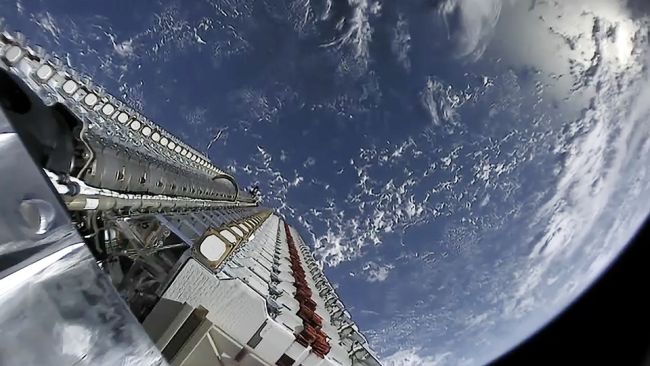 (Image: © SpaceX)
A view of SpaceX's first 60 Starlink satellites in orbit, still in stacked configuration,
with the Earth as a brilliant blue backdrop on May 23, 2019.
SpaceX launched the Starlink satellites Thursday (May 23) into an initial orbit 273 miles (440 kilometers) above Earth. Each satellite is equipped with Krypton ion thrusters to raise its orbit to a final 342 miles (550 km).

"I know people are excited about those images of the train of SpaceX Starlink satellites, but it gives me pause," planetary astronomer Alex Parker wrote on Twitter Saturday (May 25) as the first videos of the Starlink "train" were popping up.
"They're bright, and there are going to be a lot of them."

here's what satellites look like crossing through the field of view of a telescope taking a 25 s exposure pic.twitter.com/27YxYv1HdI
— Victoria Girgis (@GirgisVictoria) May 26, 2019

The Starlink satellites are the vanguard of a planned 12,000-satellite megaconstellation designed to offer affordable internet service to people around the world who otherwise would not have such access.

Parker added that 12,000 bright satellites could potentially outnumber the stars visible to the unaided eye in the night sky.
But he was holding off on any final judgement until the Starlink satellites reached their final orbit, as they may be less visible at that time.

In a series of Twitter posts today, Musk assured astronomers and the public that the Starlink constellation shouldn't pose an issue for astronomy.

"Exactly, potentially helping billions of economically disadvantaged people is the greater good," Musk wrote in response to a comment on the service Starlink's constellation would provide. "That said, we'll make sure Starlink has no material effect on discoveries in astronomy. We care a great deal about science."


SpaceX’s Starlink is a next-generation satellite network capable of connecting the globe, especially reaching those who are not yet connected, with reliable and affordable broadband internet services.

And the satellites can be moved to reduce reflectivity, he added.
"If we need to tweak sat orientation to minimize solar reflection during critical astronomical experiments, that's easily done," Musk wrote.

Starlink shouldn't affect radio astronomy research either, Musk added.
"We avoid use of certain lower Ku frequencies specifically for radio astronomy," he wrote.
And then there's all those other satellites up in space, he added.
"There are already 4,900 satellites in orbit, which people notice ~0% of the time,"Musk wrote. "Starlink won't be seen by anyone unless looking very carefully & will have ~0% impact on advancements in astronomy."

Fraser Crain of Universe Today suggested to Musk that SpaceX consider using the Starlink satellite chassis for small space telescopes as an olive branch to the astronomy community.
"Would love to do exactly that," Musk replied.

Meanwhile, Starlink's first 60 satellites should remain visible over the next few days as they raise their orbits. Here's a guide on how to see Starlink in the night sky from our columnist Joe Rao.

"The Starlink satellites just passed directly overhead. They were glinting, some as bright as Polaris," Parker wrote Sunday night.
"Quite an eerie looking thing. And yes, the stars are out."