Expedition to the end of the world - Official trailer


Expedition to the End of the World - trailer from Haslund Film.

A grand, adventurous journey to the last uncharted areas of the globe.
Yet no matter how far we go, and how hard we try to find the answer, the ultimate meeting is with ourselves and our own transience. 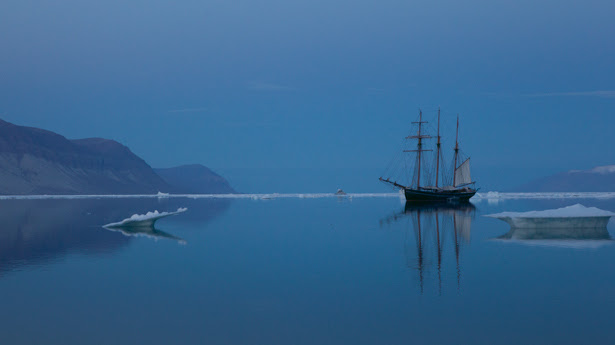 Synopsis :
A real adventure film – for the 21st century.
On a three-mast schooner packed with artists, scientists and ambitions worthy of Noah or Columbus, we set off for the end of the world: the rapidly melting massifs of North-East Greenland.
An epic journey where the brave sailors on board encounter polar bear nightmares, Stone Age playgrounds and entirely new species.
But in their encounter with new, unknown parts of the world, the crew of scientist and artists also confronted the existential questions of life.

Teaser Ekspeditionen til Verdens Ende / Teaser Expedition to the End of the World from Haslund Film.

Curiosity, grand pathos and a liberating dose of humour come together in a superbly orchestrated film where one iconic image after the other seduces us far beyond the historical footnote that is humanity.
A film conceived and brought to life on a grand scale  - a long forgotten childhood dream lived out by grown artists and scientists.
Posted by Peio at 1:28 AM