Lost history of when Britannia ruled the waves

A map of the world in 1886 (author : Walter Crane) :
areas under British control are highlighted in red.


English Heritage has drawn up a list of 88 vessels known to have sunk within territorial waters over the three centuries from the Tudor period until the advent of iron-hulled steam ships in the Victorian era.
Although the locations of some of the shipwrecks have already been established, others must first be discovered before marine archaeologists can dive onto them to carry out surveys. 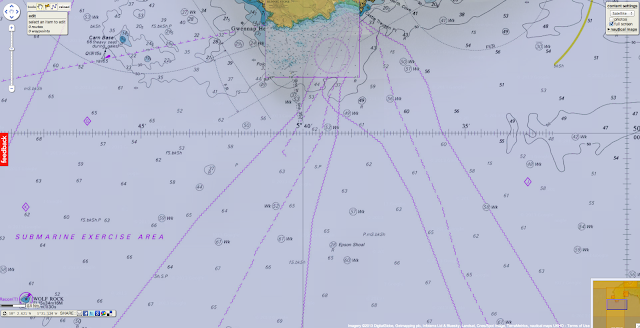 The vessels cover a period in which Britain emerged as the world’s most powerful maritime nation and range from sixteenth century armed merchant vessels to warships from the era of Lord Nelson.
The most recent on the list was an early paddle steamer which went down in 1838, in one of the country’s most famous sinkings.
The SS Forfarshire, which could also be sailed, ran aground and foundered in a storm off the Farne Islands while on route from Hull to Dundee. Forty two people drowned, but survivors were rescued by Grace Darling, a lighthouse keeper’s daughter, and her father, who rowed out to the stricken vessel.
Other notable ships which will form part of the project include:

HMS Royal George, the largest warship in the world when launched in 1756.
She sank during routine maintenance off Portsmouth in 1782 with the loss of more than 900 lives
Photo: GETTY

– HMS Royal George, the largest warship in the world when launched in 1756.
It was the British flagship at the Battle of Quiberon Bay, in 1759, and took part in the Battle of Cape St Vincent in 1780, both victories over the French, before an ignominious end saw it sink during routine maintenance work whilst anchored off Portsmouth in 1782.
More than 900 people were killed, the biggest loss of life in British waters.
Part of the wreck has been cleared and cannon were melted down to form part of Nelson’s Column.

– HMS Venerable, which served as the British flagship in the victory over the Dutch at the Battle of Camperdown, in 1797, before being wrecked on rocks near Torbay, seven years later.

– HMS Royal Katherine, whose launch in 1664 was attended by Charles II and Samuel Pepys.
Later renamed HMS Ramillies, she fought in six battles before her loss, almost a century later, in 1760, when she was wrecked at Bolt Head, near Plymouth.
Only 28 survived from the crew of 850 men.

– HMS Anson, launched in 1781.
Another veteran of fighting against the French and Dutch, in 1799 King George III came aboard for a celebration in his honour.
During the course of the evening, he was found below decks, surrounded by the ship’s company.
The vessel sank in 1807, off the Cornish coast, after losing her anchors in a gale.
The poor treatment of the bodies of drowned sailors washed ashore, led to a public outcry and new legislation.

– HMS Primrose, a sloop of war which hit rocks near The Lizard, Cornwall, leaving only one survivor, a drummer boy.

– A wreck in the Isles of Scilly believed to be The Flying Joan, part of Sir Walter Raleigh’s fleet, which was lost in 1617, on the way to the West Indies in search of the mythical riches of El Dorado.

The earliest is an unidentified wreck on Walney Island, near Morecambe Bay, thought to be an armed merchant vessel from the Tudor period.
Other vessels include an eighteenth century cargo barge, known as a Mersey Flat, as well as an East Indiaman and a West Indiaman, both trading vessels.

Shipwrecks around the Isle of Wight

Mark Dunkley, Maritime Designation Adviser for English Heritage said:
“English Heritage calls itself the custodian of England’s story and a major part of that is how we got our position on the world stage. It was made possible by these sorts of ships, over the centuries. It is worthwhile recording these wrecks, because they are such a big component of that story. They tell a fascinating story of England’s military, industrial and social history.”

The first dives will occur this summer, but it will take six years to study all 88 wrecks.
The team will complete a report of each case and those considered to be historically significant will be passed to the Department of Culture, Media and Sport for designated under the Protection of Wrecks Act.
The legislation, which is 40 years old this week, defends the wrecks from unauthorised diving and damaging fishing activities.
There are currently only 47 vessels covered by the Act – most of which sank after 1840.
The 88 wrecks are all within 12 nautical miles of the English coast.
They have been identified during preliminary research of archives.
Some are marked on charts, others have been located by amateur divers, or by sonar scans, but some have not been fully located and none have ever been archaeologically surveyed.
Wooden wrecks deteriorate faster than metal ships and in some cases, there may be little remaining of the vessels.
The team are planning to work their way around the coast in a clockwise direction, starting this summer in the north east.
The project is to be conducted in conjunction with a similar scheme to identify British and German shipwrecks of the First World War.