The entire Maldives nation has pledged to become a United Nations Educational Scientific and Cultural Organization (UNESCO) Biosphere Reserve.
The Maldives, an archipelago southwest of India, plans to implement the reserve plan on more than half of its islands by 2017. 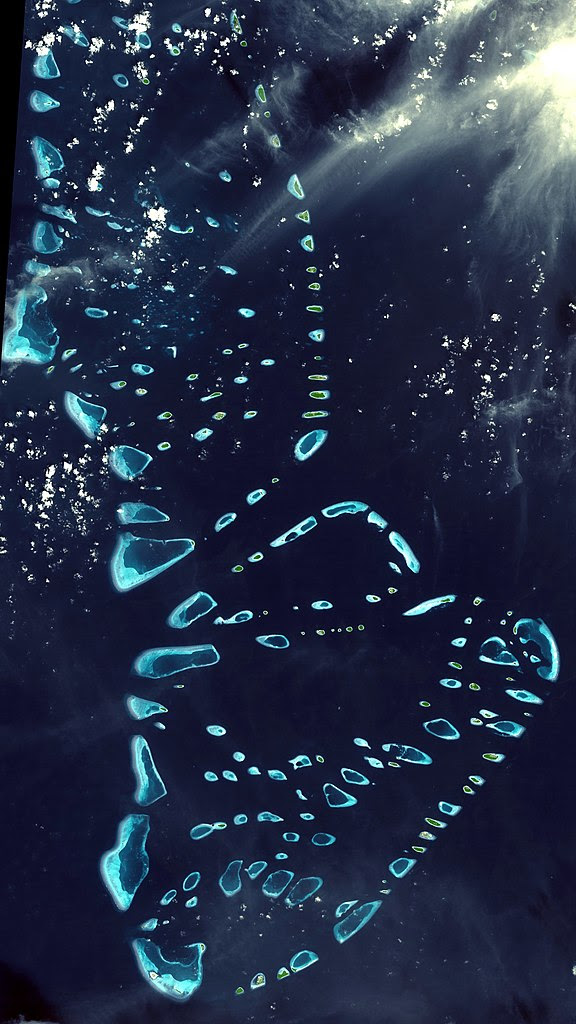 North and South Malosmadulu Atolls are in the Maldives, an island republic in the northern Indian Ocean, southwest of India.
Maldives is made up of a chain of 1192 small coral islands that are grouped into clusters of atolls.
It has a total area of 298 sq.

To become an official UNESCO Biosphere Reserve, the Maldives must follow guidelines set forth by the UN’s Man and the Biosphere Program and the UN’s Convention on Biological Diversity (CBD). The Biosphere Reserve’s strategy must integrate management of natural resources with conservation and sustainable use.
The plan also must seek to ensure equitable distribution of natural resource wealth.
Currently, there are 610 biosphere reserves in 117 countries.

One of the most beautiful underwater ecosystem in the world : coral reef atolls in Maldives

“This pledge from the Maldives is extraordinary in size and potential impact,” said CBD Executive Secretary Braulio Ferreria de Souza, in a press release.
“We should expect that it will be an inspiration to other CBD parties.”

The president of the Maldives, Mohammed Waheed Hassan Manik, was inspired to pledge his entire nation’s intention to become a Biosphere Reserve after the success of the reserve formed in the Maldives Baa Atoll, according to the UNESCO press release. 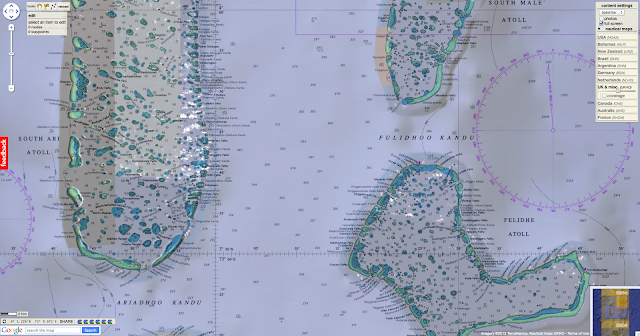 The Maldives are a low-lying chain of islands and are seriously threatened by rising sea levels.
The highest point on the island chain is only 2.4 (7.8 feet) meters above sea level.
The capital of the Maldives, Malé, lies approximately 2 meters (6.6 feet) above sea level.
Other residential and commercially developed parts of the nation are less that 40 centimeters (16 inches) above high tide.

The Intergovernmental Panel on Climate Change‘s conservative estimates for sea level rise are 22 to 44 centimeters (8 to 16 inches) above 1990 levels by 2090.
However, a 2009 paper published in the Proceedings of the National Academy of Sciences warned sea levels may rise between 75 and 190 centimeters (30 to 75 inches).

Even the most conservative estimate will result in much of the Maldives going the way of Atlantis.
Posted by Peio at 1:01 AM