David Cooke said he discovered
the longest land to land 'straight line' ocean route on Earth.
Over 2000 miles longer than the one from Kamchatka to Pakistan.
Really ?

Timothy Whitehead from Google Earth blog recently came across this post on Reddit.
It references to the above YouTube video from David Cooke, claiming to have discovered the longest straight line that can be sailed without going over land.
The video creator calls it the "Cooke Passage".
However, we have attempted to recreate it in Google Earth, and it appears that it is not actually a straight line.

GoogleMapsMania has in the past discussed what constitutes a straight line in Google Earth.
In this instance, we are interested in Great Circles, which is what Google Earth uses by default when drawing a path.
However, Google Earth always draws the shorter arc of a Great Circle, so to draw the longer section of a Great Circle it is necessary to include at least one more point and then adjust it with care.
You know you have got it right if you can draw another shorter path on any section of it and it still follows the same path.
Using the above techniques, and locations shown in the video, we have investigated the Cooke Passage and decided that it does not follow a great circle. 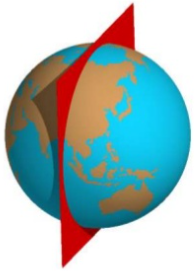 We also confirm this statement and in order to go further in analyzing this route, we propose a more accurate method for drawing the longer section of a Great Circle (orthodromic route) on Google Earth :

Note : Great-circle navigation is the practice of navigating a ship along a great circle (shortest route).
A great circle track is the shortest distance between two points on the surface of a sphere; the Earth isn't exactly spherical, but the formulas for a sphere are simpler and are often accurate enough for navigation.

1/ calculate the Great Circle route from the Start point to the End point :

As the long arc is higher than half of the Earth circumference at the Equator (so higher than 10,819 Nm, actually in this case about 19,401 Nm), the calculation will give the shorter arc of the Great Circle.
Effectively, points A and B split their great circle in two arcs of which (except for antipodal A and B) one is shorter than the other. The important bit is that the calculation of the shortest distance between two points on a sphere is done for the minor arc of a Great Circle.

Then how to calculate the major arc ?

2/ calculating at first the midpoint of this minor arc (the half-way point along a great circle path between the two points) using the ‘Haversine’ formula. 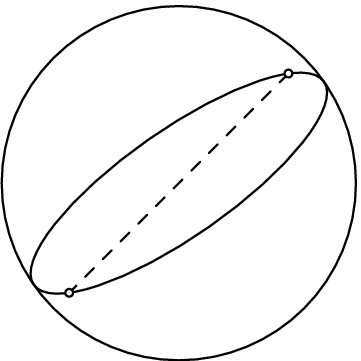 This point will be the necessary intermediate waypoint allowing to draw the major arc Great Circle with Google Earth : see the resulting kml file. and the Cooke passage Great Circle major Arc on Google Earth  showing the line crossing Australia, so not a new world longest GC straight-line sail :

By the way, to follow a great circle track, the navigator needs to adjust the ship's course continuously because the great circle track is a curve when plotted on a Mercator map (see illustration above).
Therefore, it is not really practicable to sail on an exact Great Circle route.
In order to take advantage of the shorter distance given by the Great Circle track, mariners usually divide a Great Circle track between the initial position and the destination into smaller segments (way points) corresponding to some sailing time and make course adjustments at each next waypoint.
The total distance is therefore the sum of the distances of those rhumb line segments (loxodromic with constant angle route) calculated by means of Napier rules for spherical triangles, allowing to calculate several individual waypoint's WGS84 Latitude and Longitude.

In some previous GeoGarage posts regarding longest GC sailing : 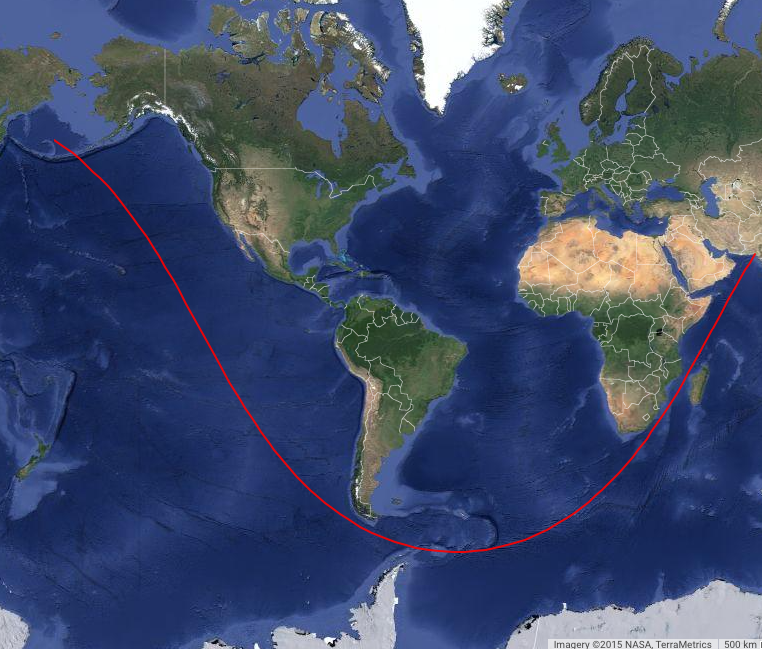 
GoogleMapsMania also came across another interesting, though shorter route that goes from Norway to Antarctica by way of the Bering Strait.


Using an intermediate waypoint as the antipodal of the midpoint for this minor arc between Norway and Antarctica, passing by the Bering straight, we get a different result comparing to the above kml file issued from GoogleMapsMania. 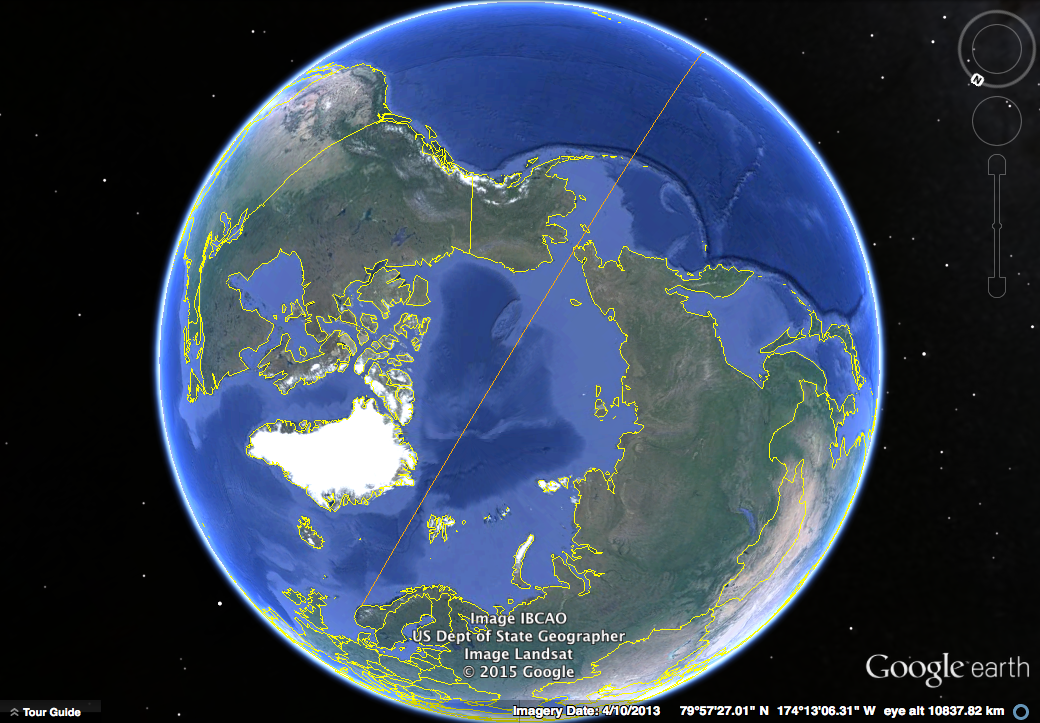