This creek divides the US connecting the Atlantic and Pacific oceans

Parting of the Waters: a creek that flows to two oceans
A creek in Wyoming splits in two, one side flowing to the Atlantic and one side to the Pacific.
You can't pass the blue line without crossing water.
Picture : wheatley_cereal/reddit
It's a bit tricky to follow the full route on Google Maps, but it goes something like this:
Columbia River (Wa.) → Snake River (Ore.) → Teton streams (Wyo.) → Yellowstone Lake (Wyo.) → Yellowstone River (Wyo.) → Missouri River (MT) → Mississippi River

From Gizmodo by Jesus Diaz

The Panama Canal is not the only water line connecting the Atlantic and Pacific Oceans.

There's a place in Wyoming—deep in the Teton Wilderness Area of the Bridger-Teton National Forest—in which a creek splits in two.

Like the canal, this creek connects the two oceans dividing North America in two parts. 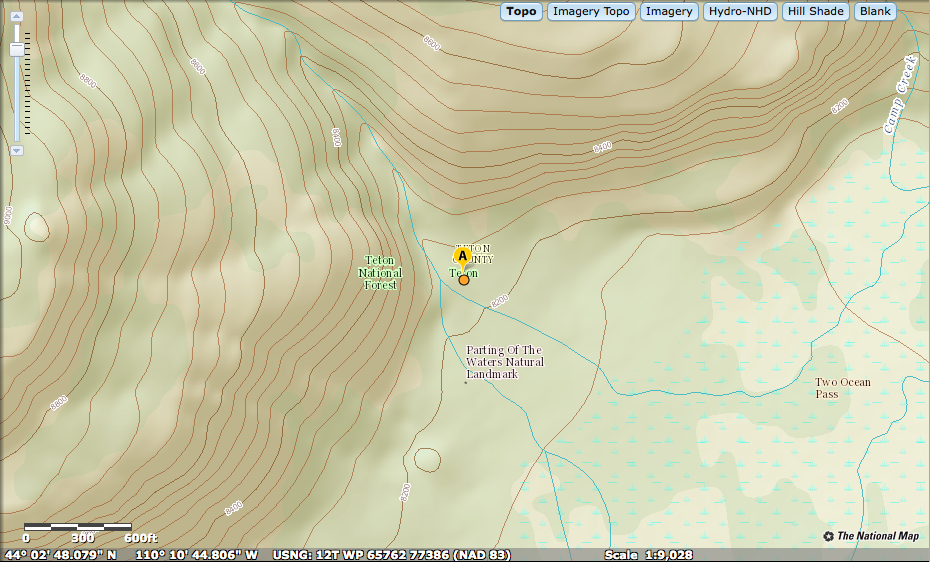 Two Ocean Pass : a mountain pass in Wyoming where a stream splits and half the water goes to the Pacific Ocean and half goes to the Atlantic Ocean 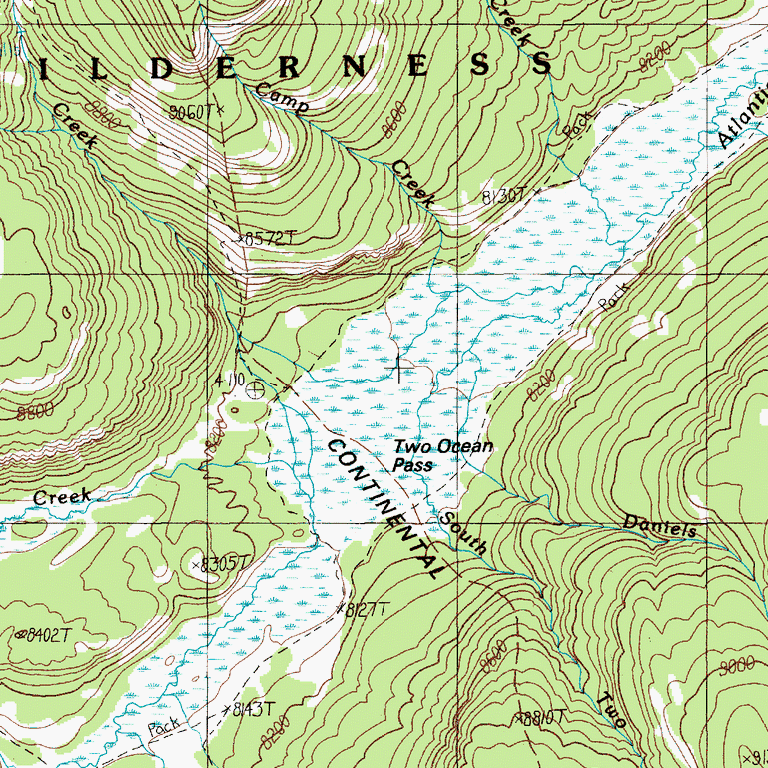 Yes. You read that right: North America is divided in two parts by a single water line that—no matter how hard you try not to—you will have to cross to go from North to South and vice versa.

The creek divides into two similar flows at a place called the Parting of the Waters, pictured above.

Of course, unlike the Panama Channel, you can't navigate these waters—unless you are a fish:

At Parting of the Waters, water actually covers the Continental Divide such that a fish could safely swim from the Pacific Ocean to the Atlantic Ocean drainages. In fact, it is thought that this was the pass that provided the immigration route for Cutthroat Trout to migrate from the Snake River (Pacific) to Yellowstone River (Atlantic) drainages.

I don't know about you, but I find this to be pretty damn awesome.
But this is not the only water way to connect the two oceans.

Isa Lake, which is located close to the "Parting of the Waters", has two mouths.
The two mouths allows the water from the lake to flow to the Atlantic and Pacific Oceans.


In the same way, Divide Creek is a short creek near Kicking Horse Pass on the British Columbia/Alberta border (also the border between Yoho National Park and Banff National Park). After following the Continental Divide of the Americas for a short distance, the creek forks, with one side draining east to the Atlantic Ocean into Hudson Bay through the Bow River, and the other side draining west to the Pacific Ocean through the Kicking Horse River.