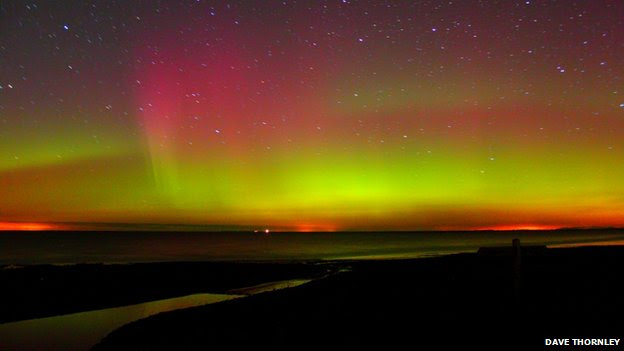 The Northern Lights were photographed by Dave Thornley at Ballaugh beach

The Aurora Borealis has been photographed by a stargazer on the west coast of the Isle of Man.

Dave Thornley, from Peel, photographed the Northern Lights from Ballaugh beach on Monday.
The Aurora Borealis are best seen from the Northern latitudes like Norway, Alaska, Iceland and northern Scotland.

Mr Thornley said: "To see something this intense so far south is extremely rare. This is the first time I have managed to get pictures like this."
He added: "I was just setting up my camera on the mount when I saw a glow coming from the north so I swung the camera around and took some pictures.
"It was quite exciting, I just wasn't expecting anything this intense so I made some frantic phone calls to my friend, Harvey Wood and he came out and got some pictures because we have both been trying to photograph the Northern Lights for ages."

Mr Thornley and Mr Wood are regular night photographers and Ballaugh beach is a favourite spot because of the lack of artificial light.

The pair have been trying to capture the Aurora Borealis for the past year. 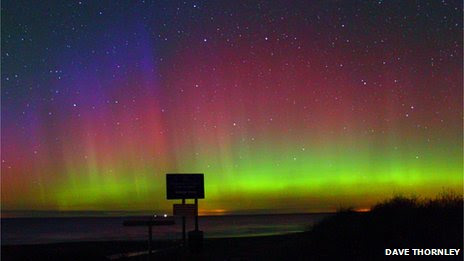 "I knew there had been a geomagnetic storm but we were only planning to photograph the Milky Way," Mr Thornley said.
"I just remember seeing big fingers of colours and light right above our heads at about 45 degrees from the horizon and from other reports from around the UK, it seems it lasted throughout the night." 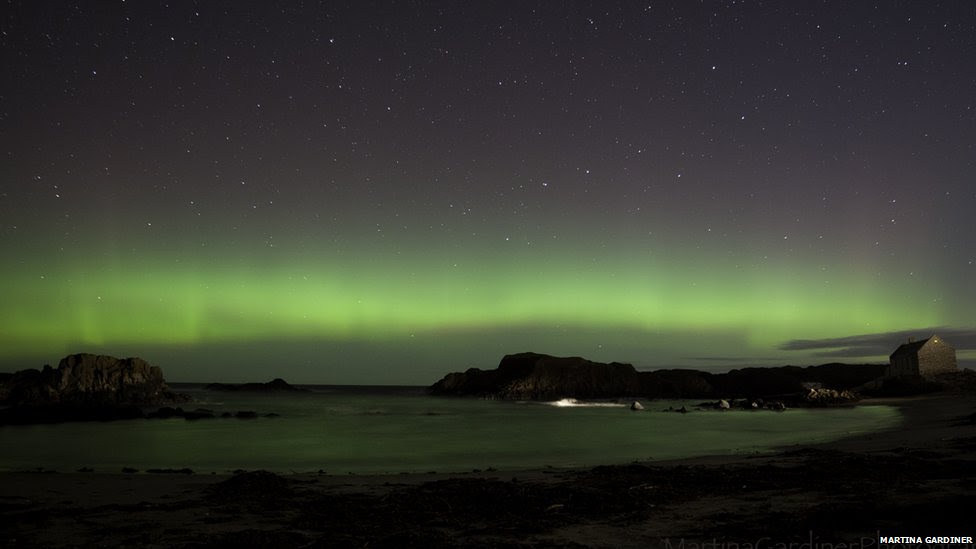 The Northern Lights happen when incoming solar radiation hits the earth's upper atmosphere and excites atoms to a new energy state, emitting colours which is energy in the form of light. 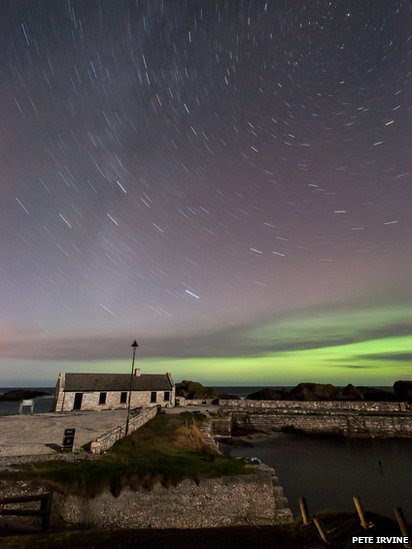 Pete Irvine is from Ballintoy in Northern Ireland where he took this picture of the harbour. He says that the white lights are from star trails.

Howard Parkin, chairman of the Isle of Man Astronomical Society, said: "The Aurora Borealis can be seen from the Isle of Man about two or three times a year but it is rare for all the conditions to be right.
"I think the last time they were seen from the island was in May but when they are viewed from this latitude it usually looks like a green glow - to get all the colours is spectacular, rare and wonderful." 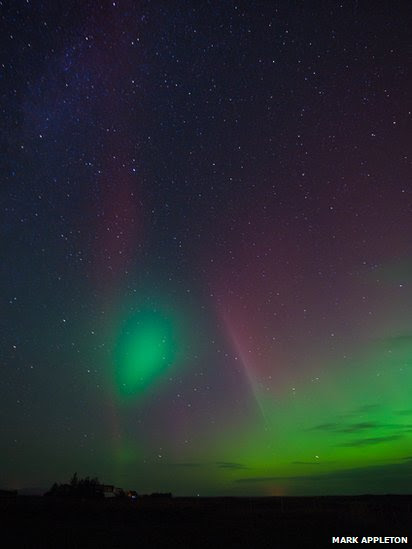 When the waves of light are predominantly red, it indicates a high level of "oxygen excitation" compared to low levels in the green layers. South Erradale, Gairloch, Scotland.
Photo: Mark Appleton.