Calais/Dunkerque to Dover on the Marine GeoGarage (with SHOM overlay) 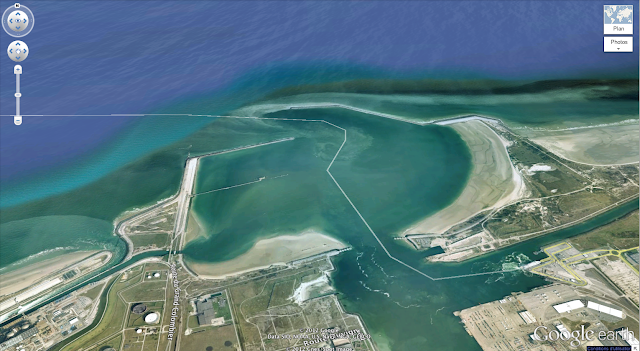 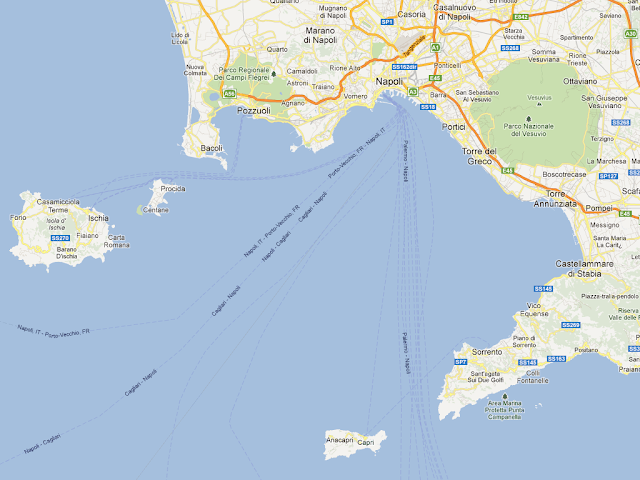 Ferry routes are also more clearly labelled than before, and Google Maps will estimate a ferry time  based on its timetables if users try planning a route for their journey.
(example in Italy with the Marine GeoGarage)

We’ve also added better and more clearly labelled ferry routes in many places, such as the area below surrounding Naples, Italy.
Traveling by ferry is one of my favorite ways to explore a city—I love looking back from the water at the cityscapes—and this improvement will help you find the ferry routes you need to do the same. You can even use Google Maps to get transit-based directions for ferries.
We take into account ferry timetables to route you over water just easily as you might follow our driving directions over land.


Become an Antarctic explorer with panoramic imagery (from Google LatLong)

In the winter of 1913, a British newspaper ran an advertisement to promote the latest imperial expedition to Antarctica, apparently placed by polar explorer Ernest Shackleton.
It read, "Men wanted for hazardous journey. Low wages, bitter cold, long hours of complete darkness. Safe return doubtful. Honour and recognition in event of success."
While the ad appears apocryphal, the dangerous nature of the journey to the South Pole is certainly not—as explorers like Roald Amundsen, Robert Falcon Scott and Shackleton himself discovered as they tried to become the first men to reach it.

Back in September 2010, we launched the first Street View imagery of the Antarctic, enabling people from more habitable lands to see penguins in Antarctica for the first time.
Today we’re bringing you additional panoramic imagery of historic Antarctic locations that you can view from the comfort of your homes.
We’ll be posting this special collection to our World Wonders site, where you can learn more about the history of South Pole exploration.


With the help of the Polar Geospatial Center at the University of Minnesota and the New Zealand Antarctic Heritage Trust, we’ve added 360-imagery of many important spots, inside and out, such as the South Pole Telescope, Shackleton's hut, Scott’s hut, Cape Royds Adélie Penguin Rookery and the Ceremonial South Pole.