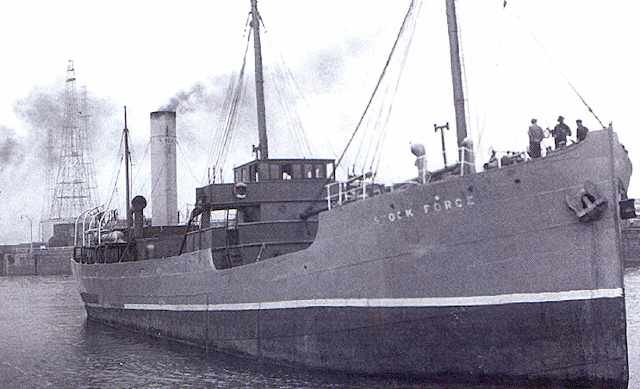 Explorers have located the shipwreck of a top-secret First World War “Mystery Ship”, whose captain won the Victoria Cross and later appeared as himself in a silent movie about its sinking.

Position (WGS84) : 50°08.986' N / 3°59.935' W
For years, its final resting place was unknown because official charts had placed it in the wrong location.
The team started to look for the wreck after realizing that the position given for it in official maps and charts was incorrect.
Wikipedia : List of shipwreck in July 1918 :
"The Q-ship was torpedoed and damaged in the English Channel 25 nautical miles (46 km) west of Start Point, Devon (49°49′N 3°53′W); HMS Stock Force later sank off Bolt Tail in Bigbury Bay"
They spent about four years searching for it, before they discovered the vessel about eight miles from where the charts said it was, at a depth of 200ft and 14 miles from Plymouth.

It was perhaps one of the most hazardous roles of the First World War – acting as bait for German submarines.
But that was exactly the job of HMS Stock Force, one of the Royal Navy’s top secret “Q-ships” or “Mystery Ships” – specially adapted decoy vessels with concealed guns, which lured U-boats to the surface and then engaged them in a deadly duel.
The Stock Force was sunk in just such a clash, in what became one of the war’s most celebrated naval encounters, which led to its captain, Lieutenant Harold Auten, receiving the Victoria Cross, and inspired an early action film.

‘Sunk without Trace’
One more victim of the U-boat campaign is taking her final plunge, and in the moment the North Sea will have covered her completely .
The total death rate in the British Mercantile Marine reached higher percentage in relation to personnel than that of the Royal Navy.

More than 90 years later, a team of explorers believe they have found the wreck of the vessel and will present their findings at the International Shipwreck Conference in Plymouth.
Steven Mortimer, 46, a former corporate banker from Bristol, who led the team that found the vessel, said: “Q-ship crews became national heroes after the war and Harold Auten wrote his memoirs, which we were able to use to help us work out that we had the right wreck.
There are many wrecks around our shores, but few with such a fantastic story as the Stock Force.” 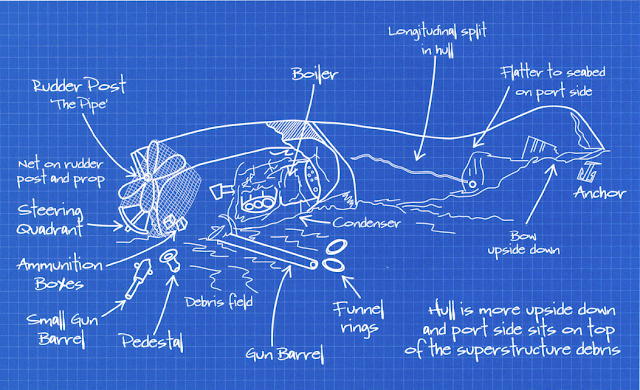 The 160ft ship, a former collier which still had the appearance of a merchant vessel and whose Royal Navy crew were disguised as merchant sailors, was lost off the coast of Devon on July 30, 1918, after being attacked by a submarine which it, in turn, ambushed.
As their vessel slowly sank from the damage caused by a German torpedo, which had also injured a number of sailors, the crew of the Stock Force remained hidden at their posts while the U-boat surfaced to finish them off with shellfire.
To coax the submarine close enough to be within range of its guns, a so-called “panic party” of sailors rowed away from the stricken ship, before turning back towards it.
Taking the bait, the enemy submarine drew closer until the Stock Force’s weapons were revealed and it opened fire.
Three direct hits were made, one blowing off the periscope, another blowing up the conning tower and the third ripping into the hull of the submarine.
Firing continued until the U-boat vanished beneath the surface.
During the action, one sailor on the Stock Force was forced to remain pinned under one of its guns, where he had been stuck since the torpedo hit.
To avoid arousing the suspicion of the approaching Germans, he could not be rescued.
By the time he was freed, he had almost drowned.
In the end, however, it was the British ship that went to the bottom, disappearing under the waves about four and half hours after the torpedo had struck.
Her crew were rescued by trawlers and two torpedo boats.
The submarine managed to limp back to its port.


Is this the Q-ship HMS Stockforce?

Despite the outcome, the clash became a famous event after the war ended.
During the conflict, Q-ships had been top secret and few details were given of the Stock Force’s sinking or the reasons behind the Victoria Cross awarded to its captain.
Once the war ended, though, the legend of the Q-ships, especially that of the Stock Force, grew. The captain published a book, “Q” Boat Adventures, and the incident was made into a silent film, in 1928, called Q-Ships, in which Auten – who later became executive vice-president of the Rank Organisation in New York – appeared as himself.
The film also featured Val Gielgud, the brother of Sir John.

The vessel, which was built in Dundee, was one of around 200 Q-ships used during the First World War.
They are thought to have taken the name from the home port of the earliest versions – Queenstown, now known as Cobh, in the Republic of Ireland.
The phrase lives on in “Q cars” which is the term for unmarked police vehicles.
The ships, which were typically cargo steamers or trawlers, had guns concealed under dummy lifeboats or hidden under fake funnels and awnings.

Today, only one of the boats, historic vessel HMS President,
which is moored on the Thames, survives afloat.

Some of the ships used paint to hide their cache of weaponry.
The idea was to lure U-boats into attacking these decoy ships, which would unleash their hidden weaponry.
They often carried a cargo of wood to make them harder to sink. The submarine involved in the Stock Force clash is thought to have been UB80, which was captained by Max Viebeg, although some experts suggested that it might have been a different vessel.
In 1929, the Prince of Wales gave a dinner for Victoria Cross holders in Guildhall, London, and Auten replied to the Prince’s speech on behalf of the Navy.
After the war, Auten, who was born in Leatherhead, Surrey, worked in the film industry in the US.
He moved to Bushkill in Pennsylvania, where he owned a hotel and cinema.
During the Second World War, he returned to naval service, directing convoys across the Atlantic from New York. He died in 1964.