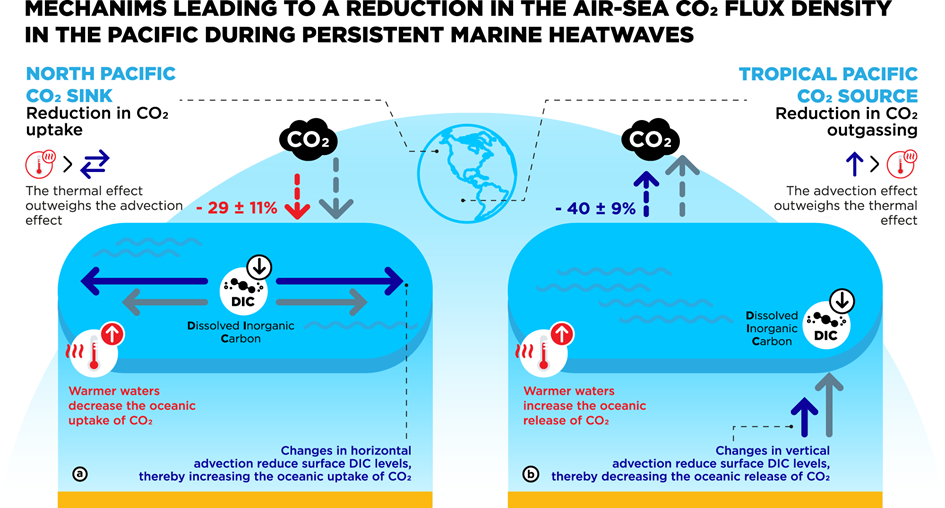 From Mercator Ocean by Maura Tronci

Several expert oceanographers in Mercator Ocean International’s team made important advances in the study of marine heatwaves (MHW), defined as extreme rises in ocean temperature for an extended period of time.
Their scientific paper Decrease in air-sea CO2 fluxes caused by persistent marine heatwaves has recently been published in Nature Communication, an open access journal that publishes high-quality research from all areas of the natural sciences. 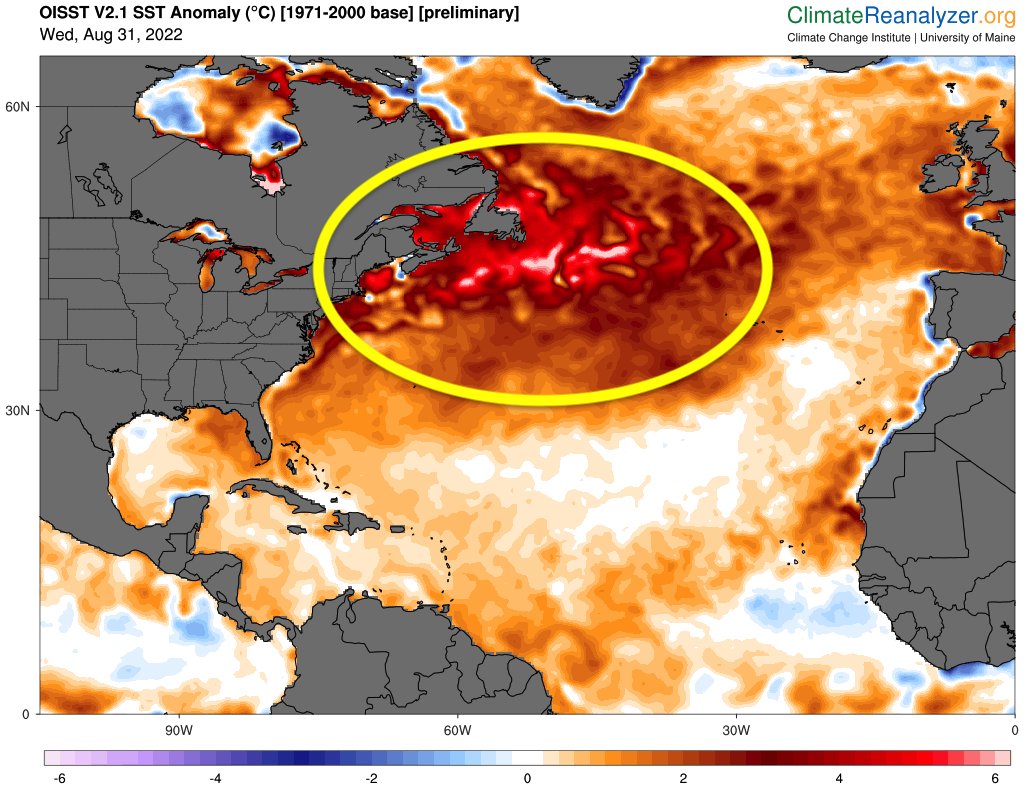 The North Atlantic is experiencing an unprecedented marine heatwave, with the region experiencing its warmest water temperatures in recorded history.
This could have major implications for marine ecosystems and recurving hurricanes advancing towards Europe this fall.
CO2 sensitive areas & Persistent Marine Heatwaves (PMHW)

Based on a joint analysis of satellite measurements, BGC-Argo observations, reconstructions derived from machine learning algorithms, and a state-of-the-art numerical model of the global ocean, produced by Mercator Ocean International, the study highlighted an absence of essential knowledge on marine heatwaves and their effect on the CO2 sensitive areas.
Starting from the latter, it has been observed that the ocean is currently absorbing about 25% of anthropogenic CO2 emissions, thereby providing a significant ecosystem service to mankind by mitigating global warming.
The CO2 fluxes occur at different zones throughout the ocean: carbon dioxide is mainly absorbed at high latitudes, while it is released back to the atmosphere in low latitudes.

Marine heatwaves can occur at different locations in the ocean, and their magnitude and frequency have increased over the last couple of decades, with harmful impacts on ecosystems, marine industries and human activities.
In the paper, the authors focused on intense and long-lasting marine heatwaves (Persistent Marine Heatwaves, PMHW).
They show that PMHW occur in major CO2 uptake and release areas, the so-called CO2 sensitive areas, as shown in the picture below. 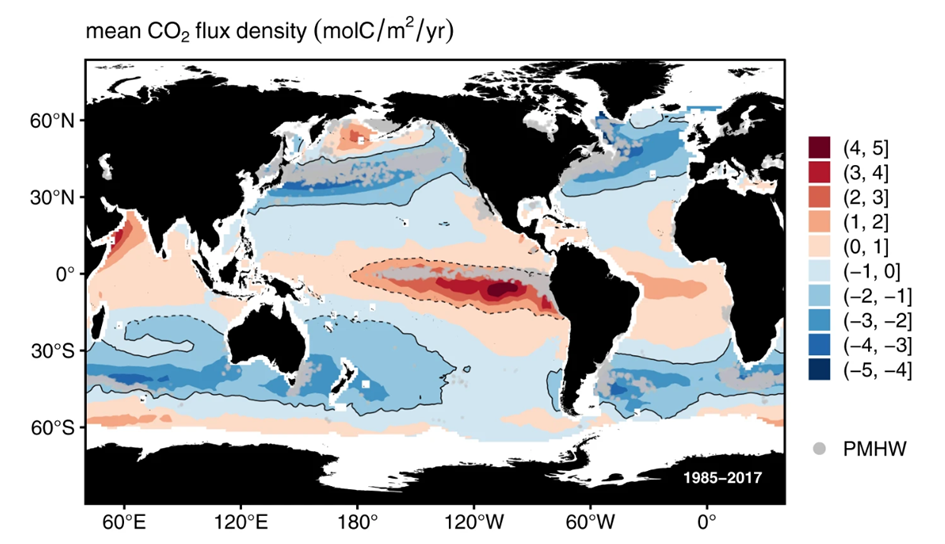 The strongest and most significant impact of PMHWs on the air-sea exchange of CO2 occurs in the Pacific Ocean, with a net decrease in the oceanic uptake of CO2 of 29 +/- 11 % in the North Pacific and a 40 +/- 9 % net reduction in CO2 release in the Tropical Pacific.
These results provide new insights into the interaction between marine heatwaves and carbon dioxide sensitive zones.
They especially pave the way for future investigations on its evolution under climate change.