Editor’s note: The following text is a transcript of the video and includes links to detailed descriptions of each satellite image.

With more than 370,000 miles of coastline on Earth, there are plenty of places where epic waves build up, curl over, and hurtle toward the shore—much to the thrill of surfers.

There are some places where these waves are so magnificent that they can be seen from space.
With the broad perspective of satellites, we can see how these iconic waves develop into the world’s tallest, longest, fastest, and heaviest. 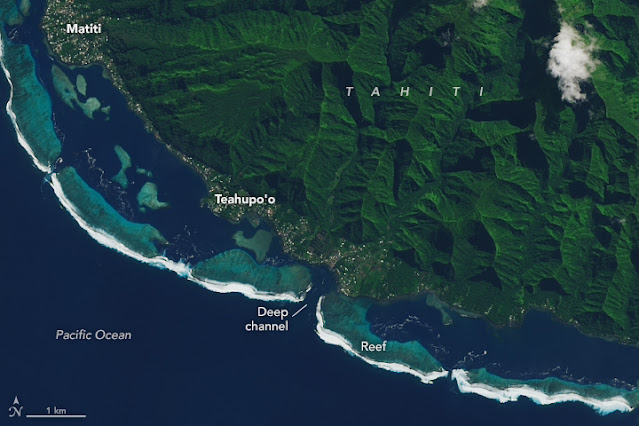 localization with the GeoGarage platform (SHOM nautical raster chart)
Off the southern coast of Tahiti, the heavy waves at Teahupo’o are influenced by the island’s remoteness.
The swells from storms thousands of miles away often travel unimpeded across the South Pacific toward the southern coast.
These southwesterly swells carry energy across the deep, open ocean until crashing into the very shallow reef off Teahupo’o.
The waves heave a crushing amount of water toward the shore, rideable by the bravest surfers. 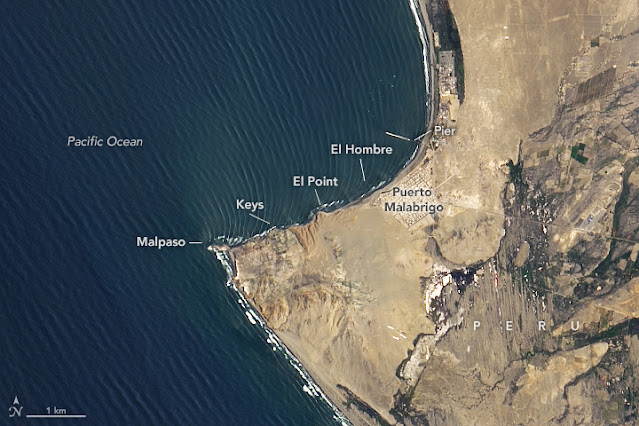 localization with the GeoGarage platform (DHNP nautical raster chart)
In Peru, the famously long waves at Chicama are influenced by the shape of the land.
Waves arriving from the open Pacific roll nearly parallel to this part of Peru’s coastline.
They start to roll up at a cape that juts into the Pacific.
Then they progressively break at a series of four points along the shoreline.
Swells overturn and peel as they roll over the ever-shallower seafloor.
When conditions are just right, surfers can ride Chicama’s waves for minutes at a time. 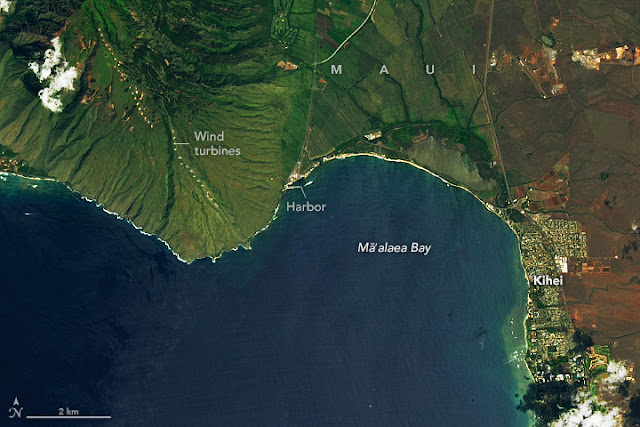 localization with the GeoGarage platform (NOAA nautical raster chart)
Off Maui’s southern shore, ripping-fast waves known as “freight trains” show up in summer, spurred by faraway storms.
The late-season waves in this image were probably influenced by Hurricane Walaka, a category-4 storm brewing nearly 1,000 miles away.
The speed of the waves along this part of Maui comes from the dramatic transition of the seafloor from deep water to shallow.
Still, freight train waves are relatively rare, requiring swell to approach the bay from the perfect southerly direction.
Big-wave surfers can more consistently find extreme waves on the island’s north side, where during the winter months the waves come alive at a surf spot known as “Jaws.” 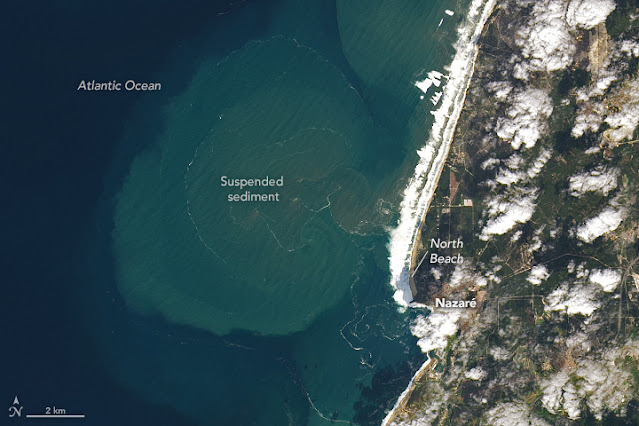 localization with the GeoGarage platform (NGA nautical raster chart)
In Portugal, the waves at Nazaré sometimes build up due to far away storms.
In October 2020, towering waves piled up due to the remnants of Hurricane Epsilon and a low-pressure system near Greenland.
That’s when a Portuguese surfer reportedly surfed a wave more than 100 feet tall.
But storm systems alone cannot explain why the waves off Nazaré are routinely so large.
The waves are magnified and focused by a deep underwater canyon that comes to an end at Nazaré Bay.

All of these iconic waves are shaped by the unique features of our oceans and coasts.
There are many other coasts with waves revered by surfers.
Given the vastness of Earth, there are probably a few more to be discovered.
Links :
Posted by geogarage at 1:36 AM