French Minerve submarine is found after disappearing in 1968

'Minerve' S647 French submarine that has been missing for more than 50 years has been located by a search team. 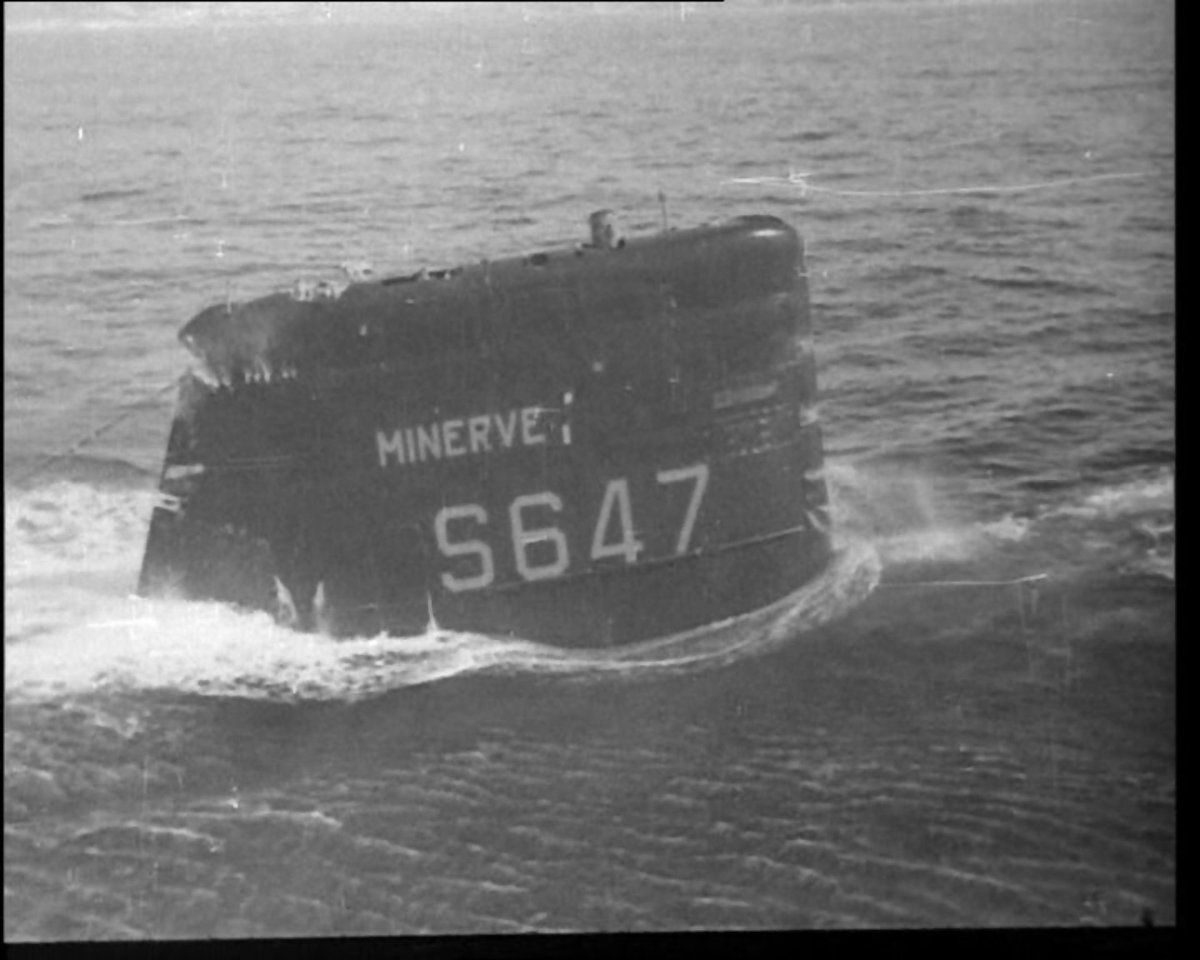 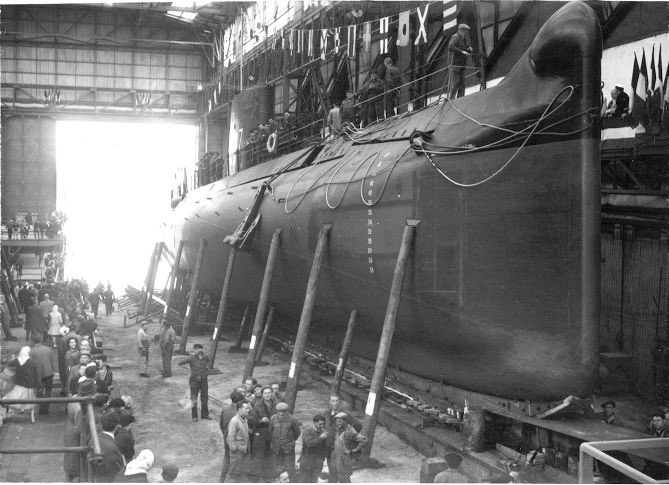 French Defence Minister Florence Parly tweeted the announcement on Monday, describing the discovery as a "relief and technical feat". 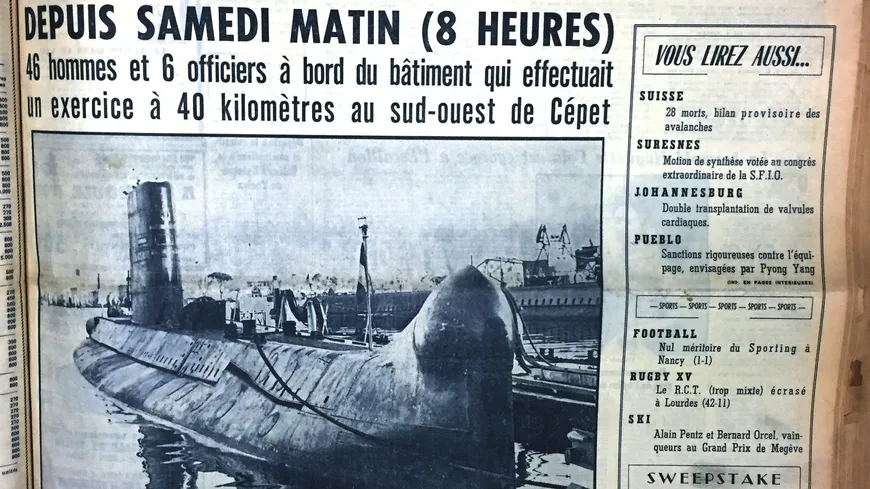 She was involved in a sub-hunting exercise with a maritime patrol plane off Toulon, France on January 27, 1968 when she disappeared with all hands.

Fifty-two sailors were on board the Minerve when it vanished near the port of Toulon, on the French south coast, in January 1968. 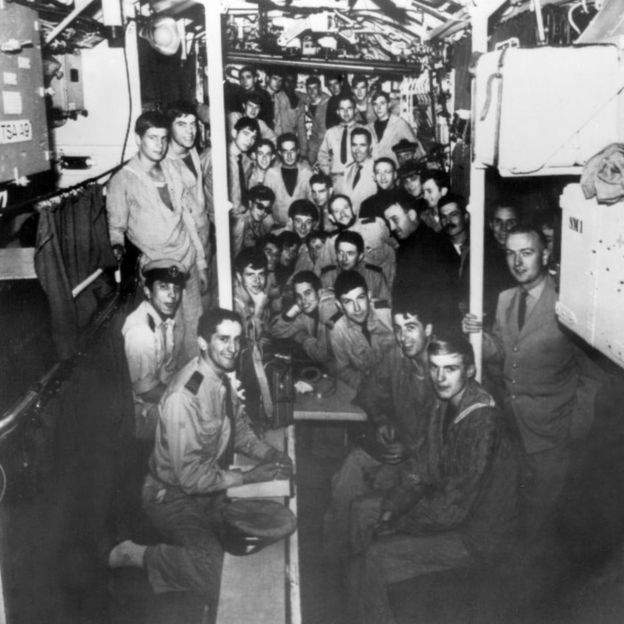 A file photo from 1965 shows the crew of the submarine

The Minerve submarine, in the 'Vieux Port' of Marseille in the 1960s.
STF / AFP

Previous efforts to find the submarine were all unsuccessful.


Second phase of the new search campaign for the submarine La Minerve, which disappeared on 27 January 1968 off Toulon.
From 3 to 13 July 2019, Antea, a multidisciplinary research vessel of the Institut de Recherche pour le Développement (IRD), is using an IFREMER AsterX underwater drone to search for anomalies on the seabed, about 2300 metres below the water's surface.

Ms Parly announced the new recovery effort earlier this year, following fresh requests from bereaved families to find their loved ones.
"We have just found the Minerva," Ms Parly tweeted (in French).
"It's a success, a relief and a technical feat. I think of the families who have been waiting for this moment so long."

The new search team reportedly re-analysed data from the accident, including tides, to help find the wreckage with the help of new technology, AFP reports.

Seafloor mapping in the area of search
source : EMODnet

The final discovery was made by a boat belonging to private US company Ocean Infinity, an unnamed French naval official told the news agency. 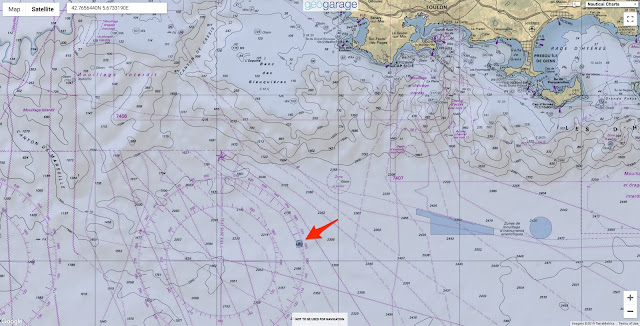 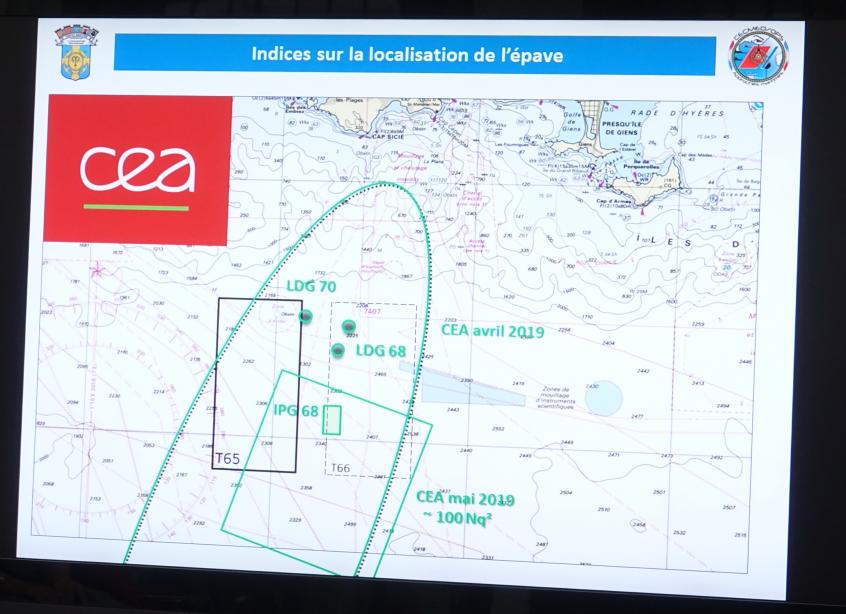 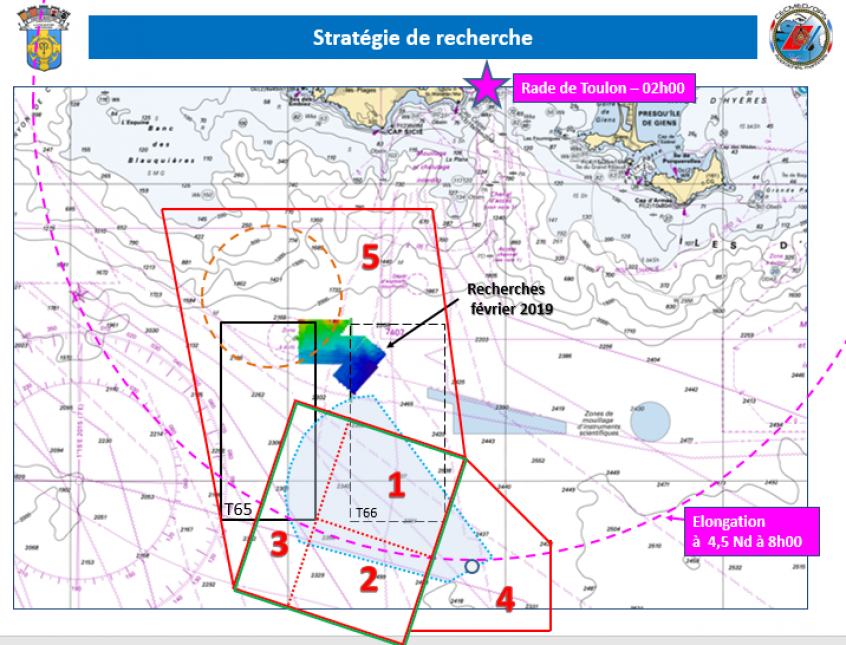 Looks like the French submarine Minerve was found near the southern section of area T65 above the 'T' in @CEA_Officiel search area chart
source : @benjohn85

Seabed Constructor joined by a French Navy vessel (MMSI 227998100 Falo) approaching the site
Using a modern reconstruction of the tides, currents and circumstances at the time of the Minerve's loss, the search team narrowed the area for the hunt.
Ocean Infinity's survey vessel Seabed Constructor arrived to begin the search last week, and she found the Minerve on Monday - achieving in five days what could not be done by multiple search teams in years past. 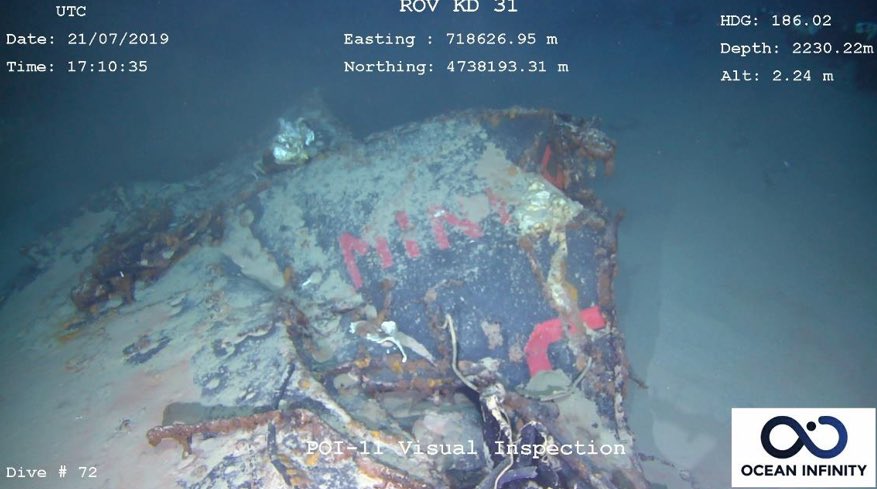 The wreckage was found in 2,370 m of water.
The sub's wreckage rests in three pieces on the bottom, and positive identification was possible because a portion of Minerve's name was visible on the bow section.
The cause of Minerve's loss is unknown, and will likely remain that way.
There are no plans to raise the wreck from the extreme depth of its resting place, Premar Mediterranee spokesman Stanislas Gentien told the Times.
The most important thing was to locate the Minerve to help families grieve,” he said.
“We won’t try to understand how it sank.”

The precise reason behind the accident involving the Minerve has never been revealed.
It was one in a string of a deadly disasters involving military submarines around the world during the 1960s.