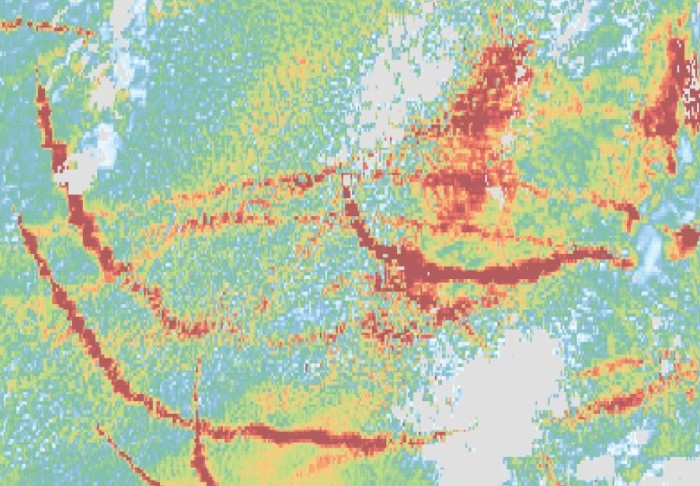 Knowing how aerosols – particles released by the burning of fossil fuels – change clouds is important for creating accurate climate models. In particular, aerosols can change the reflectivity of clouds, which can influence the amount of energy from the Sun that the atmosphere reflects back into space.

More reflective clouds would decrease the energy that reaches the Earth’s surface, and therefore reduce the impact of global heating.
It is therefore important to get an accurate picture of how clouds respond to human pollutants like aerosols.
This means that we can more accurately check the behaviour of clouds in weather and climate models, leading to better models and more accurate future climate projections.Dr Edward Gryspeerdt

Knowing the speed at which clouds change in response to aerosol is important to understand their effect on the climate.
Researchers from Imperial College London, the University of Leipzig and University College London have now used aerosols emitted by ships as a 'stopwatch' for measuring how quickly aerosols change clouds

Aerosols released from ships form distinct lines within cloud formations, known as ‘ship tracks’. Over the open ocean, the clouds are unlikely to be affected by factors other than the aerosols, making ship tracks the ideal ‘natural experiment’ for determining the aerosols’ impact.

The team looked at satellite images of ship tracks and used wind information and ship logs to determine how long ago each ship passed by certain points.
They could then link the status of the cloud to the changes caused by the ship’s emitted aerosols.

The study, published today in Atmospheric Chemistry and Physics, is the first to study ship tracks over time.
Climate changes

They found that while the number of water droplets in ship track clouds increased within an hour, as they formed around the aerosols, some changes occurred more than 20 hours later.
These included the actual amount of water in the cloud, which continued to change over hours, and likely beyond the 20-hour limit of the study. 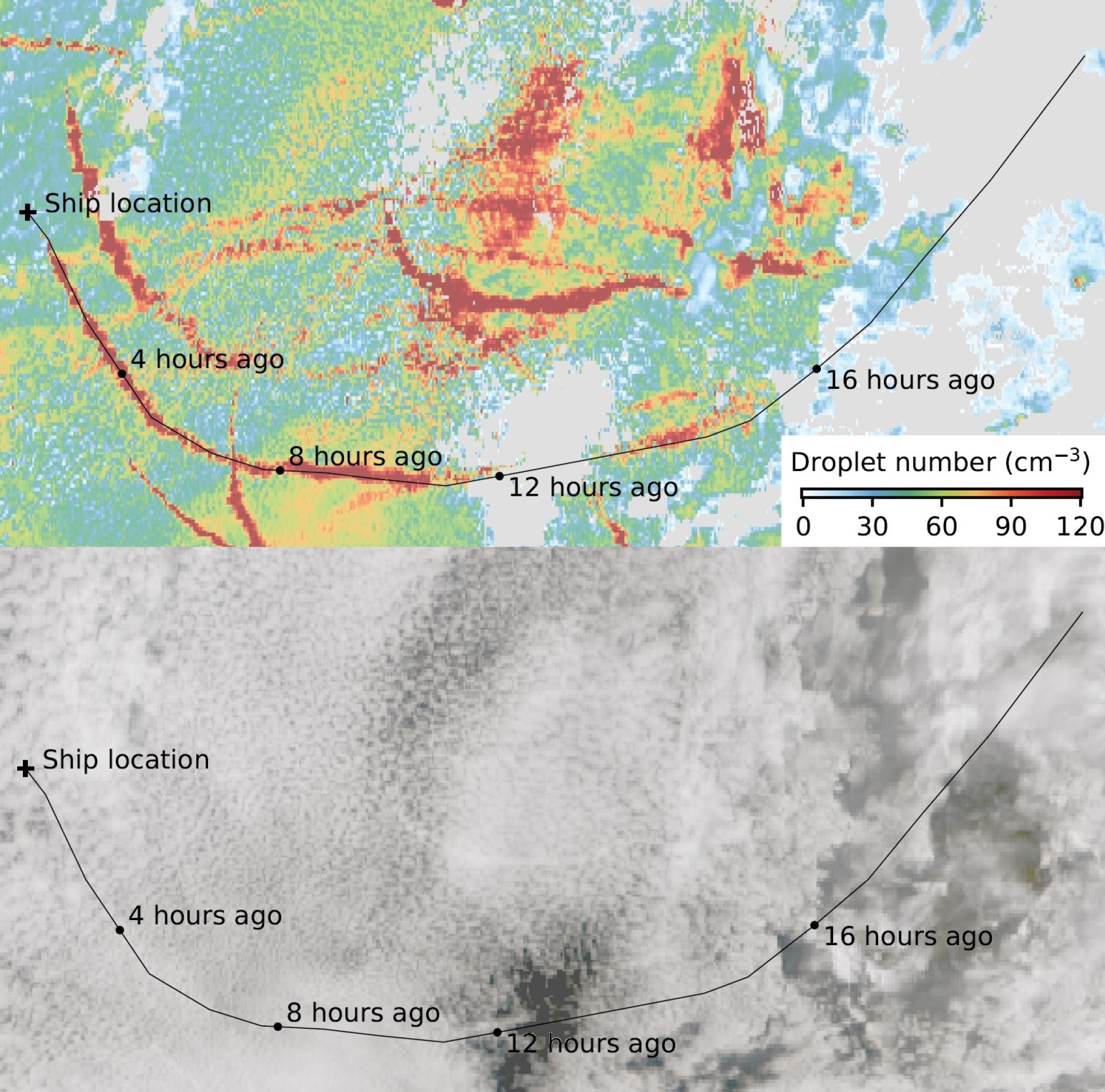 Satellite image showing the impact of ships on droplet number.
Using the ship course and local windspeed, the motion of the ship particulates can be tracked,
allowing the impact of the ship on the clouds to be followed back in time
Lead researcher Dr Edward Gryspeerdt, from the Department of Physics at Imperial, said: “Short-term changes have been relatively well studied, but how the response changes over longer timescales is less well known, and has largely been studied with computer models alone.

“This is important for the climate as we often rely on short-term changes to build our understanding of how aerosol pollution affects clouds, but our results show the water status of clouds could be underestimated if the full impact of aerosols over time isn’t taken into account.

“This means that we can more accurately check the behaviour of clouds in weather and climate models, leading to better models and more accurate future climate projections.”

While the study was the first to measure the speed of cloud changes in static images the team would like to study images from satellites that can see changes in real time.
This would require data from ‘geostationary’ satellites, which stay looking at one region of the Earth.
Too clean for clouds?

The study also helped answer another question: can the atmosphere ever be ‘too clean’ to form clouds? In other words, are there places where all the other conditions are perfect for clouds but there are too few aerosols for them to form?

The team found places where before the ship passed, there were no clouds, but the passing of the ship caused a new cloud to form.
This suggests some areas of the open ocean are indeed normally too ‘clean’ for clouds to form, and only the addition of ship aerosols made them possible.
Links :
Posted by geogarage at 1:36 AM