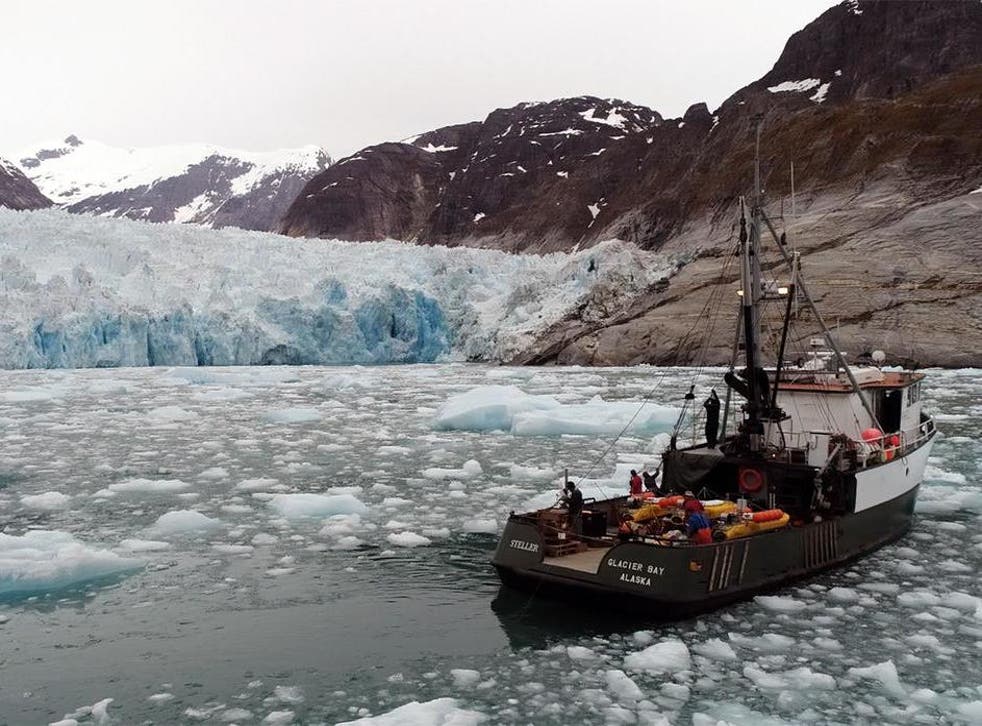 Researchers at Alaska's LeConte Glacier in 2016.
A pole holds the sonar instrument that collects data on the subsurface ice
(David Sutherland)
From The Independant by Phoebe Weston

Underwater glacial melting up to 100 times faster than thought, study finds
Existing models are ‘wildly inaccurate’ and significantly underestimated extent of melting, scientists say
Underwater glacial melting is happening up to 100 times faster than previously thought, a major study has found.
For the first time, researchers directly measured the melting of tidewater glaciers below the waterline.
They found existing models were “wildly inaccurate”.
Study co-author Rebecca Jackson, of Rutgers University-New Brunswick in the US, said: “We found that melt rates are significantly higher than expected across the whole underwater face of the glacier – in some places 100 times higher than theory would predict.”
Until now, scientists did not know how fast these glaciers – which are found in Greenland, Alaska and Antarctica – were melting under the surface. 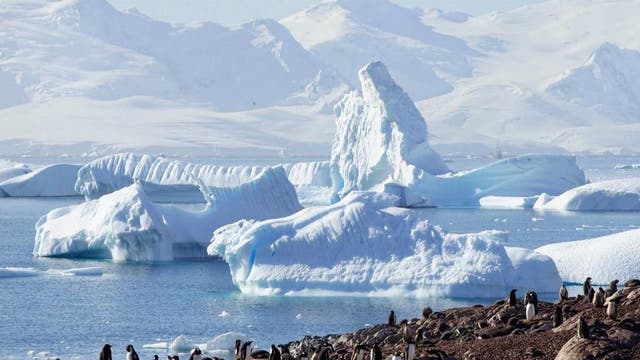 Researchers previously used water and air temperature, as well as ocean currents, to measure the melt speed.
But the latest study, published in the journal Science, found that ocean salinity and the shape of the glacier was also important.
“We have opened the door to correcting these models and allowing other researchers to use our method to explore other tidewater glaciers around the world," lead researcher Dr David Sutherland told The Independent. 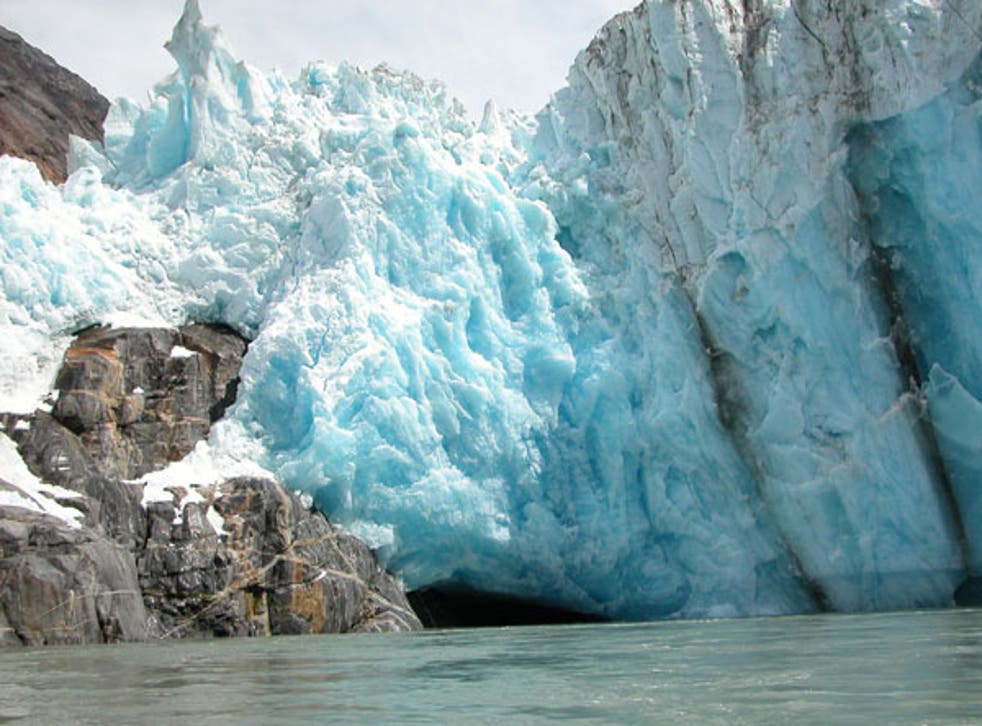 LeConte Glacier, which flows into LeConte Bay
(NOAA)
The oceanographer, from the University of Oregon, added that his team's data “provides a new constraint for improving those models and points to the ocean as an important trigger for ice loss”.

Leconte Glacier with the GeoGarage platform (NOAA raster chart)
Scientists studied the underwater melting of LeConte Glacier, which flows into LeConte Bay in south Juneau in Alaska between 2016 and 2018.
They used sonar to scan and profile the underwater face of the glacier.
They also measured the speed of currents, temperature and salinity of the meltwater flow.
This short film is a product of a National Geographic Early Career Grant for storytelling.
It highlights LeConte Glacier’s position in a changing environment and its connection to the local community via a high school citizen science endeavor that has been ongoing since 1983.
The aim of this Sumdum project is to show otherwise unseen perspectives of something that won’t be seen for very much longer.
Iceberg calving was detected using time-lapse photography, and weather station data measured surface melt.
The team believe their approach could be used to study melting rates at other types of glaciers.

This latest study adds to research that suggests assumptions about underwater melting at glaciers need to be revisited – because of the alarming effects of the phenomenon on rising sea levels.
An ice shelf the size of New York City has collapsed in East Antarctica, an area long thought to be stable and not hit much by climate change.
Captured by NASA satellite photographs, the collapse of the Glenzer Conger ice shelf follows a period in March where parts of Antarctica became more than 40°C warmer than average.
"It certainly added a pressure onto those ice shelves that we haven't seen before," says Catherine Walker at Woods Hole Oceanographic Institute in Massachusetts.
"Over two days, it basically was gone, which was surprising."
Dr Sutherland added: “Future sea-level rise is primarily determined by how much ice is stored in these ice sheets. We are focusing on the ocean-ice interfaces because that’s where the extra melt and ice is coming from that controls how fast ice is lost.
“To improve the modelling, we have to know more about where melting occurs and the feedbacks involved.”
Links :
Posted by geogarage at 1:58 AM