Solo rower clocks 6,000 miles from California to Guam: ‘I’ve been beat up, I’m tired — but that’s all to be expected.’ 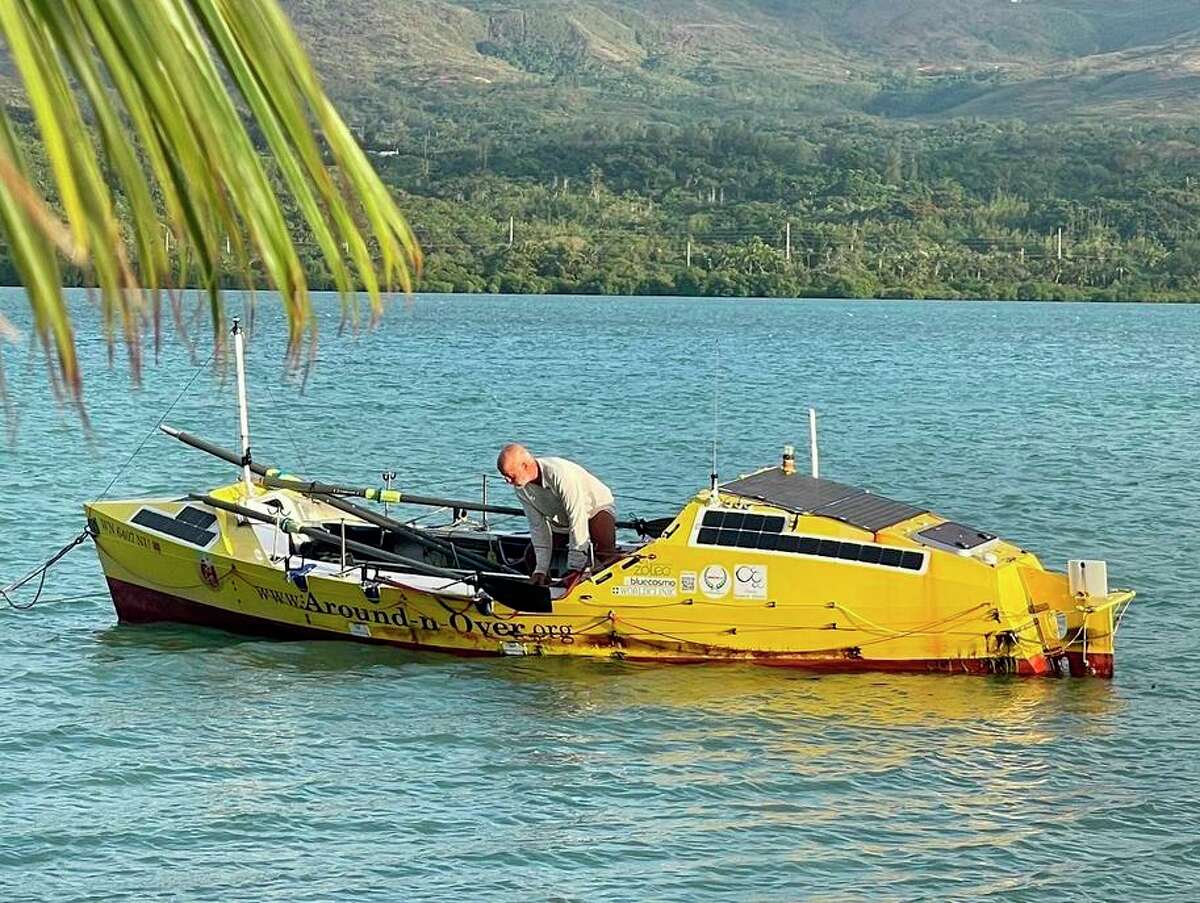 Erden Eruç arrived in Guam on  February 12th Saturday after a 6,000-mile journey from Crescent City with a brief pit stop in Hawaii.
Provided by Erden Eruç
From SFChronicle by Gregory Thomas
Since launching his one-man rowboat from the Northern California coast last summer, Erden Eruç has pulled himself nearly 6,000 miles across the Pacific Ocean.
That’s the distance between Crescent City and the tiny tropical island of Guam, where he made land Saturday after a grueling journey of squalls, salt sores and the muscle atrophy that comes with spending seven months doing little more than sitting down and grinding on oars.
“I’ve been beat up, I’m tired, sore here and there — but that’s all to be expected,” Eruç said on a phone call from Guam this week, shortly after arriving at the island territory.
“The muscles that have to do with locomotion are all sore. I’m getting used to standing again.”
Eruç, a 60-year-old Turkish adventurer who lives in Seattle, set out last June on a mission to circumnavigate the globe under his own power — rowing, bicycling and walking.
The first leg was supposed to be a solo voyage from California directly to Hong Kong.
But in September, Eruç opted for a brief pit stop in Hawaii for repairs, and trouble procuring a Chinese visa prompted him to waylay temporarily in Guam while he charts a new course to mainland Asia. 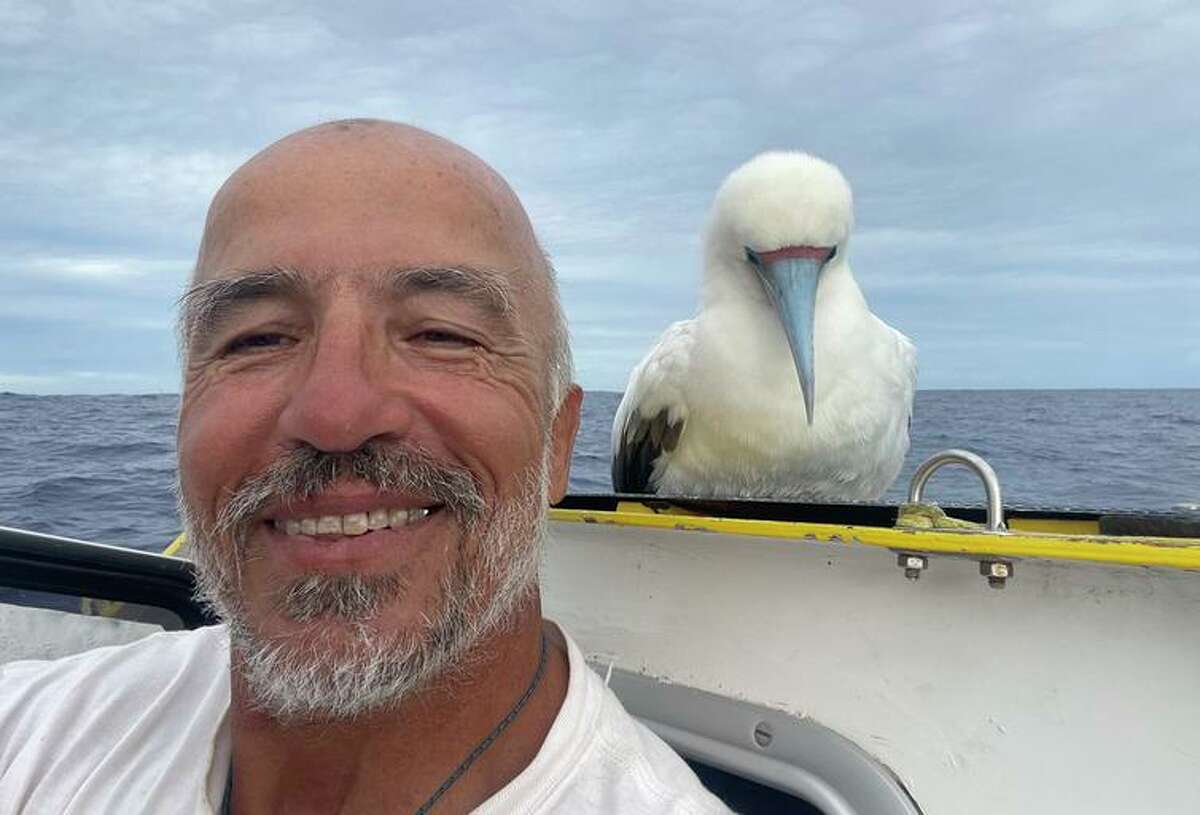 Erden Eruç is crossing the Pacific in a 23-foot rowboat, alone except for the occasional seabird.
Erden Eruç
Last summer, 19 seafarers, including four traveling solo, set out from California with the hope of crossing the Pacific.
Most targeted Hawaii, but Eruç set his sights much farther.
Fifteen years ago, he circumnavigated the planet in similar fashion over a five-year period, beginning with a trans-Pacific row from Bodega Bay to Asia.

His human-powered exploits have earned him 15 Guinness world records, and he believes he has picked up four more during his latest voyage, including one for having spent a career total 1,136 days traveling alone at sea, which he believes is the most of any solo rower.

But Eruç says claiming records isn’t of much importance.
The true rewards come from the excitement of adventure.

“To handle what nature will throw against me, I approach these crossings much like a special chess game with my Yellow Queen moving one day at a time on a vast blue game board,” he wrote earlier this month on a blog he updates regularly from sea.
His “Yellow Queen” is his 23-foot-long rowboat. 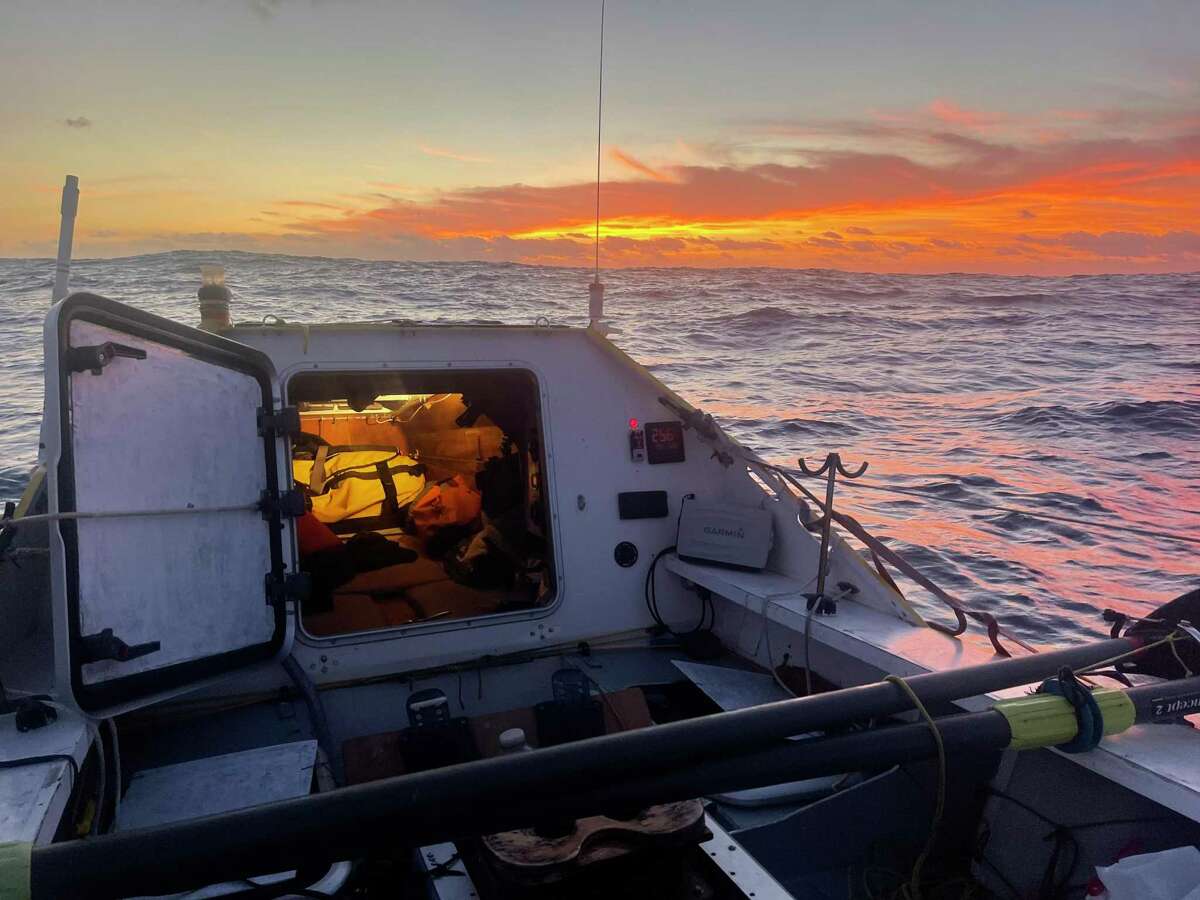 Sunrise over the Pacific from the deck of Eruç’s rowboat.
Erden Eruç
While Eruç has steeled himself for life on a small craft, the Pacific offers new surprises.
Days after the Tongan volcano eruption last month, which sent tsunamis rippling across the ocean in every direction, Eruç experienced a day of atypical weather and wind.

“For one day, I got the oddest winds from the south-southeast in the direction of Tonga that were not in the forecast,” Eruç said.
While there were no rogue waves to contend with, “the seas were oddly different that day,” he said. 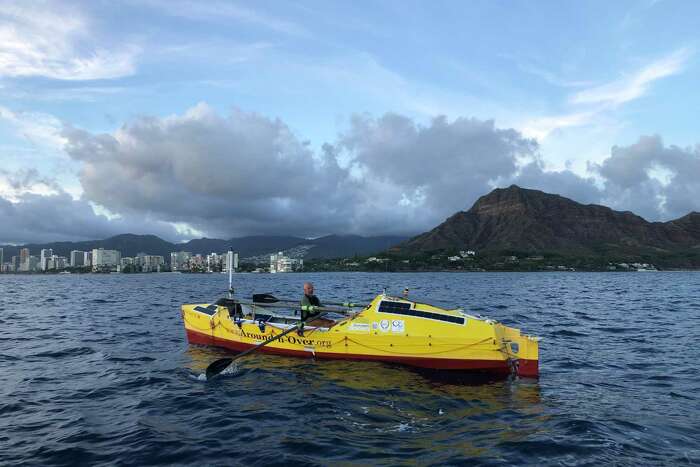 Isolation can come to define his experience some days, and occasionally feelings of longing trickle into Eruç’s written updates.
In a November post, he expressed his desire to see his wife and dog.

“I so long for her company and my routine at home as I spend my days quarantined on my yellow rowboat,” he wrote.
“Just thinking of our dog, Buddy, brings a smile to my face.
Nancy tells me that he sleeps on my pillow every night.”

Eruç makes time each week for satellite phone calls with Nancy, and she flew out to Guam after his arrival for a Valentine’s Day reunion. 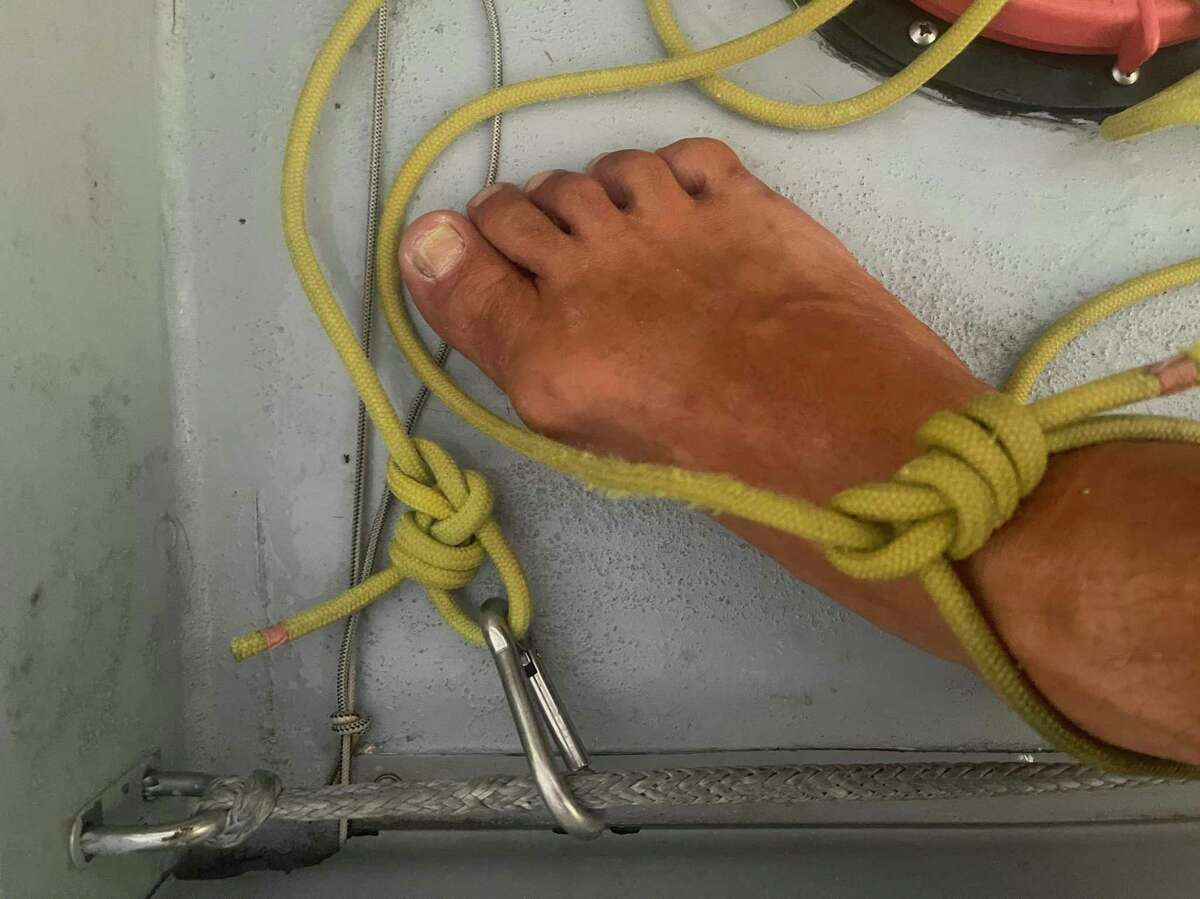 Eruç attaches himself to his boat at all times by an ankle tether.
He hopes to resume his journey soon and is plotting a course through the Philippines that would land him in Borneo by springtime and Malaysia by May, where he expects to receive a visa upon arrival.
From there, he’ll proceed by bike north toward the Himalayas and a hopeful ascent of Mount Everest, a bucket list challenge for Eruç.

But that’s all too far in the future to cement on a firm timeline.
For now, Eruç is resting and eating all the fresh fruits and greens he can before setting out again.

“I’m not really losing sleep over these details at this time,” he said.
“I have enough of a challenge just getting off this rock called Guam and reaching the other rock called Borneo.”
Links :
Posted by geogarage at 1:24 AM