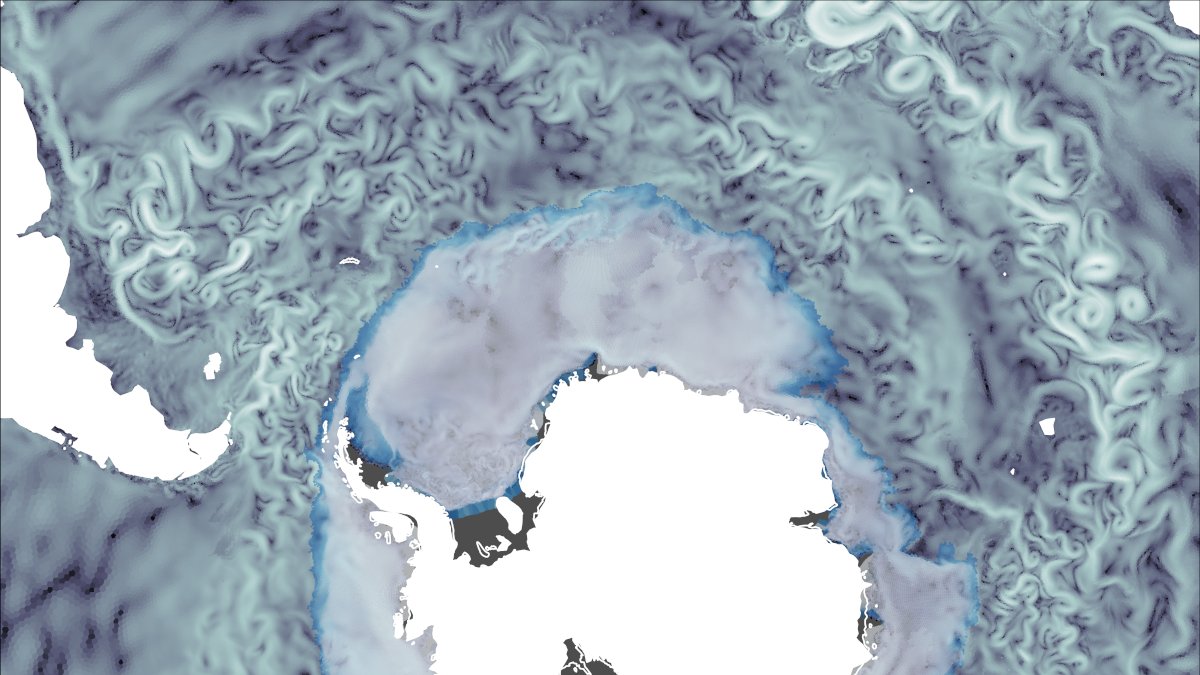 Eddies in Antarctica
The Antarctic Circumpolar Current (ACC) is the most important current in the Southern Ocean, and the only current that flows completely around the globe.
The ACC, as it encircles the Antarctic continent, flows eastward through the southern portions of the Atlantic, Indian, and Pacific Oceans.
From The Hill by Brooke Migdon
Researchers say “robust acceleration” in the Antarctic Circumpolar Current has been largely driven by ocean warming tied to human activity.
Earth’s strongest ocean current is getting faster, new research has found, and it's largely because of humans.

Satellite image shows how vital ocean current is affected by climate crisis
Scientists say it vital to understand the Antarctic Circumpolar Current’s dynamics
The study, published late last month in the journal Nature Climate Change, concluded that “robust acceleration” in the Antarctic Circumpolar Current was driven mostly by human activity, which has caused ocean temperatures to climb.
When the gap in temperatures between hot and cold water widens, the currents that border them pick up speed.
“Anthropogenic ocean warming is the dominant driver,” researchers at the University of California San Diego and the University of California Riverside wrote.
The current is also heavily influenced by wind.
Deep Dive: Antarctic Circumpolar Current from Climate Central
The ACC separates the Southern Ocean from the Atlantic, Pacific and Indian Oceans and carries water clockwise around the globe.
It pushes more water than any other current and is the only ocean current that is not blocked by land masses, though Antarctica is surrounded by it.

Researchers in the study used satellite data on the height of the sea surface and data collected by Argo floats, data-gathering robotic instruments in oceans all over the world used to track the temperature and salinity of ocean water. The turbulent Southern Ocean.
One month of trajectories of modeled ocean particles throughout the ocean depth colored by their dissolved inorganic carbon.
Bluer colors are the higher concentrations of carbon in the upwelling limb of the Antarctic Circumpolar Current.
Limitations of prior research have masked the ocean’s “dynamic” response to warming before now, researchers wrote, and, because the region absorbs much of the atmospheric heat generated by humans, the current should continue to quicken as the planet warms.

Scientists are still working to understand the knock-on effects of accelerating currents, but it's believed they will alter oceans’ heat distribution, affecting marine life receiving mostly warmer waters.
Faster circulation will also change how nutrients are carried in oceans around the world.

Researchers earlier this year discovered the ACC once sped up between 115,000 and 130,000 years ago during the last interglacial period, which likely caused massive weather disruptions and lowered the ocean’s ability to absorb carbon dioxide.
Links :
Posted by geogarage at 1:48 AM