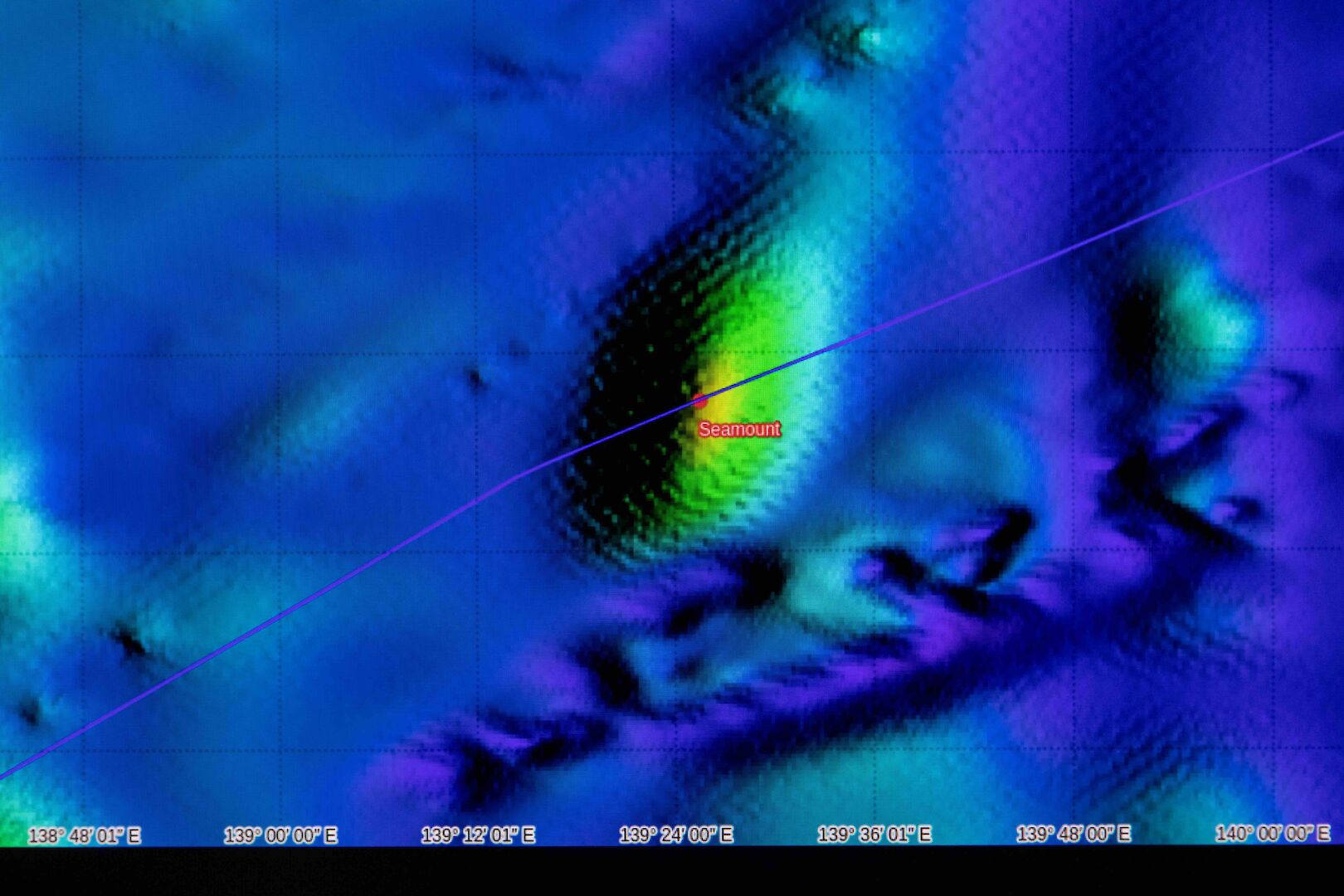 The summit of an underwater mountain, higher than Mount Kosciuszko, has been mapped for the first time by the Australian icebreaker Research and Supply Vessel (RSV) Nuyina.

At 2500 meters high, 2900 meters wide and 4500 meters long, the seamount had been identified from satellites at about 50 degrees South, on the edge of the "Furious Fifties."

While an earlier voyage had skimmed one side of the seamount, no detailed mapping at its summit had ever been done. 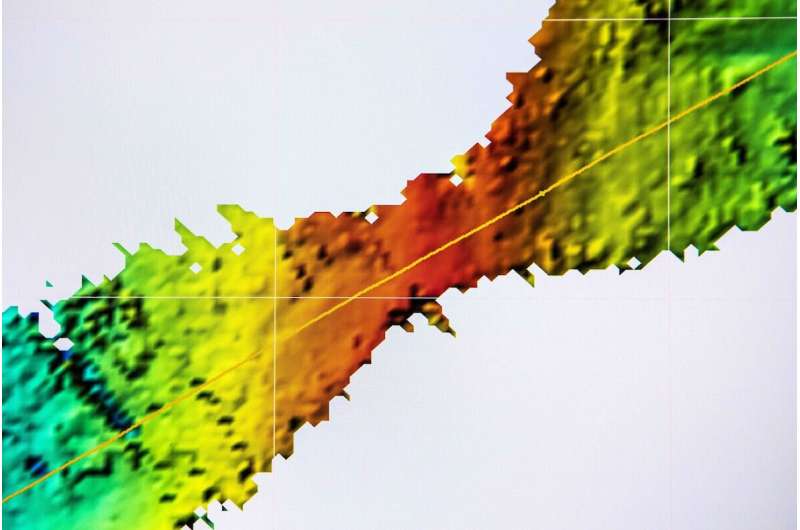 Data from the ship’s multibeam echosounder were used to create a map of the seamount topography, with high points in red and the seafloor (at about 3000 meters depth) in green.
The highest point mapped so far was about 500 meters beneath the ocean’s surface.
Credit: Pete Harmsen / AAD
Seamounts are usually formed from extinct volcanoes and can be biological hotspots, attracting plankton, corals, fish and marine mammals.

As Nuyina's passage to Davis research station took the ship directly over the seamount, the onboard acoustics team took the opportunity to switch on the ship's hull-mounted multibeam echosounder, to find out what lay beneath.

Senior Acoustics Officer Floyd Howard said the echosounder "sees" seafloor features by emitting pings of sound in a fan-like pattern beneath the ship.

When the sound hits an object or the seafloor, it bounces back towards the ship, allowing scientists to build a picture of the seafloor—similar to echolocation used by dolphins.

As the ship cruised at 8 knots over the seamount, its surface structure and height were gradually revealed, ping by colorful ping, with different colors representing different depths. 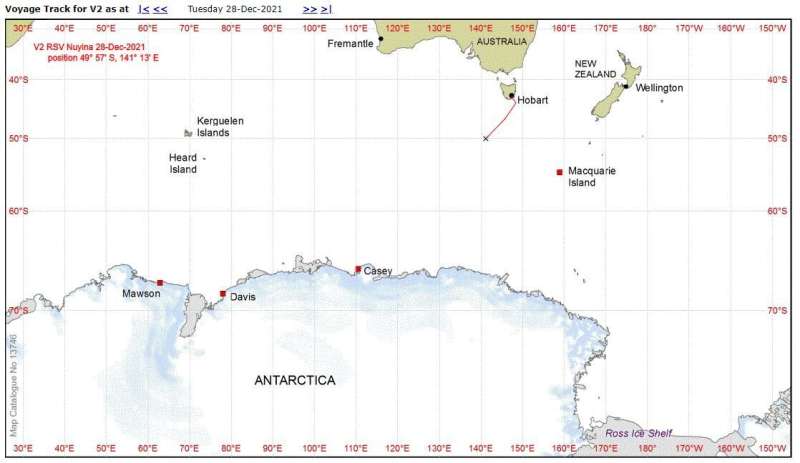 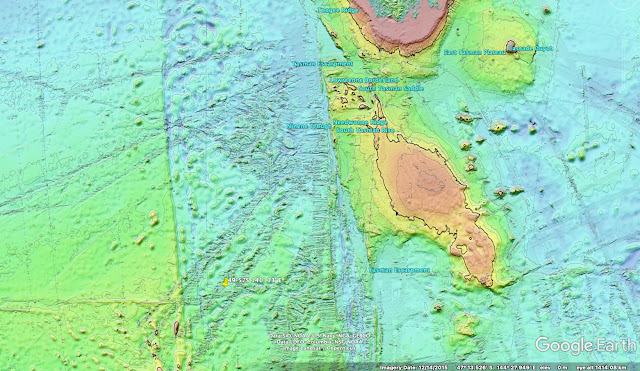 The excitement was palpable as people gathered to see just how high the mountain would rise from a base elevation of about 3000 meters.

"The highest point we reached was about 500 meters below the ocean surface, so it's a significant feature," Mr Howard said. 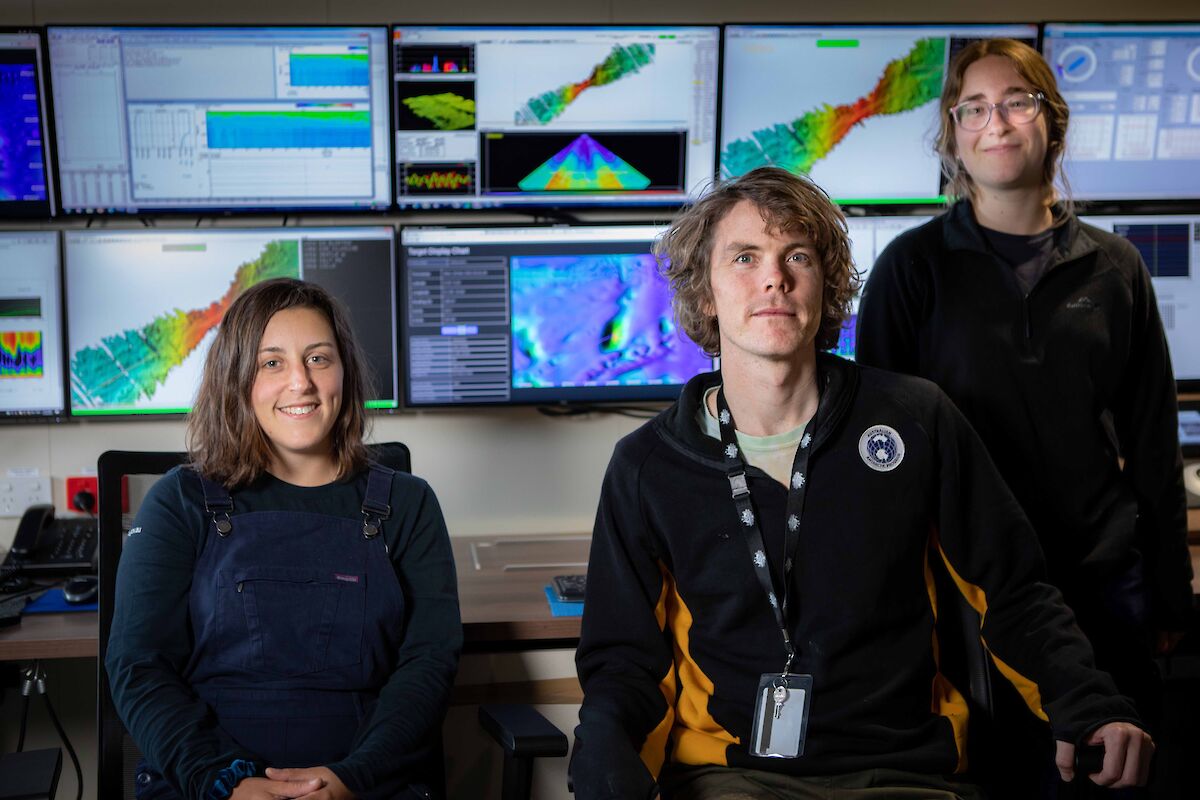 The team has informally named the feature "Ridgy-Didge Seamount" until an official name can be bestowed upon it.

The information collected during the seamount pass, and future mapping efforts by Nuyina and other ships, will contribute to global efforts to map the world's oceans by 2030.