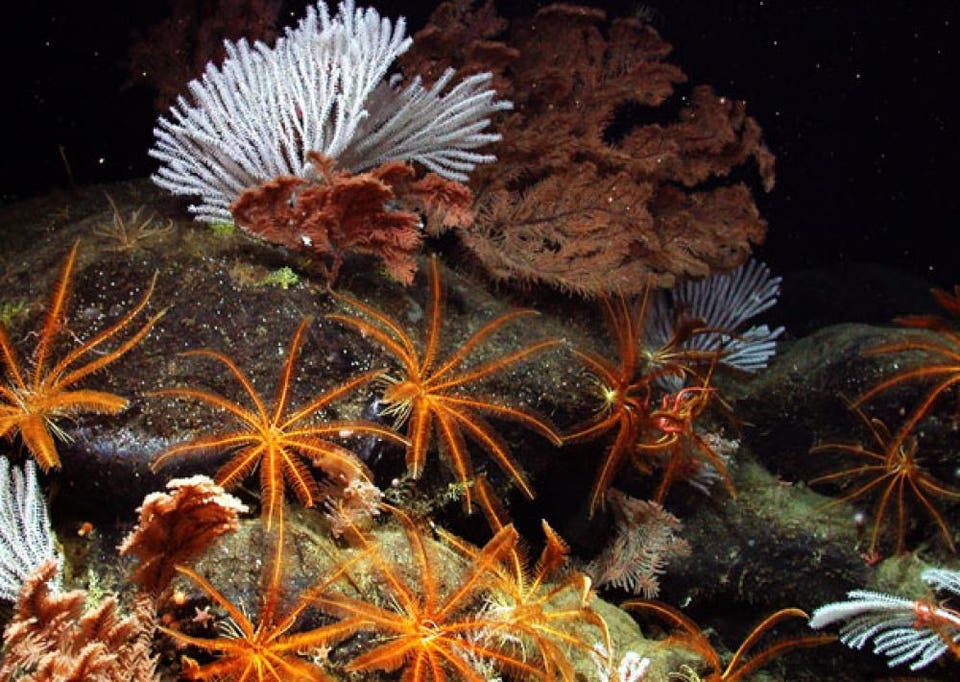 California is known for its picturesque beaches and dramatic coastlines filled with sandy beaches, tide pools, and kelp forests.
But, a lesser-known habitat exists further offshore - an underwater mountain range that spans the California coast consisting of approximately 60 seamounts.
Each seamount is slightly different from the rest - some are used by seabirds and whales as rest stops along their migration routes, while others harbor centuries-old deep-sea corals.
However, recent interest in deep-sea mining and destructive fishing practices threatens these diverse and slow-growing ecosystems.
Thus, in an effort to raise awareness about the importance of these seamounts and protect them from intrusive human activities, Mission Blue recently declared these seamounts a "Hope Spot".

“The rationale for exploiting fish, oil and gas, and minerals in the deep sea is based on their perceived current monetary value," says Dr. Sylvia Earle, a world-renowned ocean explorer and founder of Mission Blue, "But the living systems that will be destroyed by these activities are perceived to have no monetary value."

Mission Blue aims to develop a global network of marine protected areas.
Marine sites that are declared "Hope Spots" support rare and diverse species, have cultural and/or economic value, and are vulnerable to damage by human actions.
The California Seamounts "Hope Spot" encompasses not only underwater mountains, but also hydrothermal vents and cold methane seeps - both of which also support a wide variety of sea life.
These deep-sea habitats can be found along the Gorda and Mendocino Ridges, which were historically identified as locations for deep-sea mining operations. 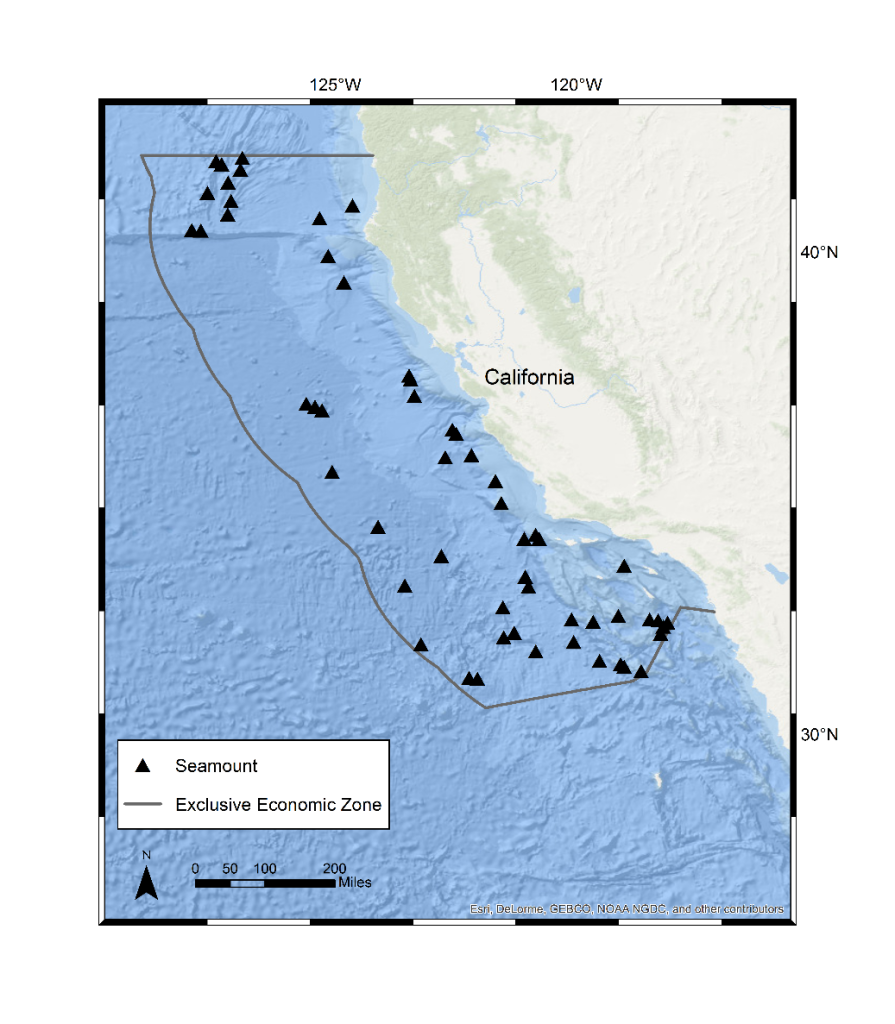 Seamounts located within the exclusive economic zone off the coast of California.
Marine Conservation Institute
The unique environment that the seamounts create has allowed a specific suite of animals to live on them.
This is because the seamounts alter ocean currents in a way that allows them to draw in waters enriched with nutrients and food.

Davidson Seamount bathymetry
The Davidson Seamount alone harbors over 230 animals, 15 of which had never been spotted before their discovery on the seamount.
In fact, 20 percent of the animals found on these seamounts cannot be found anywhere else in the world.
"Just as we have created parks to protect Yosemite Valley, and Giant Redwoods, we must act to protect the great mountains underneath the surface of the ocean and the coral forests that live on them," says Dr.
Lance Morgan, President of the Marine Conservation Institute, "The ocean and its life – whether we can see it from the beach or not – is a wonderful creation; and it is our responsibility to be a good steward and protect those things we have been given."
Links :
Posted by geogarage at 1:16 AM