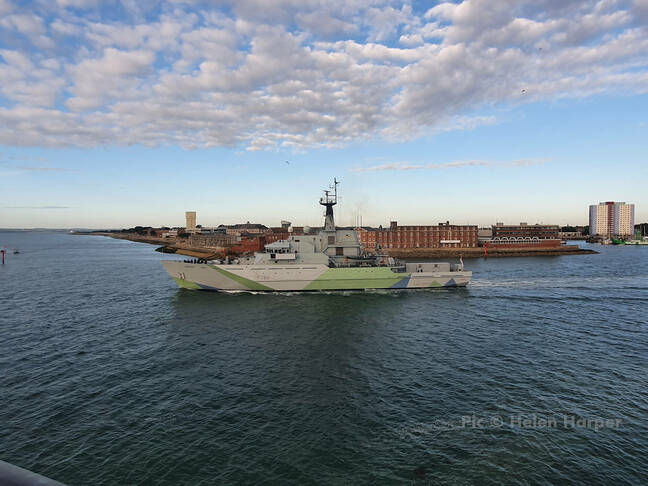 The HMS Severn (click to enlarge), used with permission Pic copyright: Helen Harper
From The Register by Gareth Corfield

WECDIS (Warship Electronic Chart Display Information System), the computer system at the heart of Royal Navy navigation, will preserve the ship's last precisely known position.
Should the GPS go down, WECDIS will continue automatically plotting the ship's heading and speed from that last known position.

Cdr Harper demonstrated the GPS jammer on the ship's bridge, a handheld gadget about the size of a 1980s mobile phone and with an aerial to match.
He turned it on.
The ship's two GPS units, (civilian) radar display and WECDIS immediately displayed little captions saying "position lost." Audio alarms began sounding on the bridge.
The ship's navigator cancelled them, and the FNO course students nodded and made notes.
Navigating accurately without GPS availability is something the Navy places a high premium on.

And that was that.
Severn kept on plodding along at a stately eight knots (nautical mph) through the late summer afternoon sea, her bridge crew and the FNO students completely unfazed by the jamming.

On top of equipment failures and loss of signal, there is the possibility of spoofing, or deliberately tampering with GPS.
The best-known example of this is in the James Bond film Tomorrow Never Dies when fictional warship HMS Devonshire is guided off course to start a war so the fictional media mogul can profit from breaking the news.

Meaconing [PDF] is the art of receiving and rebroadcasting GPS signals from another location.
This introduces a problem: while the original transmitter will give its own location as the signal's origin, the rebroadcast signal copies that precisely – meaning receivers picking up the meaconed signal pick up a position error.
Even with encrypted GPS for military applications, in some cases repeating the raw signal can generate the same position-finding problem. 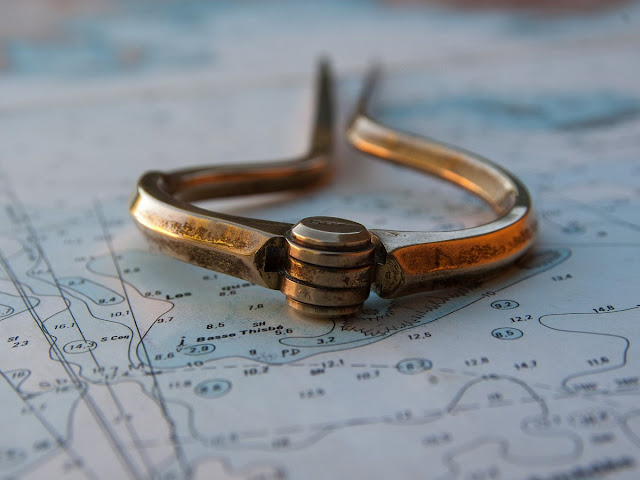 The exercise took place off the Isle of Wight.
Although the handheld jamming unit "only has a range of a couple of hundred yards" as the captain put it, safety and prudence came into play.
For shipboard low-power jammers, navy regulations say no other ships should be within 1,500 metres.
Severn played it extra safe with a nautical mile and a half's clearance (2.7km) from other vessels nearby.

GPS jamming is a pain at sea and even more so in the air.
It's prevalent in the Eastern Mediterranean to the point where EU air traffic control organisation Eurocontrol wrote a formal report complaining about the amount of disruption to commercial airline flights.
While no nation state has made a firm attribution of GPS disruption to any one source, Russia has an increasing presence in and around Syria.

HMS Severn can be tracked on all good ship-tracking websites through her AIS.
Unless the crew turn it off or experiment with GPS jamming again, in which case you might find her vanishing or speeding through dry land at airliner velocities.

Your correspondent also learnt about the "cocked hat" of navigation.
After hearing the phrase several times and deducing that this wasn't in the same nature as "scran", "heads", or sundry other Jackspeak (naval slang) terms, a kindly officer explained. 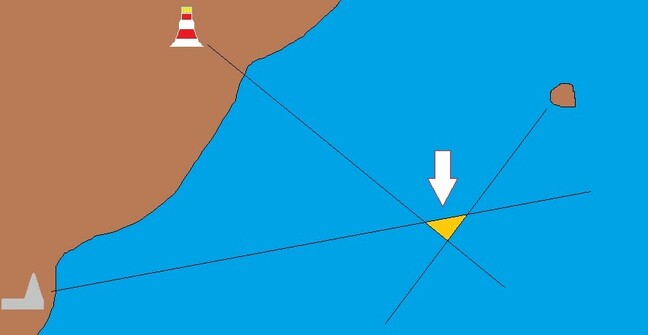 The 'cocked hat', a nautical navigation concept.
The hat is at the arrow
When you take three bearings from landmarks to fix your position, there's always an element of uncertainty: was your bearing as precise as you hoped?
If you're cross-referencing it against other bearings, are those pinpoint accurate – or is there a known element of inaccuracy in your compass?
And if you're doing it by hand, how far has your ship travelled between bearings?

Plotting all the bearings on the chart gives you an area, rather than a precise spot, in which your ship is.
For three bearings this is triangular; the same shape as an 18th century cocked hat.
The size of the cocked hat gives an indication of how big your position fix error is – and in some circumstances it's possible for the ship's true position to be outside the cocked hat.
Links :
Posted by geogarage at 1:16 AM