126 nautical raster charts updated
see GeoGarage news
Main information :
As the needs of the Shom's civilian and military clients evolve and ENCs (electronic navigational charts) become more widespread, the Shom has decided to rationalise its portfolio of charts in foreign waters, mainly reproduced in facsimile (foreign charts reproduced in the French portfolio).
As a reminder, the Shom's cartographic offer in paper charts can be broken down as followsDuring the implementation of the rationalisation, information on the planned evolution of the portfolio will be disseminated:
- At the end of each month, a special notice will be published in the Notice to Mariners Group (NtM) indicating the changes planned for the following month for information purposes: this special notice does not change the portfolio;
- deletions and introductions will be announced to the GAN once they are effective;
- this document, presenting the forecasts, is available on diffusion.shom.fr. 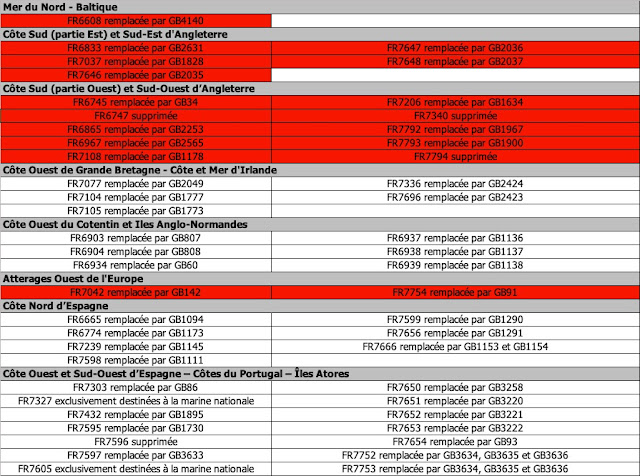 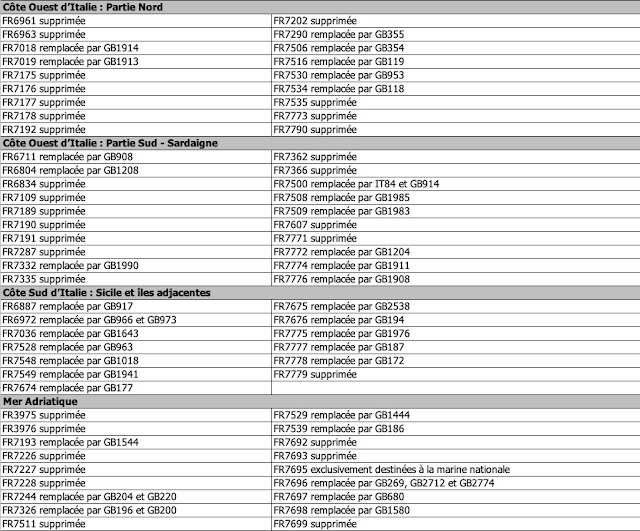 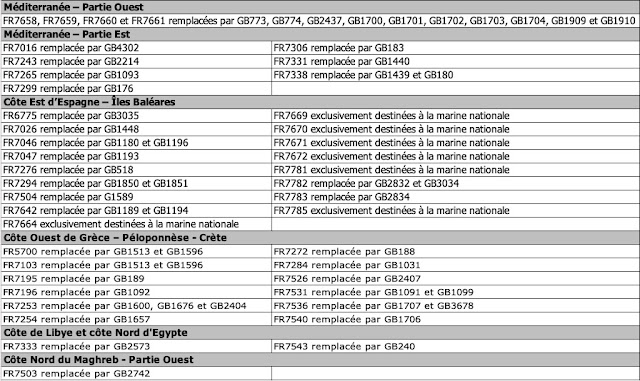 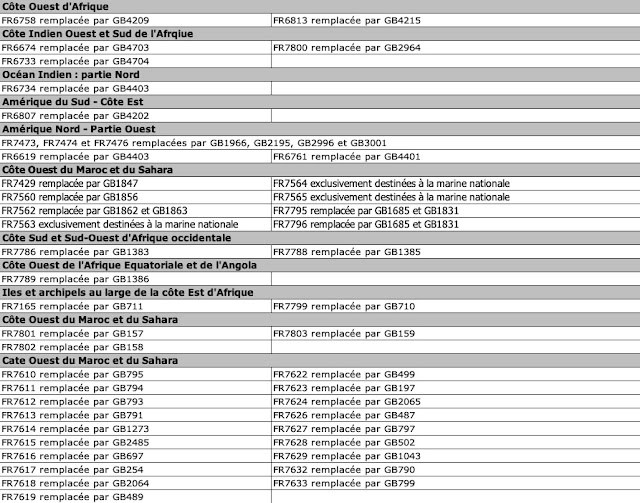 SHOM changes for december 2021
So in september 2021 (compatible with NtM2137), 18 charts have been withdrawn in the GeoGarage SHOM update layer : mainly international UK (see examples below)
The GB original charts are included in the British Isles & misc. (UKHO) GeoGarage layer.

Coverage of South England in the previous update

New coverage of South England in the current update

Posted by geogarage at 2:47 PM