The lonely house in the middle of Elliðaey island in the Southern region of Iceland
(sphoto : Little Curation )
A common sight on the internet
From Historyof Yesterday by Andrei Tapalaga

In the southern part of Iceland, there are a couple of small islands, most of them which are unpopulated, but one out of them all stands out.
The small island named Elliðaey became famous in the 21st century due to a secluded house that is located in the middle of it.
If you are old enough, you must have come across a picture of a remote house on a secluded island, many people still thinking that it is photoshopped. 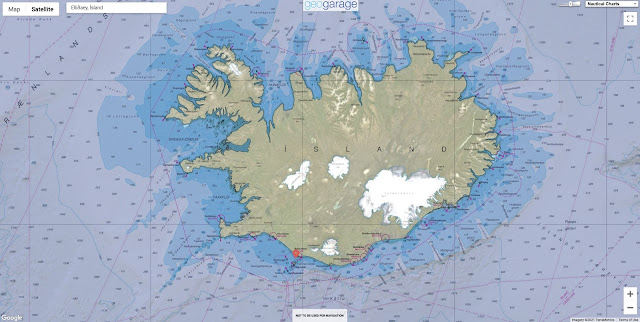 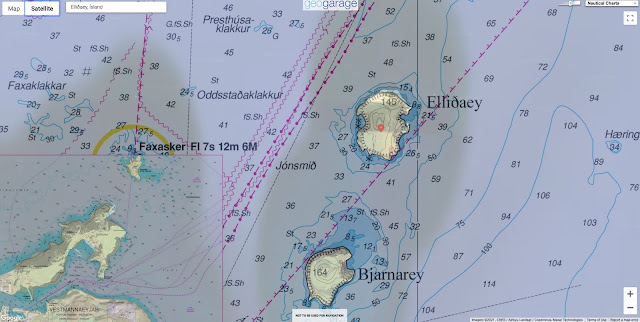 The house was built in the 1930s by five families that permanently lived on the island, surviving by hunting birds and fishing.
Not much information is known about the families that lived there in the 20th century, but surely they didn’t like to interact with outsiders.
Whilst the Vestmannaeyjar archipelago, housing 18 of such islands, is quite popular as three of its islands are populated, this wasn't the case in the early 1900s.
These islands have always been seen as the beauty of Iceland, but as they are empty with little to no vegetation nor other interesting natural architecture, the fisherman who were the only people to sight them until the 1970s would not waste their time exploring these lands.
The main picture going around the internet is similar to the first picture presented in this article which actually makes the island look very small. but that is not even half of the island.

Elliðaey is part of the Vestmannaeyjar archipelago off of Iceland’s southern coast.
It is the island located furthest to the north-east among the group.
(Source: Wikipedia Commons)
The entire island is about 110 acres (0.4 squared km) and the only wildlife it houses is a nordic type of bird named puffin which is quite a delicacy.
That is why in the 1990s the empty house was adopted by local puffin hunters where they would only stay a few days until the hunt was over, sort of converting the house into a hunting-lodge.

The house does not have any electricity, nor running water, however, it has a complex system that collects rain which can be used for drinking or washing.
The house, despite its age and lack of maintenance, is in very good condition.

The island’s permanent population is zero and its only building is a hunting lodge built by the Elliðaey Hunting Association, which can be seen in this Overview on the northern end of the island.
Due to its unique off-the-grid location, the lodge has earned Internet fame as “the loneliest house in the world.”
geo postion : 63.465278° N, 20.175000° W
image : Maxar
Misconceptions about the house

There are many different misconceptions about this remote house and the island it is on.
From various stories about it being haunted to being the house of a billionaire that is waiting for the zombie apocalypse
One of the misconceptions which actually became publicized by foreigners was that the house is owned by Bjork, a famous Icelandic singer.

This misconception actually started in the year 2000 when the contemporary Icelandic prime minister David Oddsson mentioned in one of his public speeches that he would allow Bjork to live for free on the island.
Despite all this, the famous singer never purchased the island, nor the house on it, so there is no connection.

The island, as well as the house, is still used by hunters and fisherman, but anyone can go and visit the island for no cost and even live there for a couple of days, the only thing you need is a boat to get there and some provisions if you are not willing to hunt puffins.