Earth Day turns 50: Get to know our planet without leaving home

1970 was a pivotal year for earth science and for NOA
Guess who’s turning 50?
Two big names are celebrating a big milestone this year.


Earth Day (April 22) was started as a movement to bring awareness to the health and well being of our planet. It has special significance for NOAA because this grassroots effort helped usher the creation of our agency the same year — 1970.
And for these last 50 years, NOAA scientists have brought their expertise and innovation to help to solve Earth’s biggest challenges. 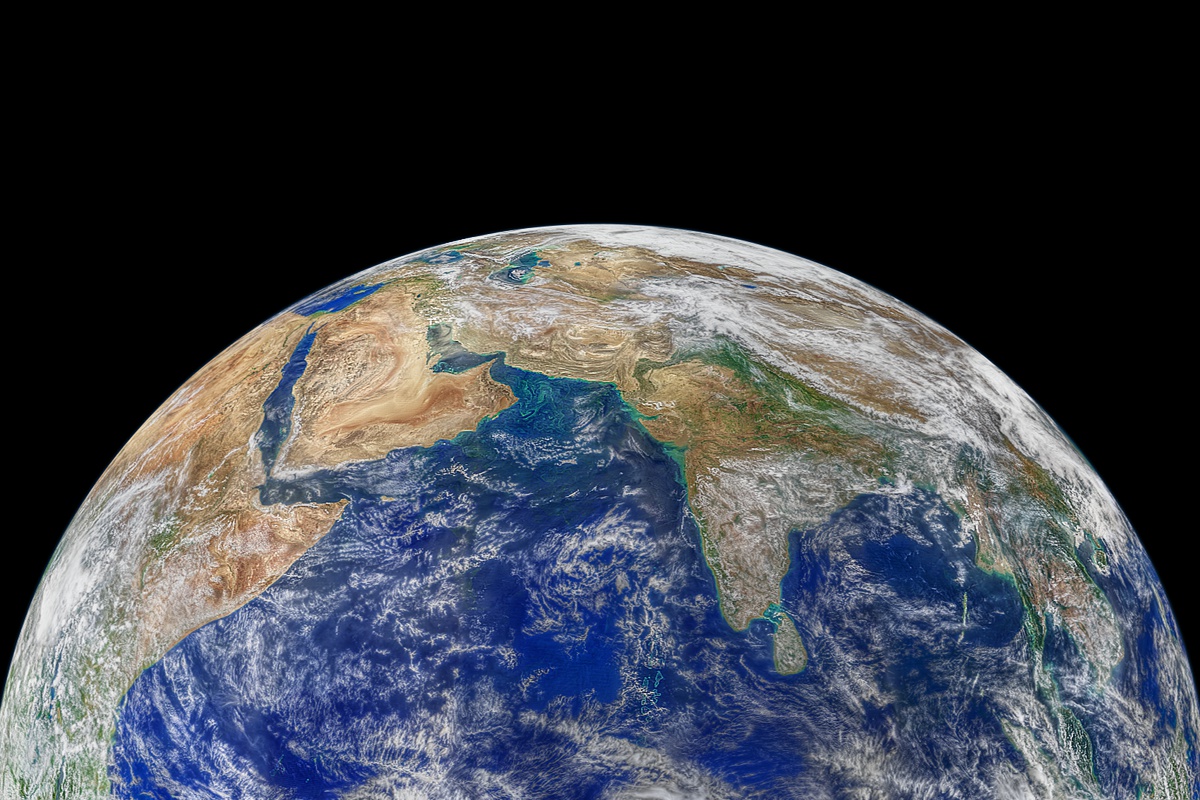 
NOAA science teams are always looking at the future: Either to forecast the weather, monitor the atmosphere and ocean, track the health of the nation’s fisheries, collect important data and observations about Earth’s changing climate, and more.
(So, what's the difference between weather and climate, anyway? Start here.)


It’s been five decades since Apollo 8 astronaut William Anders photographed Earth peaking over the Moon’s horizon.
The iconic image, dubbed Earthrise, inspired a new appreciation of the fragility of our place in the universe.
Two years later, Earth Day was born to honor our home planet.
As the world prepares to commemorate the 50th anniversary of Earth Day, NASA reflects on how the continued growth of its fleet of Earth-observing satellites has sharpened our view of the planet’s climate, atmosphere, land, polar regions and oceans.

Speaking of climate: You hear (and NOAA scientists research) a lot about the effects of carbon dioxide and other greenhouse gases on our world.
Like most things in nature, carbon has its own cycle. This brief video explains.


NOAA scientists also work hard to protect threatened or endangered species of marine life — such as whales, dolphins and sea turtles.
What are the right ways to view marine mammals on your next tour or boat trip?
Consult our guide, “Please no selfies with the seals.”

A foggy sky over salt marshes of an estuary (a type of wetland) in Hampton, New Hampshire. (NOAA)


We are are also stewards of critical habitats you might not always think about:
NOAA has restored 50,000 acres of wetlands since 2000.
As this infographic shows, wetlands are more than just a pretty view:
They provide tremendous benefits for coastal communities and homes for fish and other wildlife.
Maybe you’re dreaming of your post-quarantine beach or island get-away, complete with snorkeling, scuba and other fun watersports.
Before you set your toes in the water, consult our graphic on how to protect coral reefs.
(By the way, did you know that NOAA uses satellites to monitor the health of corals?)

Coral reefs play a vital role in sustaining the health of our oceans and our economy. NOAA is working to increase understanding of the causes of reef decline. (NOAA)

Crazy for all things ocean? We feel you. NOAA Ocean Today’s video collection, “The Ocean We Love: Earth Day Special,” is just what you need to get your deep-sea fix.
Believe it or not, the world’s ocean is still a new frontier: More than 80% of it remains unexplored.
In this video, NOAA scientist Jen Jencks will tell you about how scientists are trying to map the world’s seafloor.
It’s a big job.
There’s always more to discover down there, like these top 5 “weird” ocean phenomena.

Heads up: Did you know there are a few new faces out there in space?
This Earth Week, get to know COSMIC-2, a fleet of 6 small satellites launched in 2019 that was designed to improve weather prediction and space weather monitoring.
Satellite imagery has come a loooong way since 1970:
See how satellite technology has advanced with each decade since Earth Day’s inception.

Many of us are spending Earth Day at home this year.
Need some earth science activities to keep you in the spirit? NOAA’s Education team has a whole bunch of great ideas.

Protecting our planet starts with you. (NOAA)

You might want to print this out and stick it your fridge:
10 easy ways to help save the planet starting today (though, volunteering in community activities will have to wait until local social distancing guidelines say it’s OK.)
Finally, let's hear it for the teachers:
Get an uplifting look at Earth Day’s past, present and future from the perspective of NOAA educators.
Journey further: Browse our website, follow the Twitter hashtag #EarthDayNOAA and check out cool new content on our social media channels.