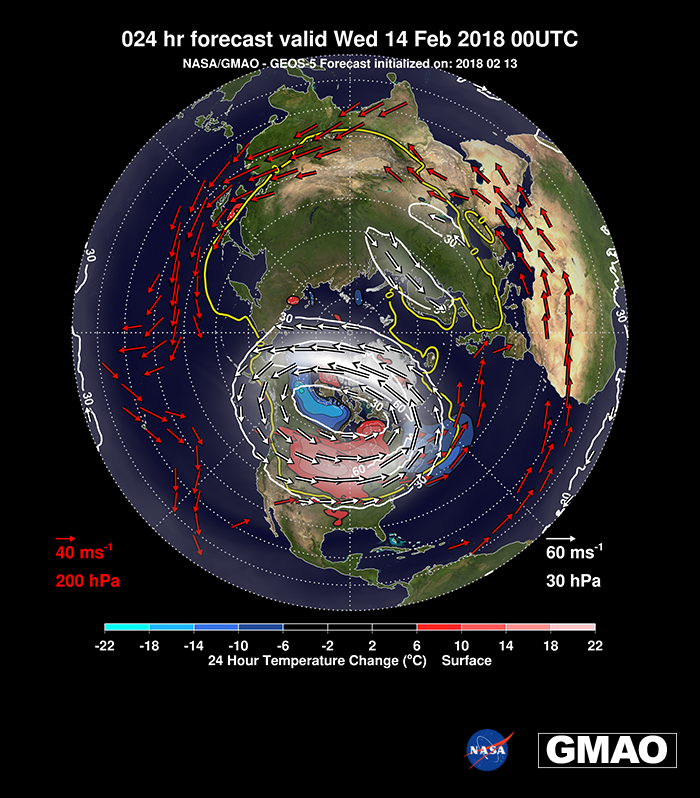 I saw an article this morning that said something to the effect that the "Polar Vortex" was coming to the United States to blah, blah, blah.
This characterization of the Polar Vortex as this "storm-like thing" that comes to get us periodically is somewhat mischaracterized.
I promise you it is not like the boogeyman hiding under our bed.
I realized that it was probably time to revisit four things about weather that still confuse the public.
I could have certainly included more, but these are the ones that I notice in my personal spaces and on social media.

Since the there was a recent split in the Polar Vortex, I will start with it.
University of Miami research meteorologist Brian McNoldy offers a nice explanation in his blog:


The polar vortex (also sometimes called the circumpolar vortex) is a large, persistent, upper-atmospheric, cyclonic circulation that forms and exists over the winter pole...
The polar vortex is perfectly normal, and has been known about for at least 70 years.
It is not a winter storm, or a storm of any kind.
It's just a natural part of Earth's circulation 10 to 30 miles up in the atmosphere.

There is one at both poles, and other planets have them too.
McNoldy goes on to point out that recently the Polar Vortex recently split allowing very cold Arctic air to intrude into the eastern half of the continental United States. 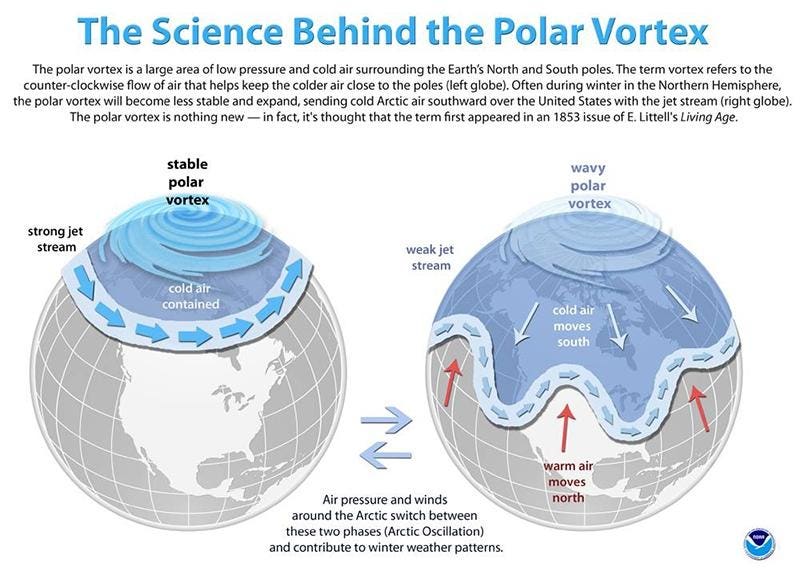 This is one that honestly amuses me.
Monitor social media enough, and it's almost like there are fan clubs or cheering sections.
The American Global Forecast System (GFS) model and the European Center For Medium-Range Weather Forecast (ECMWF) model (often referred to as the "Euro") are global forecast models often used by meteorologists.
There are other models by the way, and they all are used by our community.
However, these two seem to get headlines for weather events 7 to 14 days out.
You've probably seen social "media-rologists" or your Aunt Clara share an "loooooongggg-range" hurricane or snowstorm prediction.
It probably came from one of these models.
Scientific studies and meteorological experience tells us that the "Euro" model has typically been more accurate, on average, than the GFS model.

This prompted Congress, after Hurricane Sandy, to have a sense of urgency about providing NOAA with the tools to catch or surpass the European model.
Candidly, we need to be more proactive when it comes to these things rather than reactive, but I digress.
I wrote in Forbes two years ago about some of those changes to the GFS after this mandate was issued.
I find that the constant "GFS vs Euro" banter gives some people the impression that the Euro is light-years beyond the GFS.
In fact, they both have their moments of "good" and "bad" performance.
I have even noticed that in recent weeks.
NOAA's GFS model is still a world-class model.

Certain people consistently tweet snarky comments when it is cold or snowing as if that refutes the notion of global warming.
Here is a pro-tip: Resist the urge to do that because an informed reader will immediately recognize that you do not know the difference between weather and climate.
Even as our climate warms, we will always have winter, snowstorms, blizzards, and cold outbreaks.
More importantly, it is not called "East Coast Warming," it is called Global Warming.
Even if one tiny corner of the planet is experiencing extreme cold (or warmth), it is more intelligent to assess what the broader planet is doing before typing out that Tweet.

I write about this ad nauseam, but it just will not go away.
I saw a post recently asking what our "guess" was for the weather this week.
I have been fascinated by this public tendency to perceive forecasts to be wrong.
As I have written before, there are several reasons this happens.
First, sometimes the forecast is wrong.
However, it is right far more often.
People tend to remember the less frequent event, the missed forecast.
I am sure Chicago Bears fans remember the missed field goal in the playoffs far more than all of the kickers made field goals this past year.
It is human nature especially if the missed forecast impacted their lives in some way.
Second, many people do not understand what probabilistic forecasts or uncertainty is trying to convey.

There are people that actually interpret a 20% chance of rain as meaning it is not going to rain.
Wouldn't that be 0%.
Rainfall forecasts are presented in a probabilistic sense.
I also notice the same struggle with things like the "hurricane cone of uncertainty." During Hurricane Irma, some people evacuated from one part of the cone to another part of Florida that was still in the cone.
I think the successes of weather forecasts have also given the public the illusion that we can also do things we cannot.
When that doesn't happen, they complain.
Our models are not robust enough to tell you that it is going to rain at 4:32 pm directly over your dog's water bowl in the backyard by the tomato plant.
This is why we have to keep educating about math, statistics, weather, and overall science literacy with "teachable moments" like the Polar Vortex.

I will bring this to a close.
I could have more by digging deeper on these topics:
Instead, I will just end with a reminder that lightning is spelled without an "e."