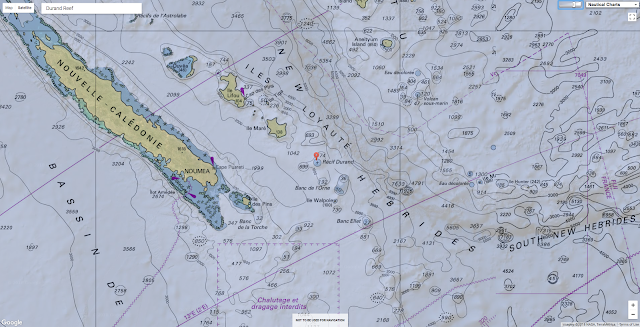 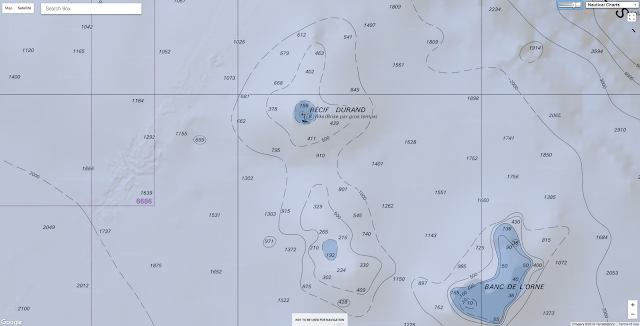 A report into last year's stranding of a container ship in New Caledonia has blamed a multitude of human errors.
Last July 2017, the 184-metre Kea Trader ran at full speed into the Durand Reef which is well mapped.

Kea Trader split in two
The 25,293 dwt was loaded with 782 containers and flat-racks when she grounded on Durand Reef on July 12, 2017 during a voyage from Papeete, French Polynesia to Nouméa in New Caledonia.

It then broke in two during a storm, spilling debris and oil into the ocean which later washed up on the territory's beaches.
The maritime safety authority of Malta, where the vessel was registered, said although the ship had top navigational equipment its crew ignored warnings.
The report said on the night of the stranding, the weather was clear and the swells were moderate.
The Kea Trader's navigation system had no particular problem, although it was not configured correctly and its alarms had been deactivated, it said.
The captain and his second-in-command appeared to have ignored warning messages.


The officer of the watch was monitoring the ship's route on ECDIS, but failed to notice that the zone of confidence (ZOC) of the electronic chart was 'D' and a caution symbol was displayed.
The ECDIS route check function had not been enabled.
The audible alarm had been set to zero.

The report concluded the collision came down to human error, particularly the crew's overconfidence in the ship's technology.
"The benefits of technology have become a burden, which hinders the judicious use of equipment."

Not familiar enough with the tool

Beyond the answers it provides on the circumstances of the accident, this Maltese report calls into question the undoubtedly too great confidence that crews place in the fully computerised navigation system.
Kea Trader was using electronic chart display and information system (ECDIS) as the primary means of navigation and there were no paper charts on board.
The officer of the watch (OOW) was monitoring a route displayed on the ECDIS.
The zone of confidence (ZOC) of the electronic navigation chart (ENC GB204637) was ‘D’ and displayed a caution symbol and textual message “[t]his chart cannot be accurately referred to WGS 84 datum; see caution message”.

As a result of this investigation, the Marine Safety Investigation Unit (MSIU) has made recommendations to the managers of Kea Trader aimed at improving the standard of navigation of officers in their fleet using ECDIS as the primary means of navigation.

This report of about thirty pages indicates a bad parameter setting of the digital navigation system Ecdis.
It also revealed that the audible alarms had been disabled to avoid disrupting navigation with repeated trips and noted the absence of paper charts on board.
More generally, the investigators deplore the lack of vigilance of the captain of Croatian origin, although experienced, and his Filipino crew, who were obviously not sufficiently familiar with the Ecdis navigation system.
"The benefits of technology have become a burden, which hinders the wise use of equipment," it is written throughout the pages. In the specific case of the Kea Trader, the men were obviously not familiar enough with the technological tool.

Posted by geogarage at 9:07 AM