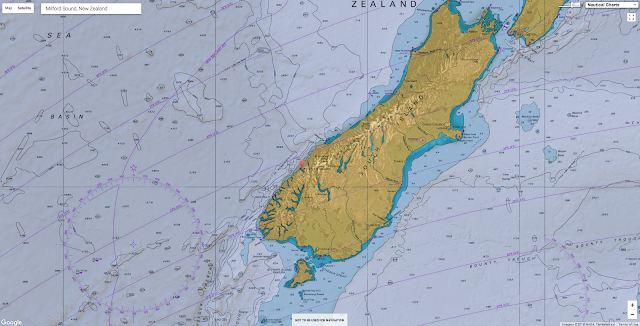 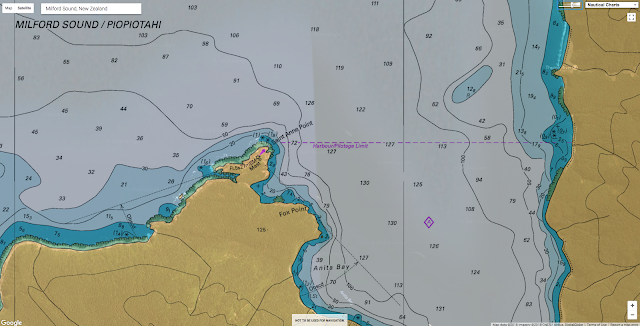 At about 0530 on 9 February 2017, the passenger cruise ship L’Austral began its entry to Milford Sound with an authorised harbour pilot on board.
Because it was dark and there were no external visual navigation aids, the bridge team was using only the ship’s electronic navigation systems to conduct the pilotage.

As the ship was making a turn off Dale Point, the pilot lost awareness of exactly where the ship was, the direction in which it was heading and the effects of the wind and tide on the ship. 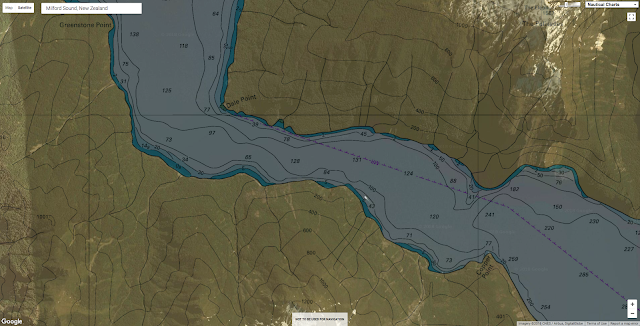 The L’Austral deviated well off the planned track and struck a stony bank near the shoreline of Milford Sound.
The ship suffered scraping and indentation of the hull on its starboard side, but the hull was not breached and nobody on board was injured. 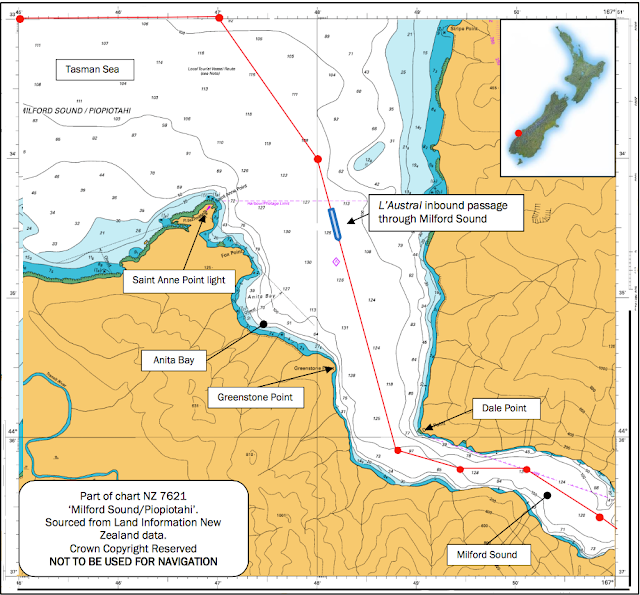 General area of the accident

The Transport Accident Investigation Commission (Commission report) found that the ship’s crew on the bridge noticed the ship was off its planned track, but did not bring this to the pilot’s attention until it was too late to avert the grounding. 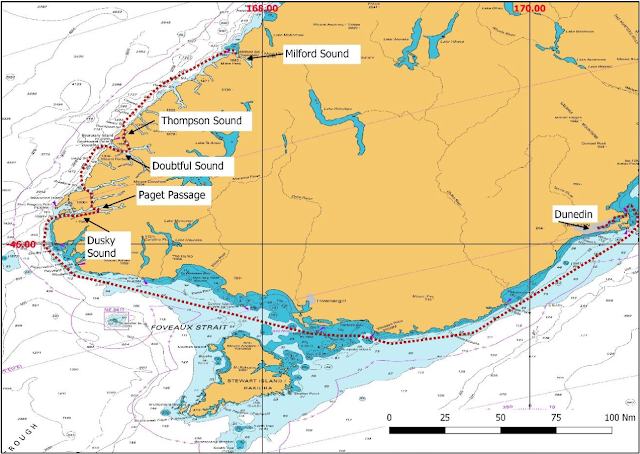 Extract of chart showing route of the L’Austral

The Commission found that the bridge team were not making full use of the ship’s electronic navigation systems to ensure that the ship stayed on track. 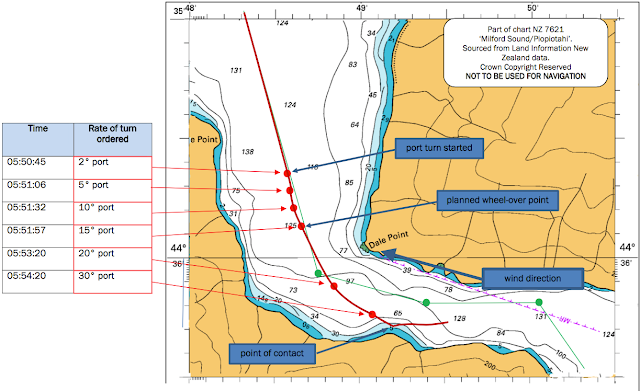 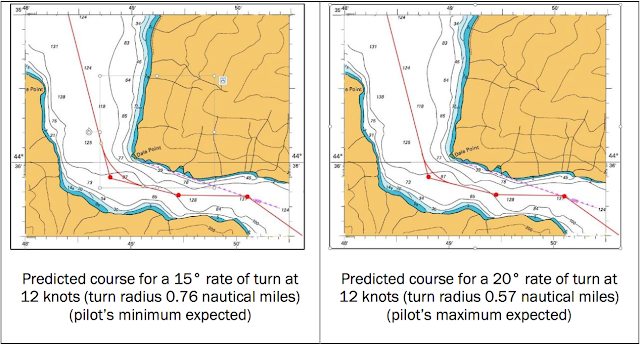 The Commission had previously found that poor bridge resource management under pilotage was a factor contributing to accidents involving two other ships in New Zealand.
Their two reports had made several recommendations aimed at improving the standard of pilotage and making the transition of the pilot into the ship’s bridge team seamless. 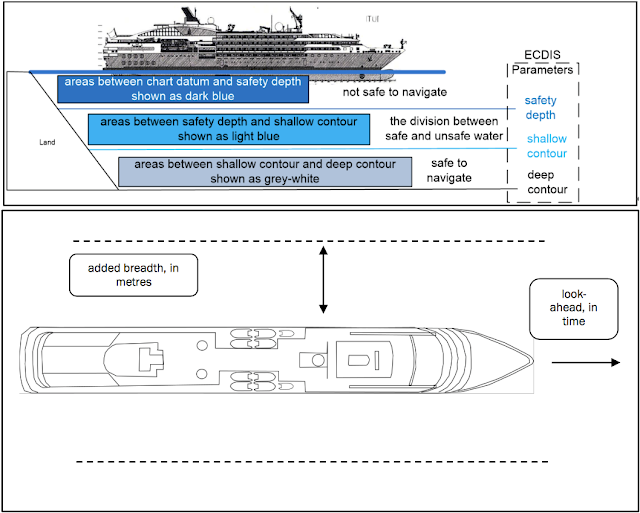 Diagram showing permanent ECDIS safety parameters on board the L’Austral

Key lessons arising from this inquiry were:
Links :

Posted by geogarage at 7:45 AM