The Global Positioning System marks its 20th year of operation on Monday, April 27.
Below is a timeline showing important milestones in the 20 years since the constellation reached full operational capability (FOC) on April 27, 1995.
FOC was formally announced on July 17, 1995. ﻿ 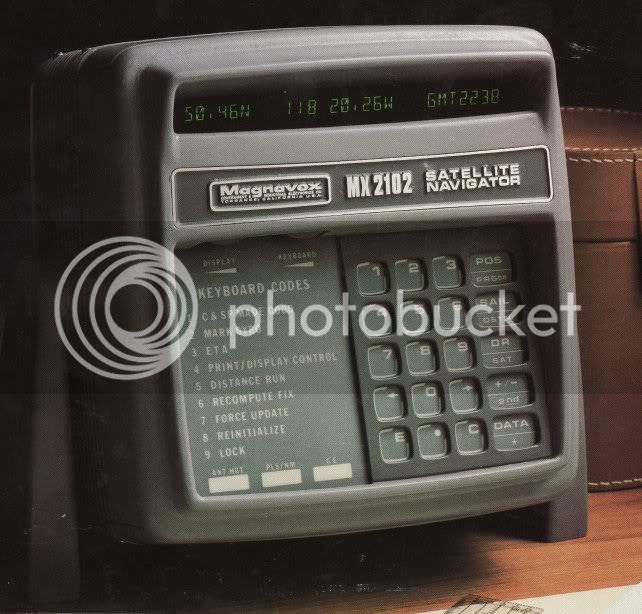 Before the GPS, the TRANSIT system, also known as NAVSAT (for Navy Navigation Satellite System), was the first satellite navigation system to be used operationally.
The system was primarily used by the U.S. Navy to provide accurate location information to its Polaris ballistic missile submarines, and it was also used as a navigation system by the Navy's surface ships, as well as for Hydrographic survey and geodetic surveying.
Transit provided continuous navigation satellite service from 1964, initially for Polaris submarines and later for civilian use as well. 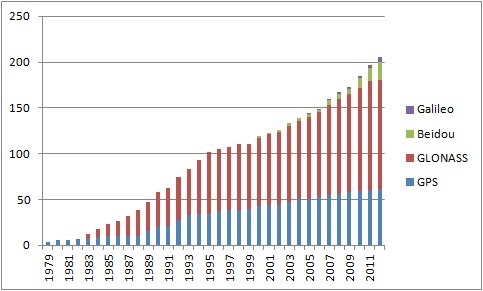 GPS. The U.S. Air Force’s ninth GPS Block IIF satellite (GPS IIF-9) launched on March 25 from Cape Canaveral, Fla.
The IIF-9 rode aboard a Delta IV rocket, the workhorse of the GPS fleet for successful launches.
The satellite was declared operational on April 21.
“Many thought the Delta IV and GPS days were long gone, but the recent questions concerning reliable and proven launch vehicles have brought them back online, so to speak,” said GPS World Defense Editor Don Jewell.
“The 20-year milestone for GPS space vehicles on orbit that occurred on April 27 translates to approximately 500 orbital years just for the IIR and IIF constellations alone. The IIAs may account for that many orbital hours as well.
“This is by far the most successful launch record ever put together by any nation or government. No other space-faring nation even comes close. The U.S. Air Force and all the players should be proud of all these records and more, plus we have one more GPS asset on orbit, providing GPS signals to the world and all they enable, courtesy of the USAF.”

Galileo. Two days later, March 27, a duo of Galileo satellites was successfully launched from Europe’s Spaceport in French Guiana.
The seventh and eighth Galileo satellites rode aboard a Soyuz ST-B rocket. Both are in their planned orbits.

IRNSS. The next day, March 28, the fourth satellite (IRNSS-1D) of  the IRNSS satellite navigation constellation was launched onboard PSLV-C27, and reached its orbital slot April 9.
The Polar Satellite Launch Vehicle blasted off from the Satish Dhawan Space Center on India’s east coast, in the 28th consecutive successful PSLV mission.

GLONASS. Not making the March launch cut, GLONASS kept its hat in the orbit ring, so to speak, by issuing some far-sighted predictions.
Nicholas Testoyedov, CEO of Information Satellite Systems Reshetnev, said that the first GLONASS-K2 spacecraft will be launched into orbit in 2018.
“New code division (CDMA) signals will be emitted, so it will provide more accurate positioning for users.”
The GLONASS budget for 2015 will be cut by more than 5 billion rubles, a drop of more than 10 percent.
GLONASS is also suffering through an embezzlement scandal, related to construction of a new ground control center.

Quazi-Zenith Satellite System (QZSS). QZSS is a proposed three-satellite regional time transfer system and Satellite Based Augmentation System for the Global Positioning System, that would be receivable within Japan.