An emergency beacon registered to the MV Lyubov Orlova has gone off, according to an official with the Joint Rescue Coordination Centre in Halifax.

Capt. Wayne Jarvis says the beacon first started off going off this morning at 12:49 a.m.
Emergency beacons can be activated manually or automatically by either being knocked or hitting the water.
The beacon is registered to the MV Lyubov Orlova but whether that means it’s on the ship itself or was on a lifeboat that was on the vessel is uncertain.
A life raft with the beacon could have gone overboard causing the beacons to activate, says Jarvis.
“It could have banged itself into operation. On the other hand maybe the vessel sank. Everything is speculation at this point,” says Capt. Jarvis.
“We don’t know what caused it. The beacon just started going off. We’re just keeping an eye on the position for reports at sea just to make sure nobody runs into it but otherwise nothing is beng pursued on it.” 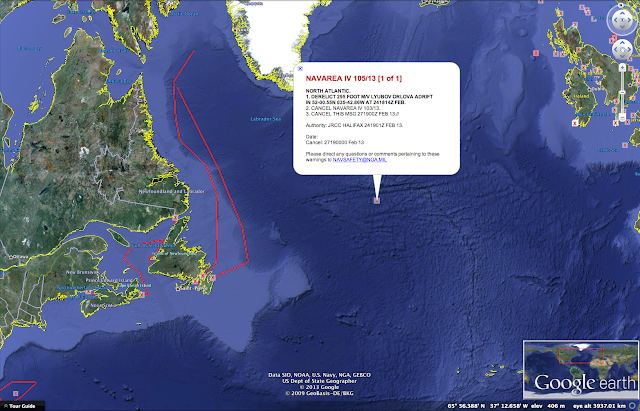 The location of the dead cruise ship has been a mystery since it drifted into international waters earlier this month.
Canadian officials haven’t had a positive location on the ship since February 4.
The Irish coast guard has been working with a number of satellite and geospatial companies to try and locate the ship out of fear it might be drifting towards their shores.
The Irish coast guard thought perhaps they had found the vessel and that it was heading more toward Iceland but whether what they found was the Orlova is now bing called into question.