Coral on Australia's Great Barrier Reef, which has now been added to Unesco's list of world heritage sites 'in danger'.
Photograph: Reuters

The world’s reefs are under increasing threat from manmade depredations.
They are too valuable a resource to be lost

In a few weeks, members of Unesco’s world heritage committee will meet in Bonn to discuss a simple, but disturbing proposition: that Australia’s Great Barrier Reef, the world’s largest coral reef system, be listed as being “in danger”.
The reef, worth an estimated $Aus5bn (£2.6bn) a year in tourism to the nation, is a world heritage site and contains more than 400 types of coral and 1,500 species of fish.
Set in turquoise waters off the coast of Queensland, the 1,400-mile reef is one of the planet’s greatest wonders, but is now being eroded at an alarming rate. 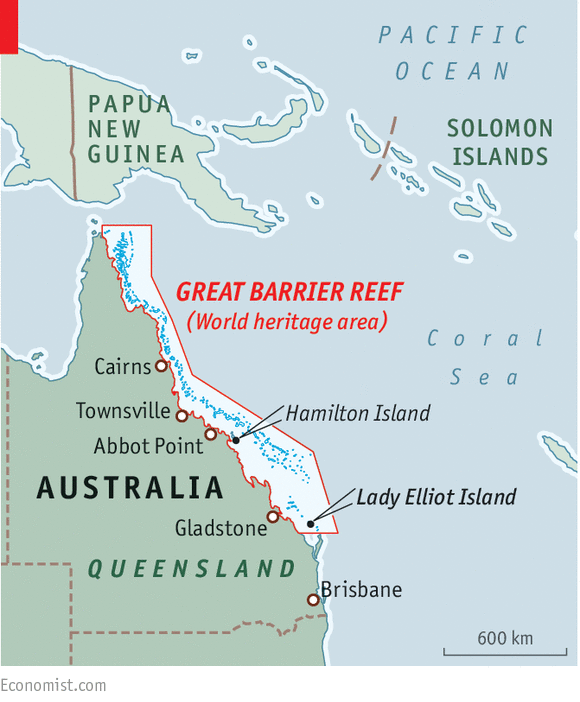 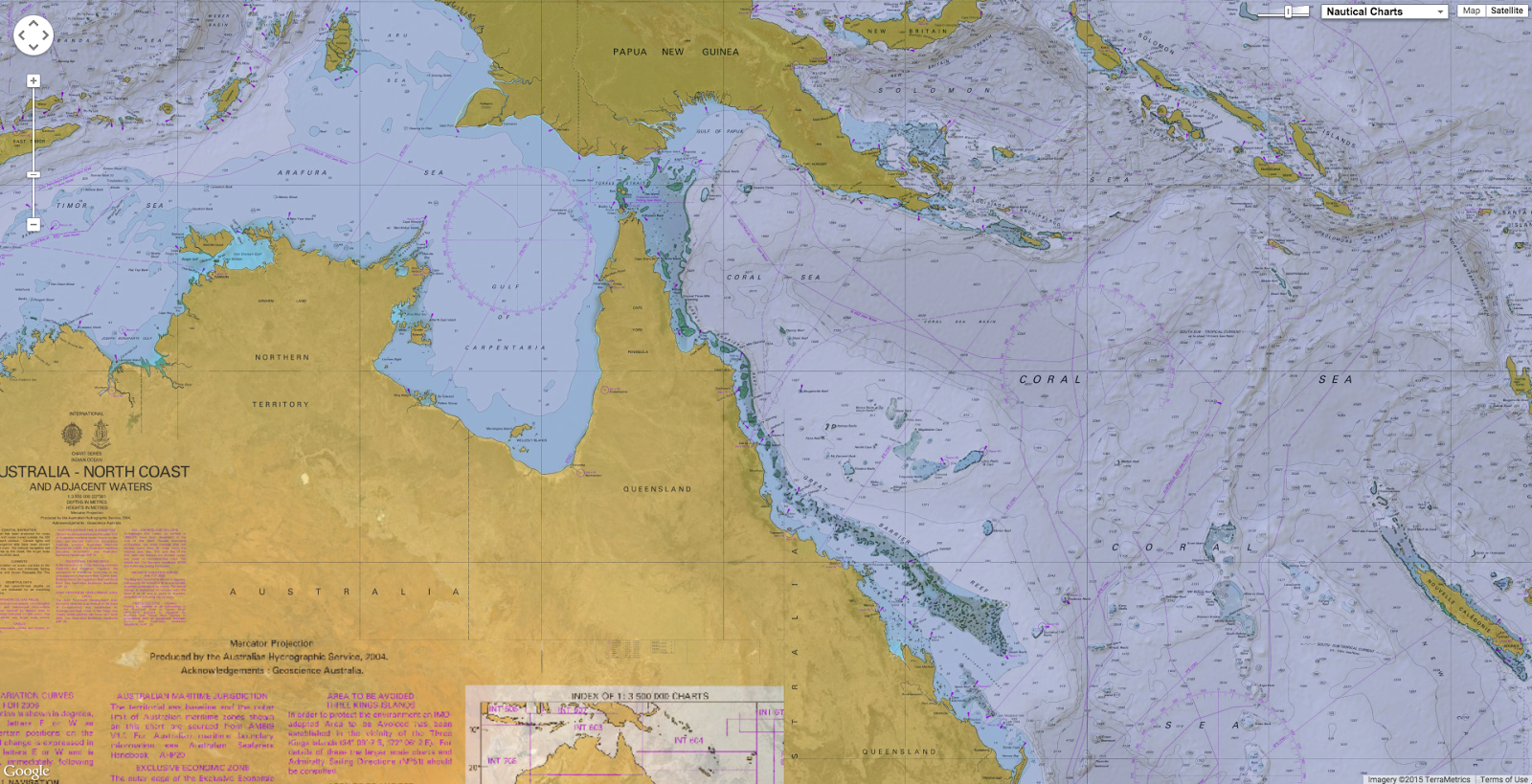 Rising sea temperatures, increasing ocean acidification, swelling numbers of cyclones in recent years, pollution problems triggered by fertiliser and sewage run-offs from farms and cities, and damage caused by the development of ports on the east coast of Australia to help the country to supply China with coal have had a combined and devastating effect on the Great Barrier Reef. Lady Musgrave Island in the Unesco-listed Great Barrier Reef marine park.
Unesco will decide in June whether to list the reef as ‘in danger’.
Photograph: Parer-Cook/Auscape/Minden Pictures/Corbis

The prospect has only recently produced a response from the Australian government.
Its prime minister, Tony Abbott, has realised that the tainting of one of his country’s major attractions as being in danger – and, by inference, poorly managed – is not good for tourism and has hastily introduced measures to curtail pollution and given pledges to spend several billion dollars on reef relief work.
It remains to be seen if these measures will be enough to halt the Great Barrier Reef’s decay or save it from an “in danger” listing by Unesco.
There is, in fact, only a limited amount that Australia can do on its own to save the reef.
Many factors lie beyond the nation’s immediate control.
In particular, rising temperatures round the world and increased ocean acidification, both caused by soaring global emissions of carbon dioxide, are today destroying coral across the planet, while a third factor, over-fishing, has now brought the status of most reefs to crisis level.

This is what the Great Barrier Reef looks like from where ISS space station
(Photo: NASA, Astronaut Wheelock)

According to a report co-authored by British and Australian scientists and published last week, the planet’s already beleaguered coral reefs, which are some of Earth’s most important nurseries for marine life, are now being further assailed by industrial fishing fleets.
The researchers examined more than 800 reefs in 64 locations around the world and found that 83% had lost more than half of their fish, most of these losses having occurred since the 1970s.
Apart from the danger posed to many species of fish, the impact on reefs themselves is also alarming, the scientists warn.
Rudderfish, parrotfish, damselfish and other reef denizens eat invertebrates and remove algae, which can smother and kill off coral.
Take away these piscine predators and the reef starts to decay.
And even when protective measures to control and limit fishing are imposed, it can take up to 60 years for a reef to recover.

It is a gloomy vision, though the authors of the report also point out that they were encouraged to find that, when some form of management is imposed at a reef, substantial amounts of biomass, both fish and coral, can survive there.
In other words, by managing fisheries, some coral reefs could be given a chance to thrive.

In the long term, however, it is hard to be optimistic.
Rising ocean acidification – “the evil twin of global warming” – will continue until fossil fuel burning and carbon dioxide emissions are curtailed by international agreement.
Only then is there a chance that coral reef erosion will stop.
We should be under no illusions about what is at risk. Coral reefs occupy less than 0.1% of the world’s ocean surface, but provide homes for around a quarter of all marine species.
Their value to the planet was once summed by David Attenborough in an interview in the Observer.
As he observed, if you want beauty and if you want to see wildlife, there is no better prospect than a visit to a coral reef.
These places abound with brilliantly coloured fish and corals.
As Attenborough put it, the sight is mind-blowing.
The world therefore has a choice: curtail industrial fishing and limit carbon emissions – or risk losing these natural wonders forever.