A new record has been set for deep sea treasure recovery with WW2 SS “City of Cairo” : world depth record at 5150 meters

The SS City of Cairo (Captain William Rogerson) was a mixed cargo and passenger ship belonging to Ellerman Lines and was on a voyage from Bombay to England, via Cape Town and Recife, Brazil, unescorted, in late 1942.
She carried 296 souls of which 136 were passengers and a mixed cargo including some 100 tons of silver coins belonging to the UK Treasury.
She was spotted by U-68 on the 6th of November 1942 and torpedoed at 2030 hrs.
The engines were stopped and preparations made to abandon ship.
A second torpedo was fired 10 minutes after the first and the ship sank a few minutes later. 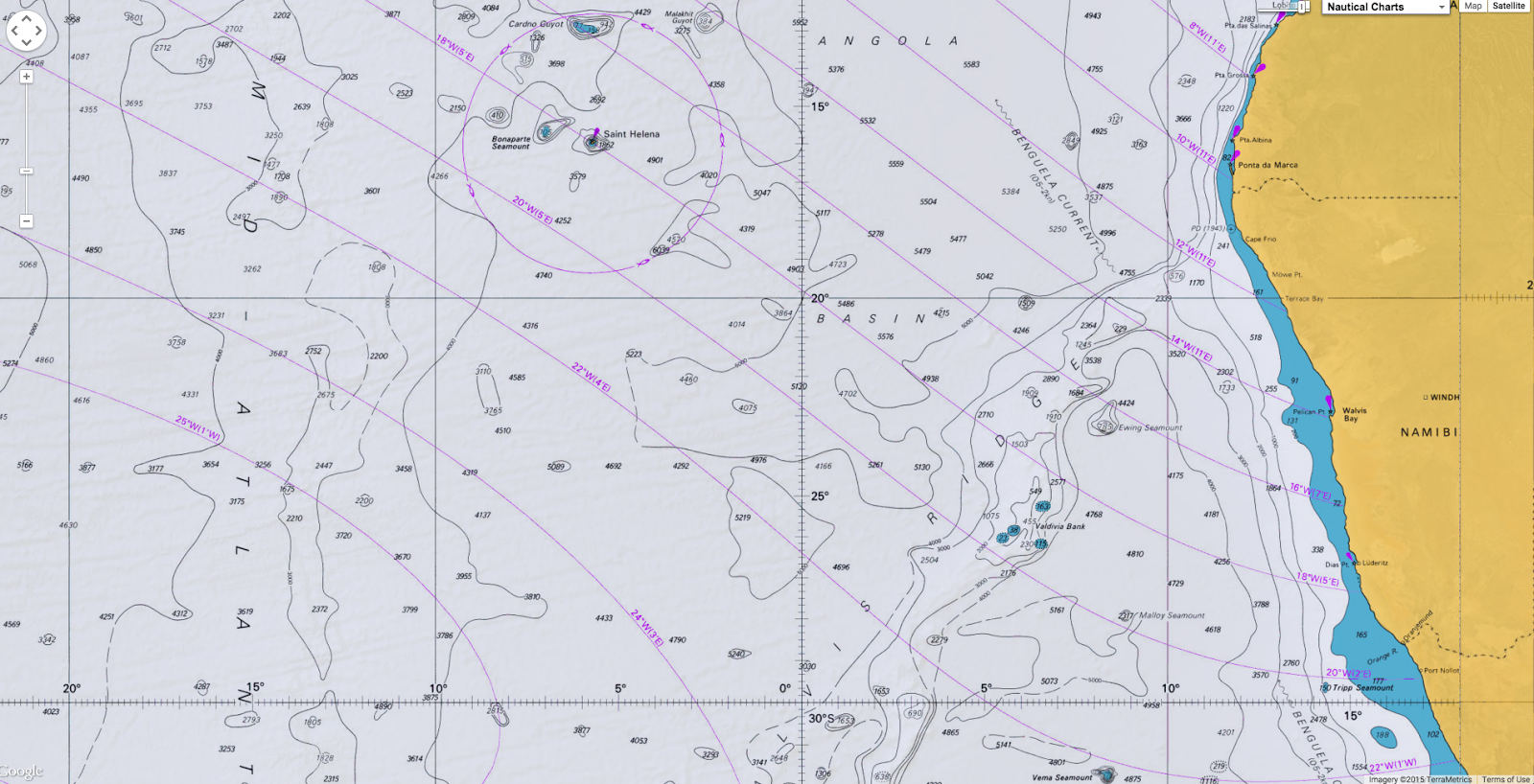 Shipwreck located in the West of Namibia (GeoGarage / UKHO)
about 450 miles south of St. Helena.

The surviving crew and passengers were in the lifeboats when the submarine approached to question captain Rogerson.
The U-Boat captain, Karl-Freidrich Merten, told him how far he was from Brazil and left saying, “goodnight, sorry for sinking you” (which became the title of a book on the loss of the City of Cairo, by R. Barker).
The survivors were soon separated into two groups.
One boat was picked up by a German blockade runner, which was subsequently intercepted by the HMS Scylla and was scuttled on 1st January 1943.
One lifeboat made it almost to Brazil before survivors were rescued.
The master and 154 of the survivors were picked up by the SS Clan Alpine and landed on St. Helena island and another 47 people were picked up by the British steam merchant ship Bendoran and landed at Cape Town. In all 104 people died, 79 crew, 3 gunners and 22 passengers.

The SS City of Cairo, built in 1915 (Treasure Club)
On November 6, 1942, the SS City of Cairo, 8034 tons, Ellerman Lines Ltd, London, while on route from Bombay - Durban - Capetown - Pernambuco, Brazil - UK, was torpedoed by the U-68.
She was carrying 7422 tons of general cargo, including pig iron, timber, wool, cotton, manganese ore, and 2000 boxes of silver coins (3 million ounces).
A second torpedo caused the ship to sink by the stern.

Deep Ocean Research (DOS) decided to look for the wreck of the SS City of Cairo and in November 2011 started operations.
This was to be a difficult search as the water depth would exceed 5000m, the weather, swell and currents were known to be challenging and the presumed site was some 1000 miles from the nearest land in the foothills of the mid-Atlantic ridge.

Our research came up with the usual contradictions between the positions given by the submarine and that from the ships officers.
A large search box was put together to try to reconcile these diverse statements.
The seafloor was difficult with ridges and canyons throughout the area and the water depth varied between 5100 and 5500m.

A small target with little height and reflectivity was seen in amongst a hillside and was subsequently dived upon, with some reluctance, as it didn’t correspond to our expectations of what a wreck should look like at all.
However, DOS’s procedures require that all targets which appear not to be natural be inspected.
It turned out that it was a wreck and the identity was finally confirmed to be that of the City of Cairo. The ship was broken in two and buried deep in the seafloor silt.
Parts of the ship had meters of mud heaped upon it, which goes some way in explaining the lack of height and of reflectivity.

Under contract to the UK Ministry of Transport, DOS recovered several tens of tons of silver coins from a depth of 5150m – a world depth record.

The team quickly found that operating at this depth caused serious technical difficulties which were new to us and which had to be resolved, quickly.
The combination of pressure, temperature, repeated dives at this depth and other issues resulted in multiple breakdowns of systems such as we had not experienced before when working in 3000 - 4000m depths.
Some of these issues were new to our suppliers too.
However our team overcame them which resulted in our ability to make our equipment work non-stop for days on end at these extreme depths - an invaluable and critical lesson for DOS for the future.

Many items were seen on and around the wreck including the end section of the second torpedo, where the contra-rotating propellers could clearly be seen.
Apart from the silver cargo this was the only item recovered from the site.

DOS left a plaque commemorating their finding and visiting the ship before they left the site finally on the 25th September 2013.