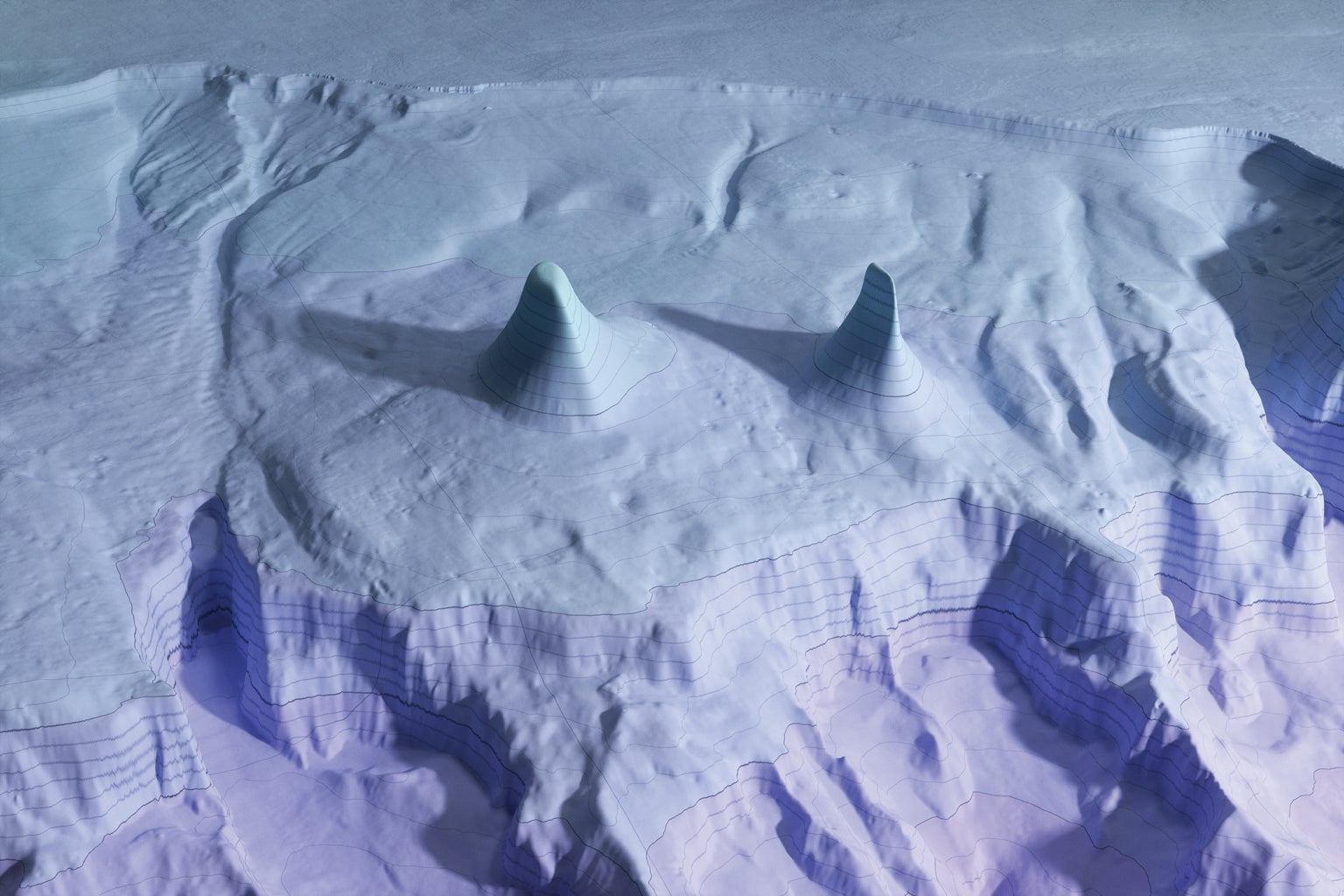 REEF TOWER
SOUTH PACIFIC, 50 MILES EAST OF CAPE YORK PENINSULA, AUSTRALIA
Scientists at James Cook University in Australia were charting underwater habitats just beyond the northern end of the Great Barrier Reef using multibeam sonar when they came on a freestanding coral reef tower 1,640 feet tall—taller than the Empire State Building.
The base of the wedge, shaped like a shark fin, is almost a mile across, and the tip is only 130 feet below the sea surface.
Subsequent dives by a remotely operated vehicle showed the tower was teeming with fish and exhibited no signs of the coral bleaching that has tormented the Great Barrier Reef.
Credit: Maceij Frolow
From Scientific American by Mark Fischetti
Giant coral towers, vast reefs and other formations are captivating explorers

Oceanographers are fond of saying that we know more about the moon's surface than we do about Earth's seafloor.
It's true.
As of 2017, only 6 percent of the global seabed had been mapped, typically by ships with sonar instruments sailing back and forth in straight lines across a local section of sea. MILLION MOUNDS CORAL PROVINCE
NORTH ATLANTIC, 100 MILES EAST OF GEORGIA, U.S.
Investigators at the National Oceanic and Atmospheric Administration have finished mapping the “million mounds” deep-sea province.
Thousands of coral mounds, each 30 to 300 feet high, blanket 11,000 square miles of ocean floor, making it the largest deep-sea coral ecosystem ever discovered.
At a depth of 2,000 to 2,600 feet, the seafloor receives no sunlight, so the white corals don’t house symbiotic algae that give shallow reefs their color.
When old corals in the mounds die, their skeletons provide the foundation for new corals; some mounds have been growing for thousands of years.
Credit: Maceij Frolow
But since then, nations have become eager to chart the seafloor within their own “exclusive economic zones,” which reach 200 nautical miles from their shores, in part to look for critical minerals they can scrape up using big mining machines.
The other push is Seabed 2030—an effort to map Earth's entire seafloor by 2030, run jointly by the Nippon Foundation and the nonprofit General Bathymetric Chart of the Oceans. RYDER GLACIER SILL
​​​​Geologists at Stockholm University were puzzled about why the front edge of Ryder Glacier, at the Sherard Osborn Fjord, was losing less ice than the faces of other Greenland glaciers.
Using multibeam sonar on an icebreaker in the fjord, they discovered two parallel sills of bedrock (red), separated by a basin, that cross the fjord.
The inner sill, about 3.8 miles across and 1,600 to 1,900 feet high, blocks relatively warm Atlantic Ocean water from reaching the glacier and melting its underside, slowing the glacier’s demise.
Credit: Maceij Frolow

Localization with the GeoGarage platfrom (DGA nautical raster chart)
The goal is to collect and stitch together mapping done by governments, industries and research institutions everywhere.
Public release of previously private bathymetric data is helping to widen the areas plotted.
And uncrewed, remotely operated vehicles fitted with sonar that can zoom around underwater for days at a time are speeding the pace of mapping.
By June 2022 an impressive 21 percent of the world's seafloor had been charted.
The more experts map, the more surprises they find—such as the three unexpected, unusual formations revealed here.
Links :
Posted by geogarage at 1:21 AM