Three ways the Navy can surge its unmanned surface force 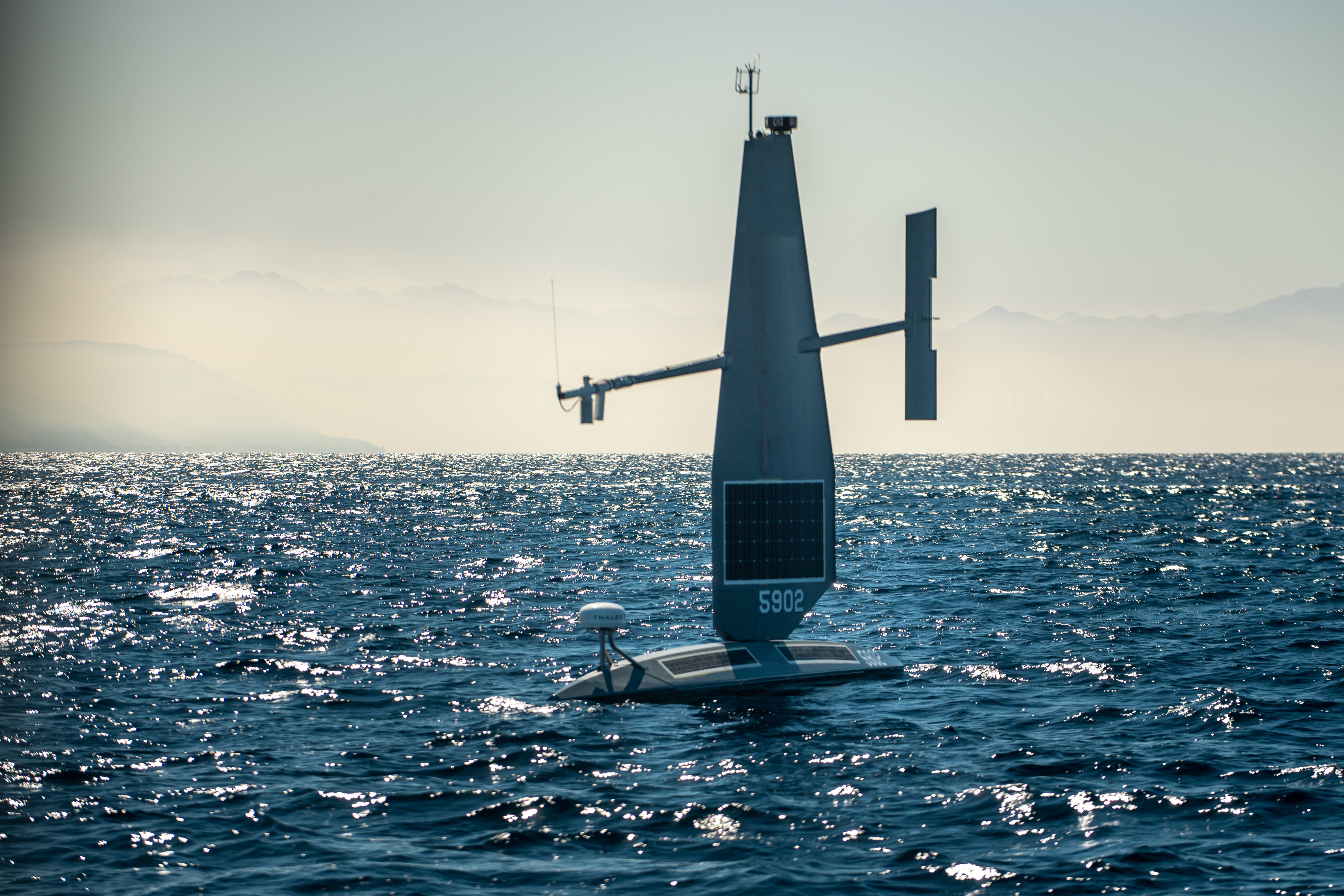 U.S. Navy photo by MC2 Dawson Roth
From RearClearDefense by Tim Gallaudet
Building on nearly a century of experience with unmanned systems (UxS), the U.S. Navy is moving forward to realize the vision articulated by Chief of Naval Operations (CNO) Admiral Mike Gilday, "where unmanned systems serve as an integral part of the Navy's warfighting team."
Notable operational progress has been made in all domains, with the best examples being unmanned and autonomous underwater vehicles (UUVs/AUVs) for Naval Oceanography, unmanned aerial systems (UAS) for Intelligence, Surveillance, and Reconnaissance and Naval Aviation, and a combination of ground, aerial, and undersea UxS for the Explosive Ordnance Disposal, Naval Special Warfare, Mine Warfare, and Undersea Warfare communities. Personnel from NAVCENT’s Task Force 59 briefed Col. Hisham Khaleel Aljarrah, commander of the Royal Jordanian Naval Force, alongside Vice Adm. Brad Cooper, commander of NAVCENT, U.S. 5th Fleet and Combined Maritime Forces on the task force’s new Saildrone Explorer unmanned surface vessel USV.
(Picture source U.S. Navy)
The glaring exception is the Navy's Surface Force.
Surface combatants have operated UUVs and UASs to expand their capability, but these activities have yet to achieve significant scale.
Similarly, the most prominent Unmanned Surface Vessel (USV) efforts such as Sea Hunter, Sea Hawk, SCOUT, and the U.S. Fifth Fleet’s IMX 2022 have only been demonstrations and experiments.
One think tank went to brand such pursuits as innovation tourism.
Additionally, the two top potential Navy USV programs of record, the Large USV (LUSV) and Medium USV (MUSV) have been paused to address payload integration issues.
Fortunately, CNO Gilday acknowledged these shortcomings and expressed his interest in operating smaller USVs before scaling up the unmanned fleet over the next decade.

Saildrone in Gulf of Aqaba
The U.S. Fifth Fleet has stepped up, announcing the goal of establishing a new joint fleet of unmanned systems with allied nations to dramatically multiply their surveillance capacities.
This is a goal the entire Navy should make, and here's how the Navy's surface force can help achieve it:
Rapidly Acquire More Small, High-TLR, COTS Platforms. Industry is awash in an astonishing array of affordable, autonomous surface systems that can be used to enable the Navy’s surface force.
Several of these have appeared in past Advanced Naval Technology Exercise (ANTX) demonstrations and recently during the aforementioned IMX 2022.
One example with a high technical readiness level (TRL) was selected by the National Oceanic and Atmospheric Administration (NOAA) as a wholesale replacement for their manned hydrographic launches, and the system’s modularity makes it amenable to naval missions ranging from anti-submarine warfare, maritime domain awareness, electronic warfare, to rapid environmental assessment.
Other Navies operate USVs for mine warfare like the U.S. Navy’s Common USV, while China has developed a Sea Hunter copycat, so the time is now to scale up the Navy’s inventory for application to additional missions. 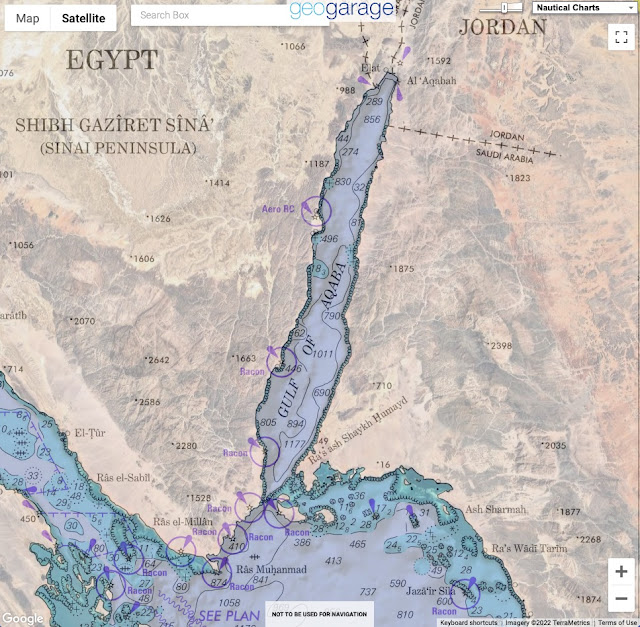 NAVCENT Launches Saildrone in Gulf of Aqaba for Exercise Digital Horizon
Rapid acquisition can be achieved in several ways.
The Navy can enter into new or use existing interagency agreements for systems already acquired by other agencies
Otherwise, other transactional authority (OTA) could not only be used to procure the most promising Commercial-Off-The-Shelf (COTS) vehicles but also to develop and integrate any type of payload.
Accelerate Multi-Vehicle Integration. As UxS proliferate across the defense and civil sectors, multi-vehicle operations are emerging as the next major development.
Swarming is the most well-known example and the subject of several experiments and research programs.
By addressing CNO Gilday's interest in acquiring more small USVs, the Navy can transition surface swarming to an operational capability.
A more nascent type of multi-vehicle operation involves integrating USVs with other types of UxS. UAS-USV integration has been demonstrated for anti-submarine warfare and mine warfare in exercises with the UK Royal Navy and Spanish Navy, while USV-AUV integration was successfully proven for subsea survey and asset inspection by a trio of energy and tech firms.
In view of the U.S. DOD’s imperative for all domain operations, collaborative, uncrewed capabilities like these will need to be institutionalized across the surface force.
Exponentially Expand Manned-Unmanned Teaming. Unmanned systems are also key to implementing another warfighting imperative - distributed maritime operations.
This concept requires a more dispersed force to avoid single points of failure. Manned-unmanned-teaming conducted by the Navy's Task Force 59 during IMX 2022 points to a future where every Navy surface ship operates as a multi-UxS mothership.
Such a future will be realized if the recommendations herein are followed with speed and scale.
The new UxS rating being considered by CNO Gilday, along with certification courses like that in academia, will be foundational to this future as well.
Several credible authorities have criticized the Navy’s surface force as unprepared for competition with China and the demands of distributed maritime operations.
By flooding the Fleet with small, affordable, high-TLR unmanned systems that are configured for multi-vehicle missions, the Navy can realize the full potential for manned-unmanned-teaming in all domain, distributed operations.
Without such a surge, realizing the CNO's vision for the Navy's unmanned surface force will remain a long shot.
Links :
Posted by geogarage at 1:38 AM