What would happen if all the Antarctic ice melted? 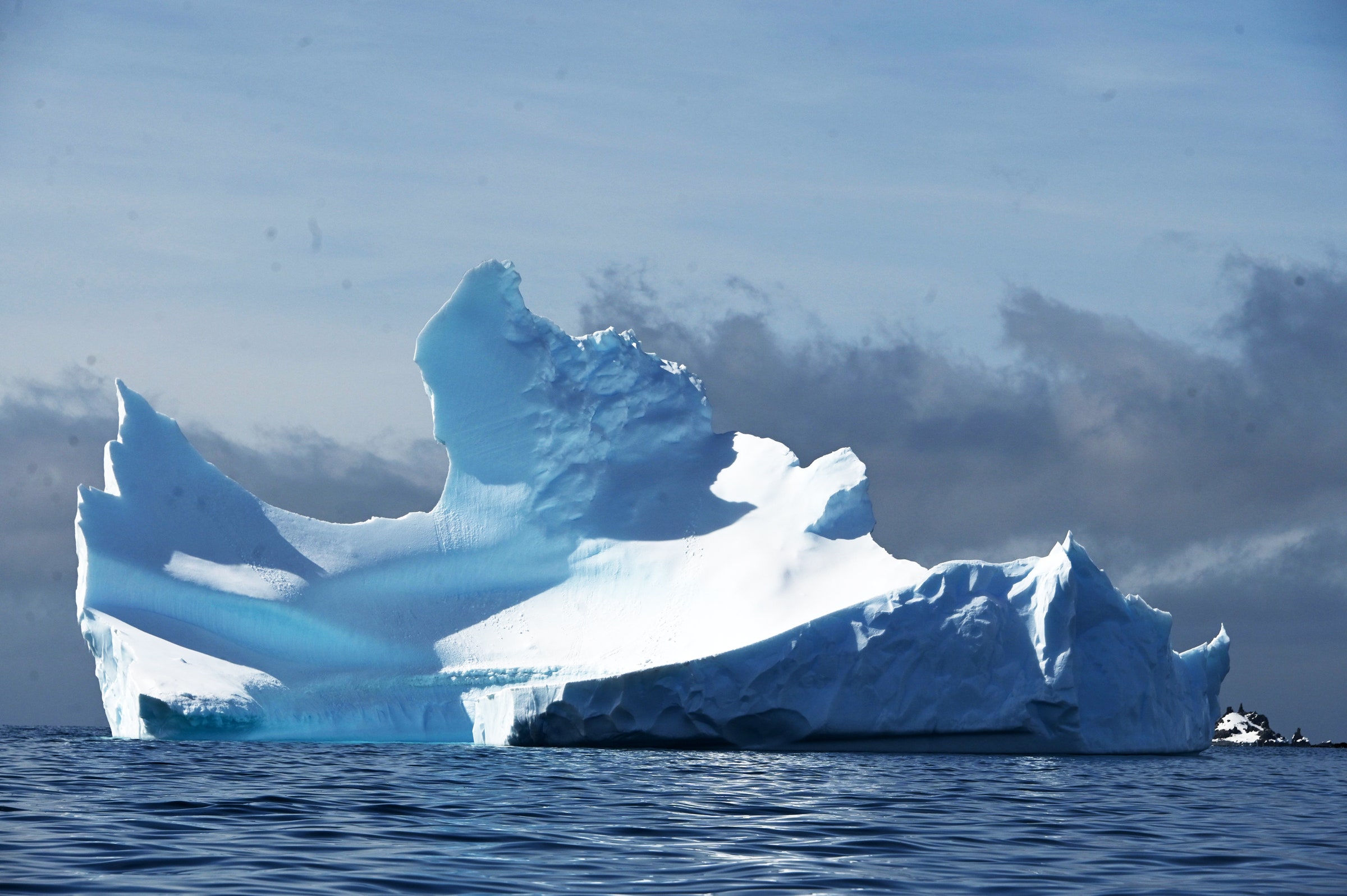 What Would Happen If All the Antarctic Ice Melted?
It … let's just say it would not be good.
Here, let's do the math.

Yes, There is indeed climate change.
There's no question that we (the humans) have been putting a whole bunch of carbon dioxide into the atmosphere, and this carbon dioxide is changing the climate.
And things are looking pretty bad.
Maybe seriously bad.
So what would happen if the global temperature increased enough to melt the ice cap in Antarctica? How much water is there, and how much would the sea level rise? What about the Arctic polar cap? Why don't we hear about the problems caused by the ice that melts at the North Pole? (Because more ice melts each summer.)

Let me start with the ice at the South Pole.
Normally, I would do a traditional "back of the envelope" estimation and just get approximate values for stuff.
However, in this case, I really don't have a feeling for the size of the Antarctic ice cap.
I'm not sure about the area or the depth of ice.
Honestly, it's not my fault.
It's because I grew up with this Mercator projection map.
This kind of map makes Antarctica impossibly huge.

To get a rough estimation of the size of Antarctica, we think of it as a circle with a diameter equal to the width of the United States.
See—now we've made a connection between something you don't really have a feeling for to something you might be familiar with.
So, how far is it across the US? Let's say it has a width of width of around 3,000 miles (4,800 km).
So, if we approximate this as the diameter of a circular Antarctica, the surface area would be:

Forgive me, but I'm going to cheat a little bit.Since I really don't know if this value is legit or crazy, I'm going to take a peek at the Wikipedia Antarctica page.

Oh great—I'm reasonably close.
I feel better now.
But wait! There's one other tough thing to estimate—the average depth of the ice sheet at the South Pole.
Well, heck.
I already looked at the page and I see that the average ice thickness is 1.9 km.
It's all for the best.
There's no way I would have guessed it's that thick.
That's a crazy amount of ice.

So now we can visualize this ice sheet as a giant cylinder—maybe more like a hockey-puck-shaped cylinder.
I can calculate the volume as the area of the base (a circle) multiplied by the height.
I'm going to keep the measurements in units of meters just to make things easier going forward.

But this volume of ice doesn't translate directly to the same volume of sea level rise.

Ice has a density of 920 kg/m3 compared to liquid water of 1,000 kg/m3 because H2O is super weird in that the density decreases when it freezes.
The one thing that has to stay constant when the ice melts is the mass.
Using this, I can find the volume of the melted water (using density = mass/volume).
Note, physicists like to use the Greek letter ρ to represent density.

Imagine this melted ice (otherwise known as water) spread over the whole area of the oceans.

If the ocean was a perfect square, the melted water would be a flat rectangular box with the same area as the ocean and the depth equal to the amount of sea level rise.
To find this rise in water, I just need to take the volume of melted water and divide by the area of the ocean (and here you can see why it's nice to have everything in units of meters, m2 and m3).

OK, now I'm going to reveal my favorite tool for calculations like this—python.
Yes, I did all of this with some very short python code.
The best part is that you can change any of my estimates.
Just click the "pencil" icon and you can input values that you think are better.
I won't be offended (or even know). 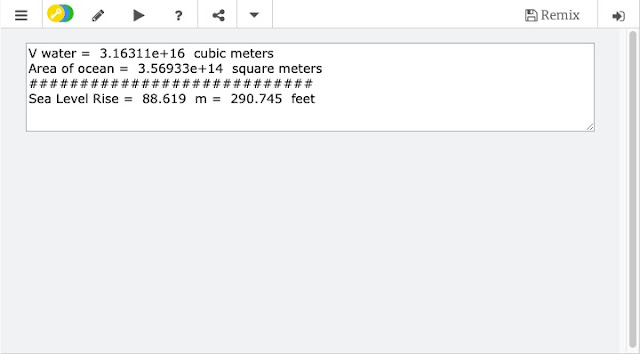 So you see how bad this could be.
Even if my estimates are off by a little bit—it seems clear that there could be a very significant sea level rise.
That would suck.

Note that this is just an approximation.
I didn't take into account the loss of land surface area that gets flooded by the rising seas.
This would actually decrease the sea level rise, as it would have a greater area to spread out.
But even if you let the water spread over a complete Earth (including the land), it would be an increase of 62 meters (203 feet).
I guess I should also point out that I ignored the curvature of the Earth and assumed it was a flat plat (the flat-Earthers would be happy).
But since the change in sea level is very small compared to the radius of the Earth, I think this approximation is fairly fine.
Well, fine as an estimation—not fine as the disaster it would cause.

But what about the melting ice at the North Pole? Although there is significant melting, it doesn't contribute to sea level rise.
The big difference is that the Arctic ice is floating while the Antarctic ice is sitting on land.
Why does this even matter? I can show you with an example of a classic physics question.
Imagine you have a glass of water with a single large ice cube in it.
Since the density of solid ice is slightly less than the density of liquid water, the ice floats.
Here is a diagram of the floating ice. 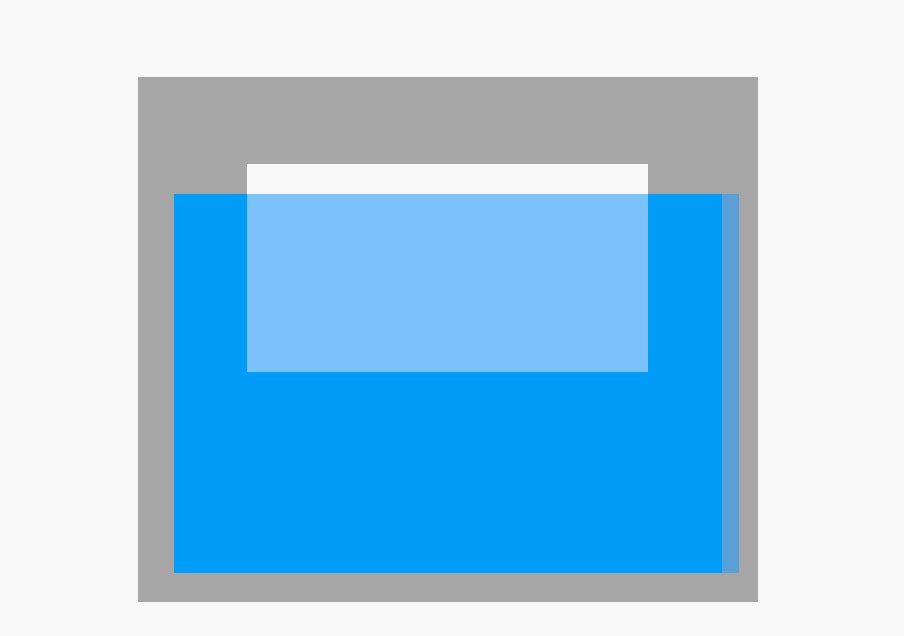 Why does stuff float?

I know this might seem crazy, but it's because of the gravitational force.
Imagine that you have a glass of water without any motion in the cup (no currents).
You can take a small section of the water in the middle of the cup and look at the forces acting on it.
Let's say this is a small cube of water with each side of length s.
Since the water block is stationary, the total force on this block must be zero—this is true for any object in static equilibrium.

One force that should obviously be acting on the water block is the downward pulling gravitational force.

The magnitude of this force can be calculated as the product of the mass (of the block of water) and the gravitational field (g = 9.8 Newtons per kilogram on the surface of the Earth).

But then what force pushes UP on the water? The answer is more water.

Now, what if I replace this water block with a metal block of the exact same size? Well, there's still water outside the metal block.

So what does this have to do with the Arctic ice?If you have ice floating in the water, it displaces some liquid water.
But since it's floating, it will displace a volume of water that would have an equal mass as the ice.
Now, imagine the ice melts.
Even though the volume of material changes as the ice goes from a solid to a liquid, the mass stays the same.
Now the melted ice (so, the new water) occupies the same volume of water that the ice cube displaced.
Nothing changes.

Go back to the melting ice in a glass of water.
The total water level in the glass will stay the same as a block of ice melts (assuming there wasn't any evaporation).
And that's why you don't have to worry about the Arctic ice.
Well, you have to worry because it's a sign of climate change—just not about sea level rise.