New seafloor map reveals how strange the Gulf of Mexico is

A new high-resolution map of the floor of the Gulf of Mexico was released to the public. 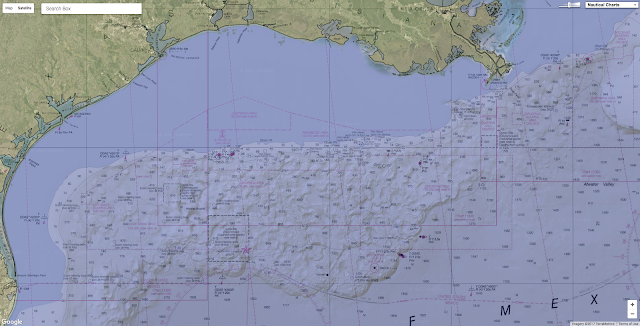 Gulf of Mexico view with the GeoGarage platform (NOAA chart)

From National Geographic by Betsy Mason

The floor of the Gulf of Mexico is one of the most geologically interesting stretches of the Earth’s surface.
The gulf’s peculiar history gave rise to a landscape riddled with domes, pockmarks, canyons, faults, and channels — all revealed in more detail than ever before by a new 1.4 billion-pixel map.

This striking view of the ocean floor off the coasts of Louisiana and Texas was created by a government agency you’ve likely never heard of called the Bureau of Ocean Energy Management (BOEM).
The bureau’s job is to manage exploration and development of the country’s offshore mineral and energy resources.
Consequently it has access to all the survey data that private companies collect.

The exploration companies use 3-D seismic imaging to map areas of the Gulf they are interested in.
This involves towing high-powered underwater air guns behind a ship.
When the guns fire, they create sound waves that travel down and are reflected back up by the sea floor.
Lines of underwater microphones pulled along the surface behind the ship record how long it takes the reflected waves to reach them, data that can then be translated into topography.

As you can clearly see in the image below, this data is much higher resolution than the best available map, which was made in the 1990s.

The feature known as Horseshoe Basin in the western Gulf of Mexico shows up far more clearly on the new high-resolution map (right). 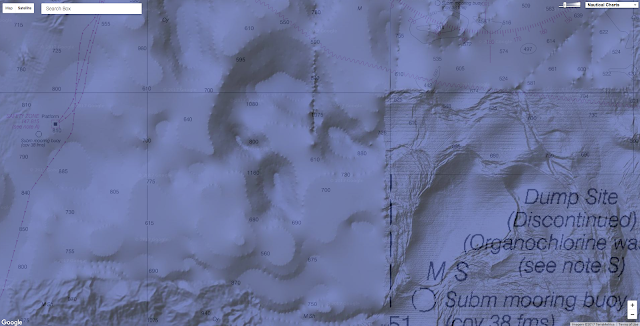 The strange geology of the floor of the Gulf is mostly caused by thick underlying layers of salt.
Scientists think the salt probably accumulated around the time when Africa was just starting to separate from the Americas around 200 million years ago.
At that point, the Gulf was probably a separate basin that was filled with seawater that later evaporated, leaving a blanket of salt behind.
Later, as the basin became a gulf, the salt was covered with sediment deposited by rivers.

Because salt doesn’t compact under the weight of overlying layers like sediment does, it ends up being less dense than the sediment above it.
Because salt also flows easily, it can deform and get squeezed, which results in blobs of salt pushing up into the layers above, making domes and ridges and faults.
These strange, complex configurations are part of the geology that created the conditions that allowed vast oil deposits to collect.

Only a vague outline of this bizarre landscape was visible on the old map, which had a resolution of 27,000 square feet per pixel, actually quite good for the seafloor.
But it wasn’t good enough for biologists who needed a more detailed picture of the area around the 2010 Deepwater Horizon oil spill so they could assess the ecological damage.
In response to their call for help, the BOEM devised a way to make a high-resolution map by combining the data from several 3-D seismic surveys that exploration companies had done in the area.
With that success, they realized they could map the whole Gulf of Mexico the same way.

The Joshua Channel (labeled channel-levee) in the eastern Gulf of Mexico stands out clearly on the new high-resolution map of the sea floor. 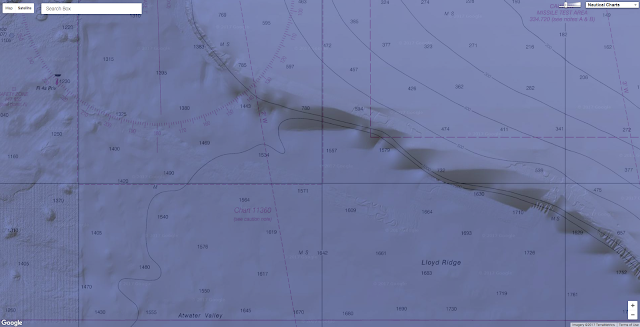 They took all the best survey data from more than 200 individual maps made by exploration companies of parts of the Gulf and combined them into a map of the whole region with resolution of around 1,600 square feet per pixel — about the size of the average American family home.
With the consent of the seven companies, the BOEM released the map to the public.