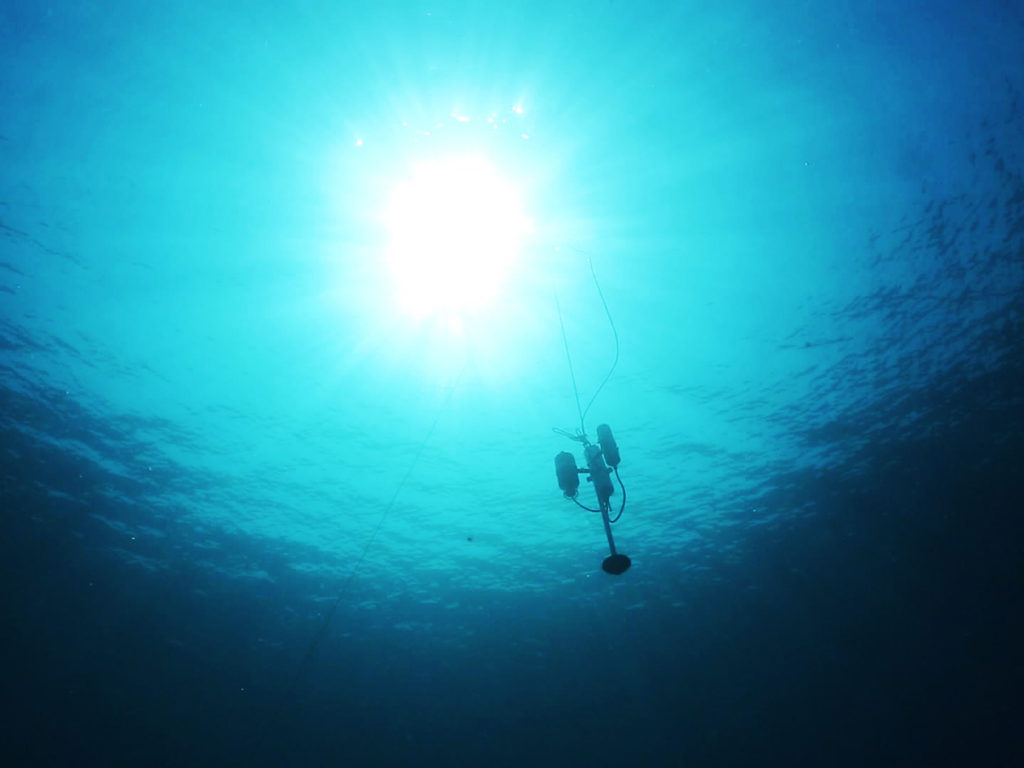 From Wired by Eric Niler

THERE’S A PLACE where the internet, Wi-Fi, and GPS do not exist.
Communication is haphazard: Sometimes messages arrive different times at the same place, the same time at different places, or not at all.
It’s not North Korea, or a time portal to the 1980s.
It’s anywhere, today, under the ocean. 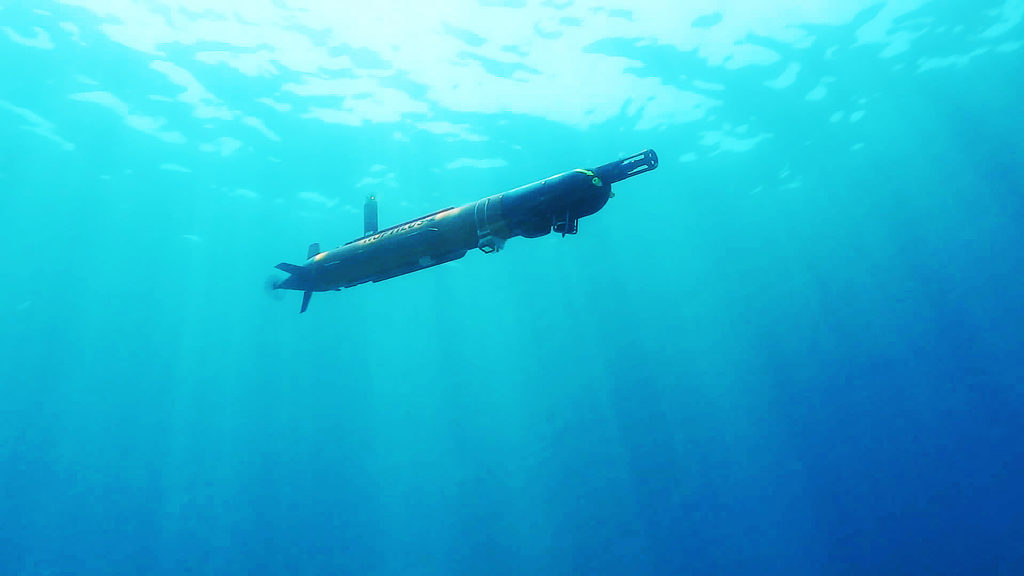 For scientists talking to submarines, robots, and other instruments, data travels at dial-up speeds of single bytes per minute—far slower than the megabits per second we use in the office or at home.
Oceanographic researchers have gotten around the problem by connecting devices to tethers of fiber optic cable or copper wires, which provide enough bandwidth to stream images of the Titanic or weird creatures that live around underwater volcanic hot springs.
But the heavy cables can also get tangled, dragging down the vehicles they connect. 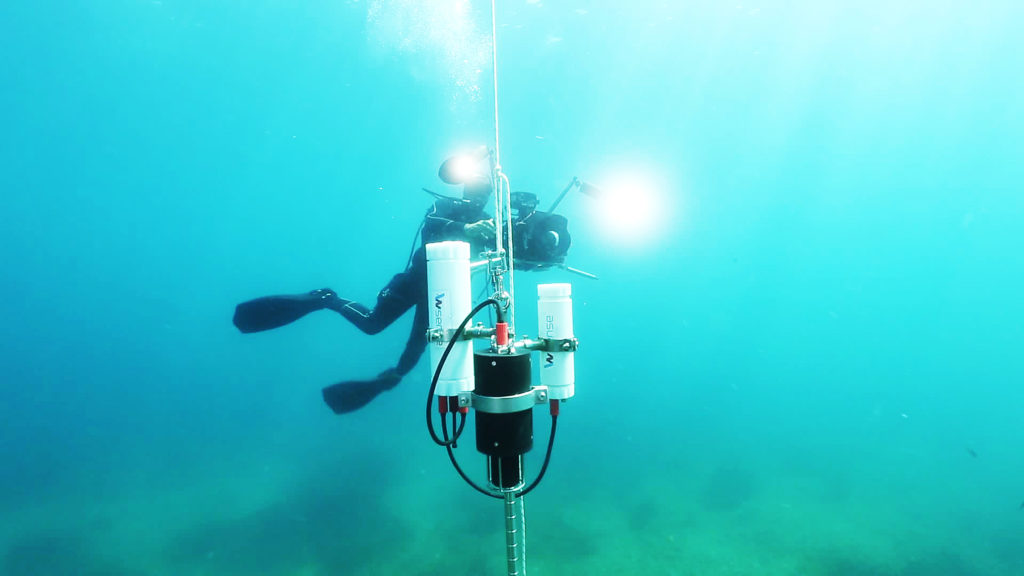 But a group of scientists from Europe and the United States are trying to cut the cable on underwater data.
They foresee a wireless communications network that would allow sleek, torpedo-shaped autonomous underwater vehicles to scout the murky depths, collect information, talk to each other, and then return to a central point to dump their data at regular internet speeds.

In the past two years, their collaborative project—called Sunrise—has drawn upon the skills of more than 40 marine researchers and computer scientists from eight European nations.
They have explored Roman marble columns laying on the seafloor off Sicily, looked for lost shipping containers in a Portuguese harbor, and mapped a portion of the seafloor with the Portuguese Navy—all using networks of underwater modems.

Underwater robots can explore seas and rivers, gathering in groups to solve problems together, if they learn to cooperate.
A group of robots - each carrying a particular set of sensors - will scour the seabed looking for a lost object or a chemical leak.
By working together, they can collect a lot of information in a short space of time.

Later this month, another field test will use three autonomous underwater vehicles to run surveillance on aquaculture pens off Calabria in southern Italy.
They’ll later dock to a small wireless modem, and upload data to researchers back in Rome.
“We call it the internet of underwater things,” says Chiara Petrioli, professor of computer science at University of Rome La Sapienza and the Sunrise project coordinator.
“What we wanted to do is not only communicate underwater, but also take the first steps to develop low-cost actuating and sensing technologies that can be interconnected with each other and can complete smart complex tasks.” 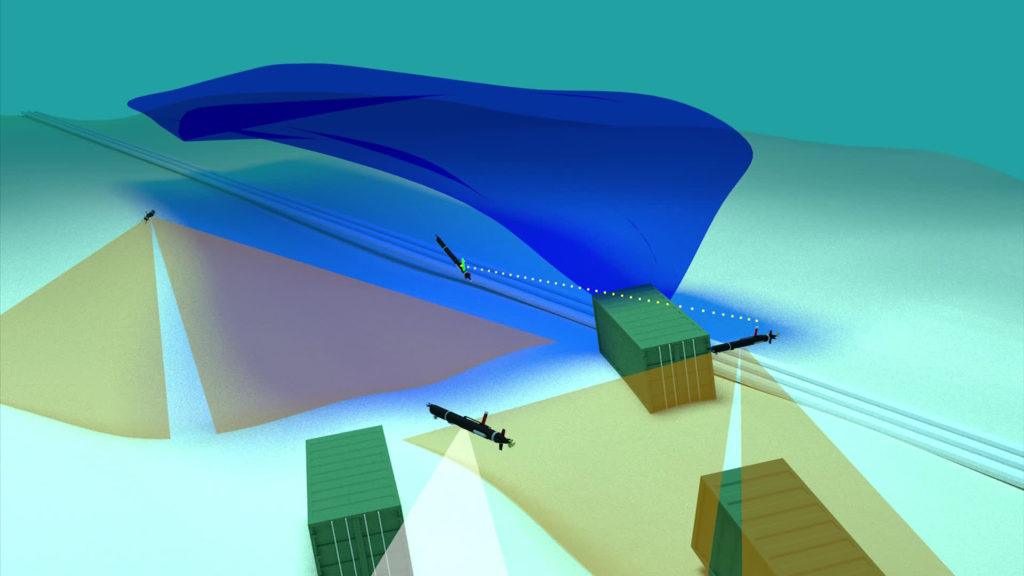 At Northeastern University in Boston, electrical engineer Stefano Basigni is trying to pack more data into acoustic wavelengths.
“The ways to achieve higher speed have to do with the design of the actual transducers, and the way you perform channel modulation,” said Basigni, who is part of the Sunrise group.
“You stuff more bits into the acoustic wave.” 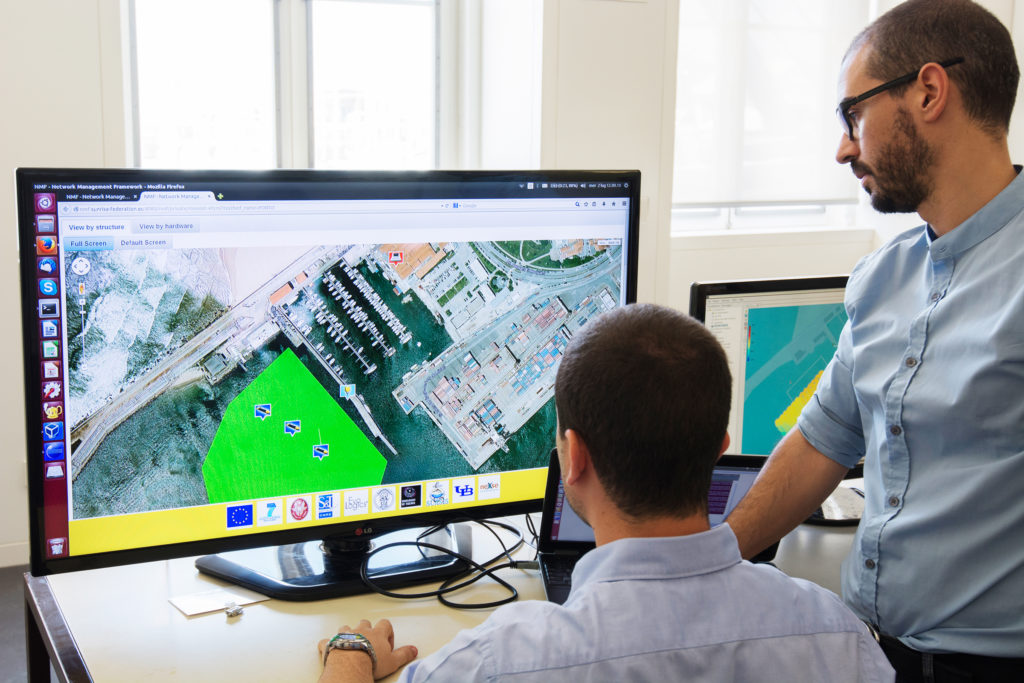 To test that technology, Basigni and his colleagues have set up a demonstration project in Nahant, a small fishing community on the northern edge of Boston Harbor.
Normally, ocean scientists would lay cables out to a monitoring station that collects and records data on marine life, pollution, and water quality.
“We deploy our instruments today, and then in a week, if the lobster fishermen haven’t destroyed their equipment, we would go back and retrieve the equipment,” says Basigni.
“Now, with this kind of (optical modem) communication, as soon as the sensor has the data, it sends it back to me.” 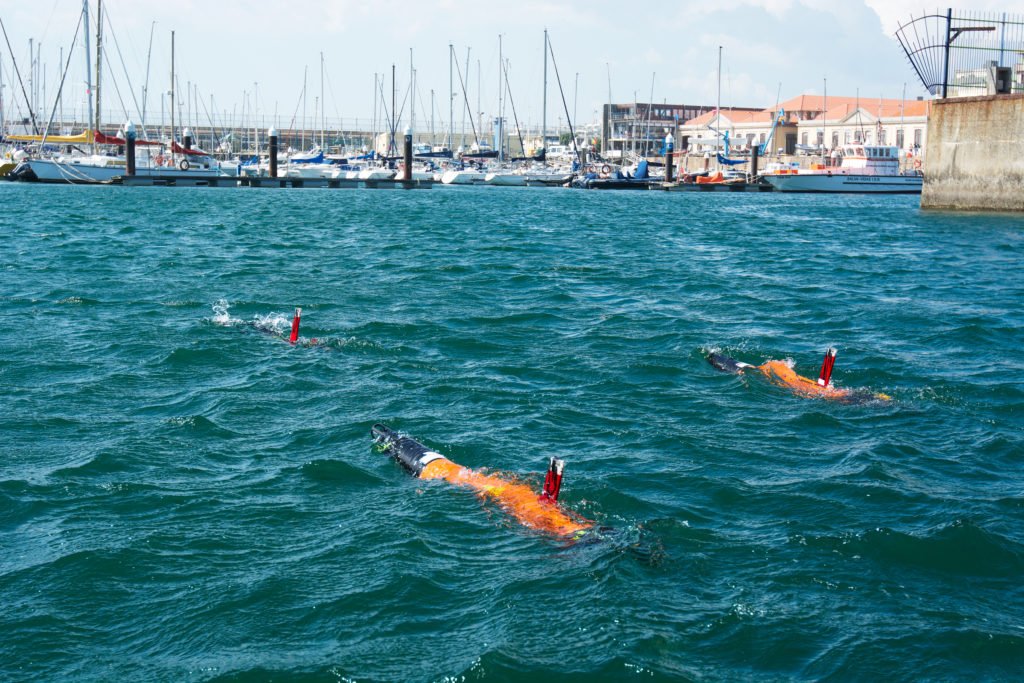 Once Basigni and others figure out how to better connect underwater instruments through a wireless network, they see applications beyond collecting scientific data.
Say, opening underwater gates at the harbor mouth and guiding ships to their dock, livestreaming a tropical reef exploration, or following a pod of migrating whales in real-time.
The researchers are experimenting with a mix of slower, but longer-range acoustic modems and the short-range high-bandwidth optical modems.
“Once the networking has been perfected—and it will be—it is a matter of imagination,” says Basigni. 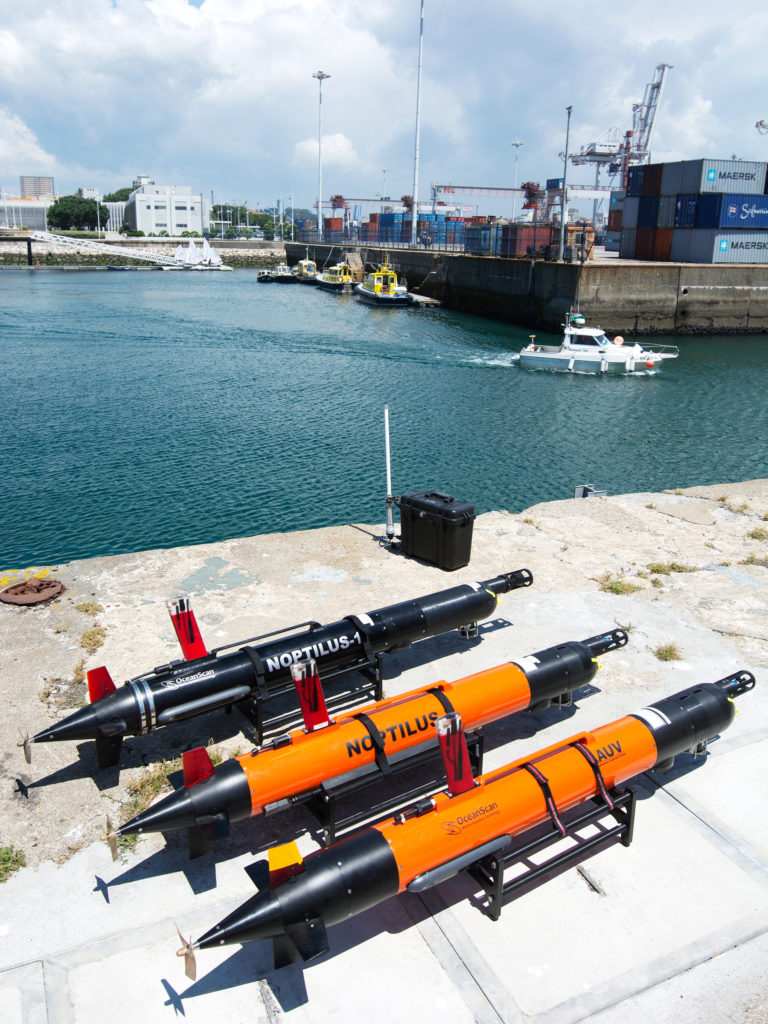 But boosting data capacity and speed isn’t enough.
They also have to get the devices to talk to each other.
The Sunrise team in Italy is using an Esperanto-like language called Janus with their underwater drones.
They are planning a real-world test in several months off the coast of the Italian port of La Spezia to perfect the protocols, and to use a new method of recharging the batteries of autonomous underwater vehicles in floating docking stations. 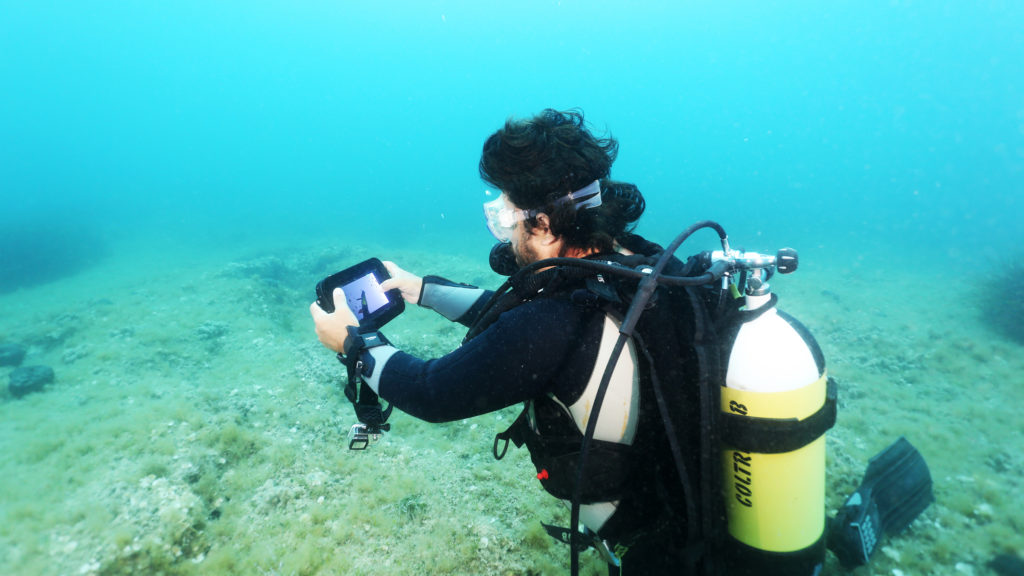 These real-world experiments are difficult to pull off.
The underwater world is rough on electronics, salinity and temperature differences make communications unreliable, and foul weather can send seasick oceanographers back to their cabins.
Still, these systems are getting better, according to Louis Whitcomb, professor of mechanical engineering at Johns Hopkins University and an expert in underwater acoustic communications.

Whitcomb just returned to Baltimore from a 45-day oceanographic expedition north of the Arctic Circle to explore an underwater mountain and its sea life.
The underwater drones he was using had to surface every few minutes and send back their location in 64-byte data packets once per minute—with each package taking six seconds to transmit.
In plain English: It was super-slow.

“We’re not going to be able to push HD TV over an acoustic modem anytime soon,” says Whitcomb.
“But we have a range of technologies and we will see the development of vehicles that will bridge these communications regimes.” Whitcomb sees a day when fleets of underwater drones can scan distant waters, return and dump their data into high-speed modems.
That makes exploring Mars look relatively easy.