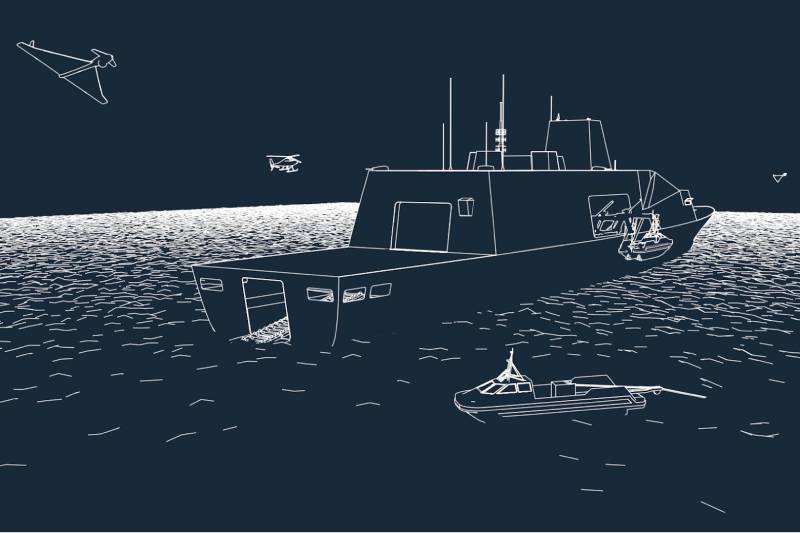 From Shephardmedia by Harry Lye

The programme aims to understand and enable philosophies behind future lean crewed warships enabled by autonomy.

While not a physical product, the project offers a view of how AI and intelligent systems can be integrated into the design of naval vessels and process ever-increasing quantities of data.

Jake Rigby, R&D lead for defence and security at BMT, said: 'It's not a concept design, but a thought leadership for a project about creating the vision of what a warship that is not completely uncrewed but has some very lean crewing onboard could look like in the future.'

Speaking to Shephard ahead of DSEI, he added: 'We're not saying that the future of naval warfare is completely unmanned; we're saying actually in this highly autonomous warship, you have a very small number of people that's enabled by autonomy, but you've still got some key functions onboard.'

The project looks ahead to a 2040 vision of a lean crewed warship designed in line with the UK government's upcoming 30-year shipbuilding strategy.

BMT wants to gain a sense of when certain enabling technologies will be matured and inserted into future vessels, producing a gradual pathway to more autonomous ships.

The vision of a highly autonomous vessel in 2040 does not necessarily mean an operationally deployed ship but rather one featuring a full range of mature autonomous capabilities.

As autonomous, lean-crewed ships increase over the next few decades, BMT anticipates a mix of vessels at sea operating different levels of autonomy.

Essential to the thought leadership work is promoting safety considerations around autonomous control and human factors. 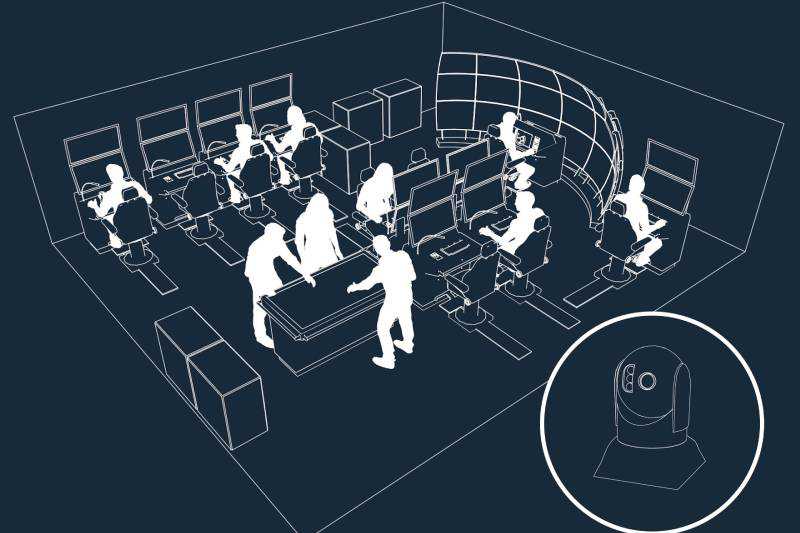 'However, human interaction will still be required to perform certain operational and decision-making functions due to ethical or operational complexity reasons. To support this, highly autonomous naval vessels will need to enable a small number of personnel to conduct operations and make key safety decisions while the vessel itself will largely operate autonomously with minimum operator interaction.'

Rigby told Shephard that another critical consideration of the work was the idea of a 'tipping point' in terms of developments on the road from traditionally crewed vessels to either fully autonomous or highly autonomous warships.

Rigby explained: 'To get to that point, you could incrementally increase autonomy in different systems. [In] The next class, you could make sure that all the pumps are operated autonomously, so you don't have to go around and manually check those every time. And then in the next class after that, you're bringing an extra level of autonomy to different features,'

'The kind of thing that we've been exploring is, is there a tipping point where you can't keep on doing those incremental changes as those changes on their own right, create such a big change in the overall platform design that you need a completely new vessel to embrace it.'

Asked which autonomous capabilities identified by BMT were the most mature, Rigby said they differ significantly depending on their purpose.

Using the example of recoverability, Rigby cited how firefighting systems were already commonplace in buildings on land but, while talked about, had not seen much integration in the maritime sector.

On the flipside, damage control also constitutes a part of a ships recoverability and is a capability that is hard to provide autonomously. Rigby said developing autonomous damage control solutions was one of the most complicated areas. He added it would be a struggle to establish a realistic capability in this area by 2040. 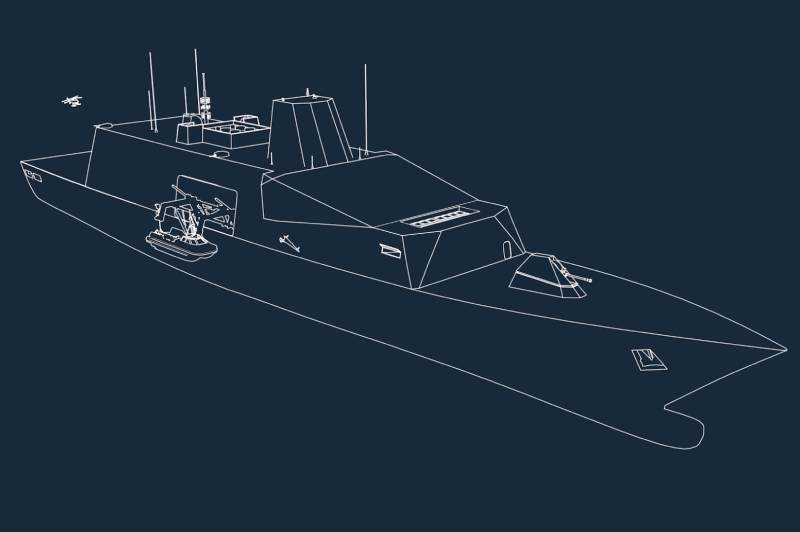 With its Highly Autonomous Warship Technologies programme, BMT wants to understand when certain enabling technologies will be matured and inserted into future vessels, producing a gradual pathway to more autonomous ships. (Photo: BMT)
Asked how BMT was taking the principles of the thought leadership programme into bids for potential future MoD work, Rigby said he could not discuss individual projects for commercial reasons.

However, he added that the company was not looking to turn the work into a design that could be bought immediately but instead utilising and providing a technological roadmap of developments.

Rigby said: 'The main core of the paper has a technology roadmap in it, which identifies across these seven development areas, what are the key enabling technologies that will enable you to have high autonomy in this area.

'What we're looking to do is looking at timelines then when things kick in when we are looking at these future programmes, future projects, we can look at that timeline and see this is looking to be built in this time period. Therefore, we are expecting these developments to be made at that point, and we would hope to see those aspects of autonomy integrated into the design.'

Work in the UK's shipbuilding pipeline includes the Fleet Solid Support Ship programme. BMT has bid for the work as part of a team alongside Infrastrata and Navantia.

Among other opportunities are programmes for up to five Type 32 frigates towards the end of the decade or early 2030s and up to six Multi-Role Support Ships (MRSS) designed to support littoral strike and maritime special operations, also in the 2030s.
Links :
Posted by geogarage at 1:08 AM